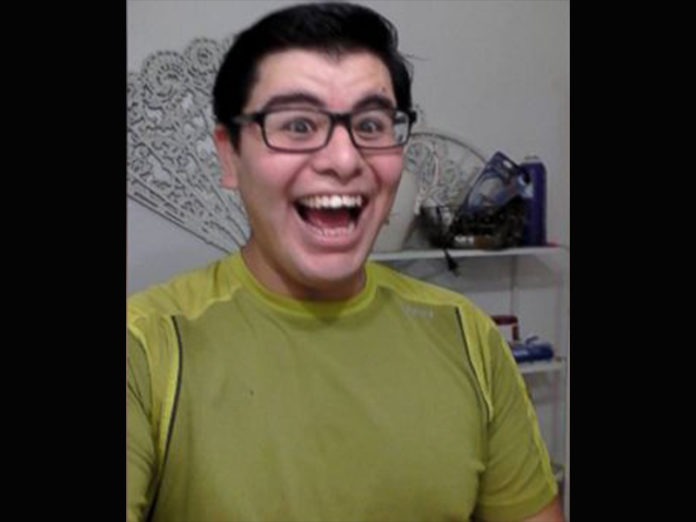 SAN BERNARDINO, California – A Riverside man was sentenced Friday to 20-years in federal prison for conspiring to commit terrorist attacks in the Inland Empire and for providing assault rifles later used in the 2015 San Bernardino terrorist attack that killed 14 people.

This sentencing concludes a case in which Marquez pleaded guilty in 2017 to conspiracy to provided material support and resources to terrorists. In the plea agreement and in open court, Marquez admitted that he conspired with Syed Rizwan Farook in 2011 and 2012 to attack Riverside City College (RCC) and commuter traffic on the 91 Freeway.

Marquez also pleaded guilty to making false statements in connection with the acquisition of firearms by serving as the “straw buyer” of two assault rifles that he provided to Farook. More than three years later, Farook and his wife used those rifles in the shooting rampage at the San Bernardino Inland Regional Center (IRC) on December 2, 2015. Hours later, both Farook and his wife were killed by law enforcement, ending what at the time was the worst terrorist attack on American soil since 9/11.

“This defendant was an active member of a conspiracy that planned to inflict death and destruction on innocent people,” said First Assistant United States Attorney Tracy Wilkison. “Today’s sentence is the direct result of actions that enabled a terrorist and laid the foundation for an attack that took 14 innocent lives, wounded 22 others, and shook the entire nation. By his own admissions, this defendant collaborated with and purchased weapons for a man he definitively knew held radical and anti-American beliefs – and who wanted to kill innocent people.”

“Mr. Marquez could have intervened to support law enforcement instead of supporting terrorists,” said Kristi K. Johnson, the Assistant Director in Charge of the FBI’s Los Angeles Field Office. “He might have thwarted the December 2nd attack, but he chose to stay silent before being captured. While the terrorists – whose names we may prefer to forget – paid for their crimes with their lives, the prison sentence imposed on Mr. Marquez today may deliver a measure of justice to the victims of the attack for which Mr. Marquez supplied the instruments leading to their deaths and injuries.”

The investigation into the deadly shooting at the IRC quickly uncovered evidence that, in 2011 and 2012, Marquez purchased two rifles that Farook and his wife used in the IRC attack. According to Marquez’s plea agreement, Farook paid Marquez for the rifles. Marquez also discussed with Farook the use of radio-controlled bombs during the planned attacks on RCC and State Route 91. Marquez admitted purchasing Christmas tree lightbulbs and a container of smokeless powder for use in bomb manufacturing.

Prosecutors argued in a sentencing memorandum filed last week that Marquez “was a full, willing, and motivated participant of the conspiracy who not only provided the agreement necessary for the conspiracy to attack RCC and SR-91, but also co-designed the attacks with Farook, purchased the two firearms and ammunition to facilitate the attacks, researched bomb making and obtained explosive powder and other bomb-making materials, and visited RCC and SR-91 to sketch out how he and Farook would attack the two locations to maximize casualties.”

Marquez was arrested about two weeks after the IRC terrorist attack and has remained in custody ever since his first court appearance on December 17, 2015. In imposing today’s sentence, Judge Bernal denied Marquez’s request for a five-year sentence, which essentially would have been a time-served sentence that soon would have resulted in his release from custody. In court documents, prosecutors called this request an attempt to “downplay the seriousness of his actions, and skirt that his actions contributed to the mass killing and injuring of innocent people in San Bernardino just a few years later.”

Once he completes his prison sentence, Marquez will be placed on supervised release for a term of 15 years.

Also as a result of the investigation into the IRC attack, three people have pleaded guilty to being part of a sham marriage scheme in which a Russian woman “married” Marquez to obtain immigration benefits. Syed Raheel Farook, 35, the brother of IRC attacker Syed Rizwan Farook; Tatiana Farook, 36, who is Syed Raheel Farook’s wife; and Mariya Chernykh, 30, who is Tatiana Farook’s sister, pleaded guilty to immigration fraud charges and admitted being part of conspiracy in which Chernykh paid Marquez to enter into a bogus marriage. The three defendants in the marriage fraud case are scheduled to be sentenced later this year and early next year.

In another case stemming from the investigation, the mother of Syed Rizwan Farook pleaded guilty in March to a federal criminal charge of intending to impede the federal criminal investigation by shredding a map her son made in connection with the attack. Rafia Sultana Shareef, a.k.a. Rafia Farook, 67, of Corona, is currently scheduled to be sentenced by Judge Bernal on November 16.