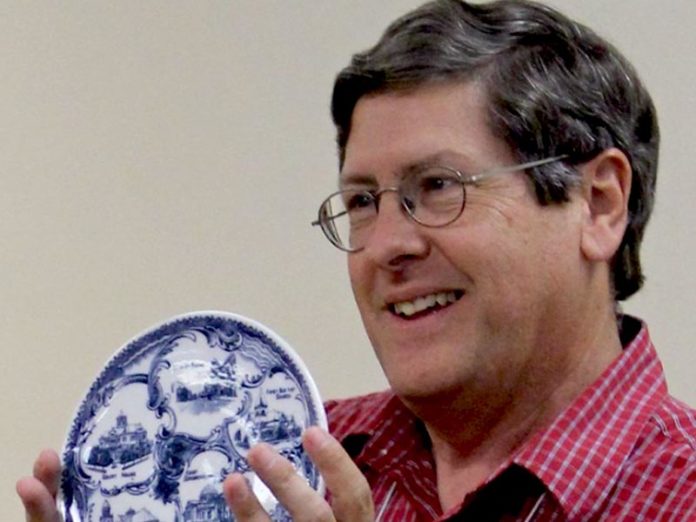 (A true son of southern California)

Many are the tributes to those who are well-known in a community.  Then the memory passes into the dust bins of history absorbed as are their remains…and they are lost to eternity. Not Phil Brigandi.

Phil was beloved and respected and honored. His legacy has no scandals or embarrassment. Phil was the real deal.

This past week the Hemet/San Jacinto Valley paid tribute to his life at the Diamond Valley Arts Council on Harvard Street in Hemet. There were tears and laughter, often mingled so that it was sometimes difficult to distinguish which were of sorrow and which were from some retold antic of his life…those things that made him different than others.  For instance, his very close friend and co-conspirator in many adventures, Steve Lech, spoke of Phil’s reluctance to become a 21st century maven. As Steve explained, “He simply refused to give up his dial up modem until there was no other choice. He tried Facebook once and found social media not to his liking. He was a real old-timer in so many ways, but he was always looking for new ways to explore and write about local history.”

Phil was first and foremost an historian. A former Orange County archivist and local historian he did not relish what he called “rich, ritzy, coastal, snobbish stereotypes.”
He was interested in facts and story before analyzing what he had written. One friend said of him, “He was an observer, and he observed what he observed. His primary goal wasn’t to pass judgment one way or the other.”

Lech said, “Someone once declared that we all die 3 times. At first is our physical death. The second is when the last person who knew you dies, and the third is when anything we created is lost or forgotten. For Phil Brigandi that will be a long, long time.”

Phil was an author, historian and explorer, but he will long be remembered as a friend who wished to investigate and browse through the relics of local times and he shared them with anyone who was interested.

Phil’s admirers and followers are legion. Although a native of Orange, California one might say that our Valley kidnaped him and raised him as our own for as long as we could.
Steve Lech related how he met and became so entwined with Phil: “Like many of the docents of the Mission Inn, I was assigned to write a research paper to add to the growing research in the library at the Mission Inn Foundation. My chosen topic was the “Ramona Myth,” so I wrote to Phil who was curator at the Ramona Bowl and asked for information. He wrote me back and invited me to the museum to talk to him and see our collection. When I arrived at the museum and was greeted by someone I initially thought was too young to be out of high school, let alone having a great-sounding job like Curator of the Ramona Bowl Museum, I soon found out he was no late comer. I got my information but also an invitation. I mentioned to him that I wanted to see Juan Diego Flats. The following week we took off in his jeep and during the trip I listened as he told the story of how an event in the 1880’s caught the attention of writer Helen Hunt Jackson which resulted in the Ramona tale and the Play that is now the most famous outdoor play in the country.”
Phil believed professional historians, if they chose, could put local historians like us out of business. He said, that they had little interest in local history and therein lay a niche for people like us. He believed that as long as there were local historians who were willing to do the work, to help others and encourage them along the way, then the local regions would be covered.

Phil had little tolerance for historians who did half-hearted work or in his words “Those who check off the boxes for a political aim or for political correctness..”
Phil wrote almost thirty books, seven of which were about our local community, i.e., Barnstorming the Desert, Borrego Beginnings, Temecula: At The Crossroads; 100 Years of Headline News; The Life of Randall Henderson; Garnett Holmes, California’s Pageant Master; Looking Back on the Ramona Pageant; Prayers , Presents, Gifts and Service (about the Hemet United Methodist Church and so forth.
Phil collaborated with Steve Lech to publish a compendium of Bill Jennings‘ (another beloved local writer and historian) writings entitled “On my side” which was published by the Hemet Museum in 2015.

Just how and why did Phil become such an humble icon?
For more than forty years he wrote about the Southern California Counties, becoming an historian just after graduating Orange High School when he joined the Orange Community Historical Society Board. At 23, he published his first book. Phil moved to Hemet and became the historian for the Ramona Pageant but later alternated his time between Hemet and Orange County.

Phil loved the places and the people who were living or had lived. You can bet on one thing for sure, if you had attended his memorial in Hemet, hosted by the ever-available and able Lori Van Arsdale, you would certainly know that he was beloved in this Valley and through his books, personal contacts and explorations, his name will be revered here for generations.

Phil always wondered who would replace him. “I replaced historians like Bill Jennings and numerous others. They are gone. Who is waiting in the wings to take over from me and Steve Lech?  I’m sure there is someone out there. At least I hope so.”
That was Phil-always thinking about others and submerging himself in the background.
You bet he will be missed…and remembered.