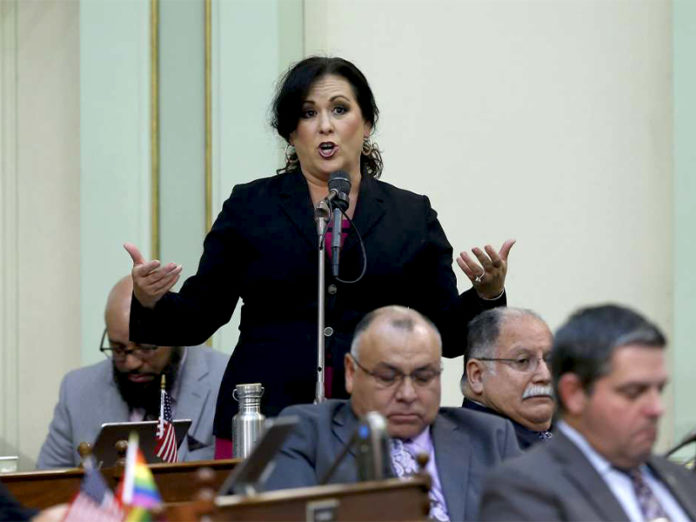 Many independent contractors complained of dire consequences after Assembly Bill 5 (AB5) became effective in California on January 1, 2020. Following intense lobbying and public relations campaigns, independent contractors in 15 industries have now been added to AB5’s list of freelancers who are eligible for an exemption from California’s extraordinarily onerous version of the so-called “ABC” test for independent contractor status. The new version of AB5 is called Assembly Bill 2257 (AB2257). It was signed into law by the Governor of California last Friday, September 4, 2020 and replaces AB5. Except for those fortunate industries and service providers now eligible for exemption from the ABC test, the new law only tweaks AB5 and is essentially unchanged in any meaningful way for the overwhelming number of companies and freelancers doing business in California. But as noted below, there are strategies that can be used by many companies in an effort to comply with AB2257.

AB5 dramatically expanded upon the application of the 2018 Dynamex decision by the California Supreme Court. Dynamex itself changed settled law in California that had been based on a test issued by that same court nearly 30 years earlier in a case called Borello, which considered all factors relevant to the classification of workers as either independent contractors or employees. In contrast, AB5 considers only three factors, and all three must be met to establish independent contractor status.

The decision in Dynamex was limited to so-called “wage order” claims and did not apply across-the-board to all types of independent contractor claims in California including overtime and expense reimbursement claims. AB5 changed all that, making the ABC test (instead of Borello) universally applicable to virtually all types of claims in the areas of labor, employment, unemployment, and workers compensation law for all industries except those that were eligible for the exemption. Thousands of companies that thought they were in compliance with California law under Borello were told by the state legislature: the rules have changed – and even if you invested time and money developing your business in this state, you’ll need to begin to make freelancers and all other independent contractors your own employees if you want to continue to operate here.

AB5 carved out from the ABC test certain freelancers in about 50 industries, as we described in our blog post of September 11, 2019 entitled “How to Operate in California with Independent Contractors after AB5 Bill is Signed into Law.” Those industries included:

media professionals (still photographers, photojournalists, freelance writers, publication editors, and newspaper cartoonists), provided they limited their contributions to no more than 35 per year;

AB2257 Adds Exemptions and Clarifies Others

In addition to the 50 of so industries exempted under AB5, AB2257 exempts from the ABC test a group of freelance positions from another 15 industries, including independent contractors providing the following types of services:

Under AB5, freelance writers, photographers, photojournalists, editors, and cartoonists were exempt if they submitted content no more than 35 times a year. This arbitrary numerical limitation has been eliminated in AB 2257.

In addition to expanding the number of industries eligible for an exemption, AB2257 modified AB5’s business-to-business exception. However, many companies may view this exemption as remaining essentially unchanged under AB2257. It still contains 12 specific requirements, all of which must be met, no matter how marginal some may be. Therefore, many business-to-business independent contractor relationships may still be unable to take advantage of this exemption merely because they cannot satisfy only one of the requirements.

At the same time, however, AB2257 specifically states that the referral agency exemption is not available to independent contractors providing services in:

• “industries designated by [two designated state agencies] as a high hazard industry,” and ten other industries, some of which have been targeted by regulators, legislators, and class action lawyers in California (janitorial, delivery, courier, transportation, trucking, agricultural labor, retail, logging, in-home care, or construction services other than minor home repair). AB5 had listed 10 specific requirements that referral agencies had to meet to qualify for the exemption. AB2257 now lists 11 conditions. While a few of the original 10 requirements in AB5 have been slightly clarified, only a few referral agencies will likely be able to satisfy all of the requirements to qualify for the exemption.

The continuing infirmities of AB5/AB2257

Similarly, there is no rhyme or reason why independent contractors in 65 specific industries are eligible for an exemption from the ABC test, yet contractors engaged in providing services in hundreds of other industries are not. This type of legislation lends credence to the belief that AB2257 unfairly favors some industries, thereby provoking outrage and a feeling that certain professions, trades, and occupations were unjustifiably overlooked.

In a reasoned article entitled “Complexity Is the Cost of California’s Worker Classification Law,” which appeared in Law360 on October 24, 2019, Professor Edward Zelinsky of Cardozo Law School concluded that many of the exemptions in AB5 (most of which have been continued in AB2257) are “opaque” and “ambiguous.” For example, Professor Zelinsky notes that the exemption for individuals performing marketing services only applies if they engage in “work [that] is original and creative in character and result of which depends primarily on the invention, imagination, or talent of the [individual].” As noted in the Zelinsky article, at least until a body of case law develops over a number of years, “it will often be unclear whether marketing activity is creative enough or imaginative enough to qualify the marketer as an independent contractor for purposes of this … exemption.”

Professor Zelinsky also examined a few other equally “opaque” and “ambiguous” exemptions, including the professional services exemption where a business must show that the professional service provider “customarily and regularly exercises discretion and independent judgment in the performance of the services.” He commented, “at least for the short run, and perhaps for the long run, this open-ended standard will entail substantial interpretative ambiguity, leaving the boundaries of the exemption unclear.”

As Professor Zelinsky concluded: “AB5 [now AB2257] does not make the law of employee status clearer, simpler or more uniform. Indeed, [it] makes the law more complex and less uniform than it was before.”

A further example of the lack of clarity is the legislature’s inclusion of the language “including but not limited” in the business-to-business exemption. Does that mean all other B2B relationships other than those expressly excluded are now eligible for this exemption, or will class action lawyers and regulators argue that the list is illustrative in nature and not open-ended? This will likely create years of litigation over which other B2B relationships are now covered by this exemption.

Another key deficiency of the AB2257 exemptions is that many require that every one of a long list of specified conditions be met. Few business-to-business contractors and few referral agencies, however, can realistically satisfy every single one of the 11 or more respective conditions for an exemption from the ABC test. Thus, these exemptions are essentially unrealistic for most companies in those types of businesses. The California legislature could have followed the lead of other states that have set forth an equally comprehensive list of factors for independent contractor status, but only require that a specified number of the factors be met.[1]

By creating such rigid exemptions, the Legislature overlooked the fact that many businesses in a particular industry may operate differently than others. The Legislature also overlooked the fact that while some of the specified conditions are essential in determining whether an independent contractor or employment relationship exists, such as whether the service provider is free from direction and control in connection with the performance of the services, some of the specified factors are marginal at best.

Thus, AB2257 is more complex than the Borello test it supplanted. It is under-inclusive in the types of professions and industries it exempts from the ABC test and overly rigid in terms of requiring businesses and contractors to fit into a fixed, multi-factor business structure if they wish to qualify for an exemption from the ABC test.

Operating in California with independent contractors after AB2257

An exemption from AB2257 is not a “get-out-of-jail-free” card; those businesses carved out from the Dynamex ABC test must still comply with the multi-factor Borello test. Many businesses in industries that obtained a carve-out will still be governed by the ABC test (and not Borello) if they are unable to satisfy any of up to a dozen specific requirements. Thus, those businesses that will be covered by Borello need to structure, document, and implement their independent contractor relationships in California consistent with that multi-factor test, which is similar in many ways to most of the varying tests for IC status under the major federal laws and a majority of state laws.

Many companies that have sought to enhance their compliance with both a multi-factor test and an ABC test have resorted to an enhancement process such as IC Diagnostics™, which elevates a company’s level of compliance with applicable state and federal laws by restructuring, re-documenting, and re-implementing IC relationships. This compliance approach can be done in a customized and sustainable manner without changing a company’s business model.

A process such as IC Diagnostics™ also can be utilized in an effort to meet the specific requirements under AB2257 for selected professional service providers, business-to-business contracting, and referral agencies. In addition, this process can be used to suggest changes to an existing business model that falls outside of AB2257 altogether.

Companies that are operating in California and elsewhere with independent contractors should also enhance and update their arbitration clauses with class action waivers. In doing so, they can most effectively limit class and collective action lawsuits, as we discussed in detail in an article we published in the Daily Labor Report by Bloomberg Bureau of National Affairs.