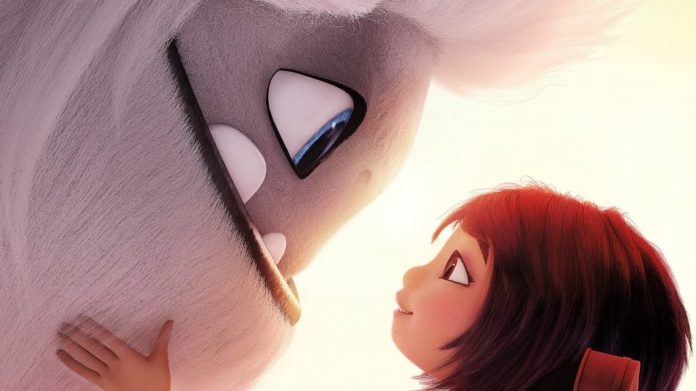 Abominable may feel boilerplate: Plucky loner finds an unexpected friend, a wild journey ensues with the help of a motley crew, and it ends with a buffet of lessons about the power of friendship, family, and self-respect. Also included: one incredibly cute magical yeti, all the better to incite both warm and squishy sentiments and encourage the inevitable purchase of a wide range of branded merchandise.

However, director Jill Culton adds unique touches to the formula including frequently stunning animation and goofy diversions of all stripe, along with at least two worrying soundtrack choices (kids like Coldplay?). The winning, warm nature of this China-set family film can’t be denied, and for all its predictable elements, “Abominable” is still well worth the trip.

Resourceful teen Yi (Chloe Bennett) is deep in the “denial and isolation” stage of her grief over her beloved father’s recent death. Instead of turning to the rest of her family for comfort — including her understanding mother (Michelle Wong) and her brassy grandmother (Tsai Chin) — Yi distracts herself by toiling at a series of odd jobs. Old friend Jin (Tenzing Norgay Trainor) is too busy trying to be Insta-famous to help, and his annoying but well-meaning little cousin Peng (Albert Tsai) isn’t entirely equipped to help a hurting pal.

And then there’s Everest (Joseph Izzo), a fluffy, bright-eyed, snaggle-toothed young yeti who has recently been captured by the nutty former explorer Burnish (Eddie Izzard, being very Eddie Izzard) and the tricky zoologist Dr. Zara (the great Sarah Paulson, indication enough that the character will have unexpected layers) and brought to Shanghai. “Abominable” opens from Everest’s perspective, as the young creature breaks out from his scary holding facility and hits the city, afraid and wounded and utterly alone.

Culton and her talented animating team strike a compelling balance here, capturing Everest’s fear and confusion without getting dark enough to terrify younger viewers. And seeing things from Everest’s frame instantly endears him to the audience. The sequence also introduces the yeti’s powers, which involve prodigious humming (conveniently, Yi is a musician) and vaguely amount to, “Well, he can do anything.”

Everest is soon hiding on the roof of Yi’s apartment building, where she also happens to spend most of her scant daydreaming time. Bound by their mutual affection for music, and with Burnish and Zara hot on Everest’s tail (clearly willing to take the young yeti back alive or dead), Yi makes a decision: Everest must get back to his home (Mount Everest, of course). Soon enough, she heads off to the peak with Peng and Jin, because this sort of story requires a mixed bag of good guys, and they trek across every inch of China in lush detail.

Told in vivid colors and a great respect for the awe-inspiring power of big, floating things (lights and flowers and even a lovely interpretation of music itself), the timeline mechanics and real-world implications of their map-spanning adventure fade away in the face of such a charming story. Culton’s script slips in plenty of laughs, from the introduction of another one of Burnish’s prized captures to good-natured jabs at the military team dispatched by Dr. Zara. The film’s many action sequences are zippy and well-constructed, and the best one even offers a nod or two to the classic imagery of King Kong.

Colton hits every beat required, including heartening evolutions for all the human stars and a slew of sweet lessons that should resonate with even the youngest audience members. The journey through some of China’s signature regions (from the Huangshan mountain range to the Gobi Desert and more), offering the chance for still more lovely animation and plenty of respect for the country as a location. The journey may be predictable, but that doesn’t mean it’s not worth taking.