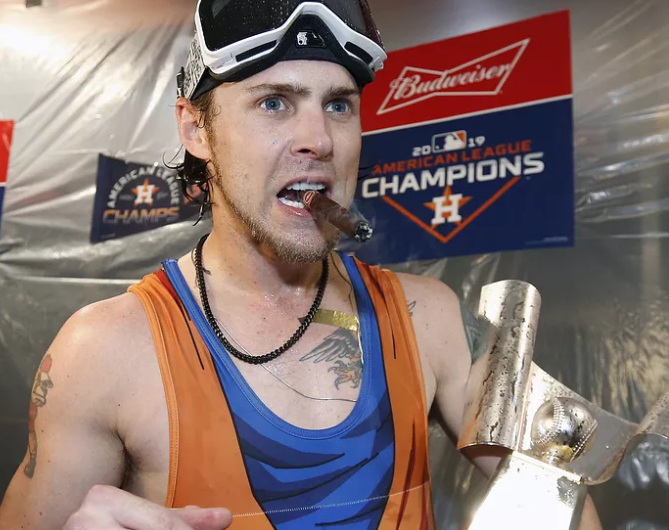 When Is Too Much Cheating… Well… Too Much?

As a coach myself, I have taught my athletes tips and tricks to set themselves apart from the competition: little things like grabbing a jersey as the opponent tries to create separation. These things are technically considered Illegal, yet everyone does them with the same philosophy, “if you ain’t cheating you ain’t trying.” I have said it, coaches have said it too me. It is part of the fabric on which athletes are raised.

Everything you can do to get an advantage, you do. Some athletes like Kobe Bryant achieved this legendary separation through work ethic and determination alone. He is infamous for waking up before the sun comes up and spending all day in the gym, working on the same sequence of dribbles and shots for hours on end until he was satisfied. Other athletes like Barry Bonds achieved their notoriety through the assistance of Performance Enhancing Drugs or P.E.D’s, helping him gain muscle and shred fat with minimal exercise. These drugs also help him gain incredible strength and speed that almost seemed unnatural.

In the latest development, the Houston Astros and Boston Red Sox have been caught stealing pitching signs from their opponents, including their World Series opposition the Los Angeles Dodgers. Sign stealing is nothing new in baseball, it’s been apart of the game ever since anyone can remember. However, there is a right way to do it. The Astro’s and Red Sox used technology to achieve this, rather than rely on personnel and sportsmanship. They set up a live feed camera aimed to the catcher, after decoding the catcher’s signs they would call into the dugout and a player would bang on a trash can to let the batter know what pitch is coming. All of a sudden, you aren’t in a game: you are in batting practice and the pitches are way easier to hit.

Dodger’s Pitcher Alex Wood had this to say about it, “I would rather face a guy who was on PED’s then a guy who knew every pitch before I threw it.” The story got worse. Apparently the trashcan method wasn’t good enough, so the Astro’s resorted to adding another piece of technology to the rouse, although this is still the product of heavy speculation and has not yet been proven: Astro players started wearing buzzers that were held down by Band-Aids/tape. The camera operator would have a clicker and each pitch had a designated click value (1=fastball 2=off speed 3=curve etc) even though it hasn’t been proven yet, there is plenty of very suspicious activities found on video and pictures that point to this being a very plausible reality.

What does this teach our kids in recreational sports? Does it teach that it’s okay to cheat as long as you win the championship?

Kids look up to professional athletes and hold them on the same pedestal as they do superheroes. These athletes are almost fictional characters: the things they do on the field/court seems otherworldly. To many kids, there is no difference between Lebron James and Iron Man. How are they supposed to look at their heroes now without thinking they are frauds?  The technique the Astro’s used proved to be effective, the split screens tell the full story. Houston Astro’s player Jose Altuve was viewed as one of these “Folk Heroes” destined to go down in history as an Astro Legend. Now it’s a different story: throughout the 2017 postseason he was an effective batter and proved to be a challenge, but break the splits down further and take a look. While visiting other parks Altuve had a .143 Batting Average and a .497 OPS (On Base + Slugging) now let’s take a look at when he was in his park and had “assistance” Altuve had an impressive.472 BA and a 1.541 OPS when at home. The MLB average BA last season was.248 and the OPS was.700 these numbers tell the whole story for you. When in another team park Altuve was a below-average hitter and actually put up terrible numbers for a Major Leaguer. When at home he was hitting like a god and appeared to be the next great baseball player that would be talked about for generations to come.

The MLB has already fined the Astro’s 5 million dollars, taken away draft picks and suspended coaches for next season (ultimately leading to them being dismissed from the team), but is that enough though? Maybe the MLB should strip the trophies and have no winners for the 2017 & 2018 seasons. After all, the kids are watching and if they don’t strip the titles, then the MLB is teaching these kids, “It’s okay to cheat, as long as you win.”