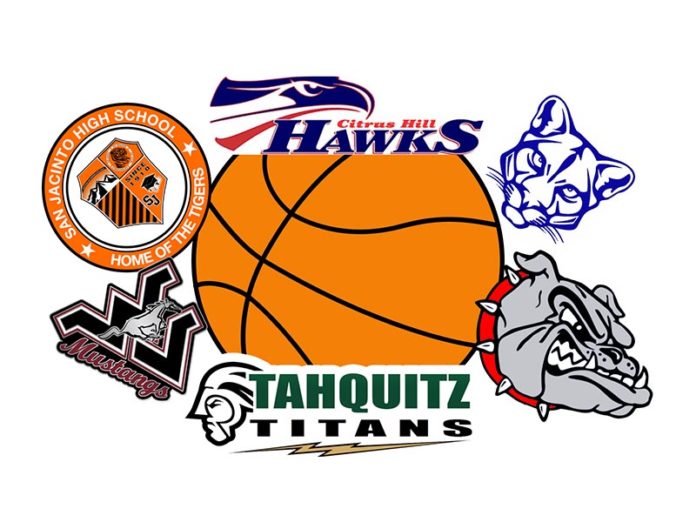 Winter is coming and Basketball season is here. Right here we will take a look at look at the local high school basketball teams and make predictions for the season. Last year Beaumont went undefeated in the league and won the Mountain Pass League Championship. This season the local high schools will be looking to earn that title back from them. Beaumont will be returning both of their leading scorers, Riley Sutton and Jayden Fordham. They only graduated four kids last year, so they have a really good shot at repeating as champions. Citrus Hill and Hemet finished tied for second place with a 7-3 record on the season.

Citrus Hill is returning their two leading scores from last season, but they’re losing two key players in the lineup due to graduation. I don’t expect them to miss a beat heading into this season.

Roman Swizek returns to Hemet for his junior season as last year’s leading scorer, joined by Max Moore. The two of them form an elite defensive backcourt as well as a lot of potential spot-up shooting. The big question is their front court: rumors are Adrian Ludwig moved to West Valley which leaves a big hole to be filled. Hopefully Hemet can find someone to grab rebounds and defend the paint.

San Jacinto should improve this year. Last year they went 2-8 in league. This year players like Kajiya Hollawayne, Sheldon Newton, and Damonce Williams will return to compete in the league. The addition of Antoine Sullivan should make a huge difference. Sullivan lead Tahquitz in points last year and brings intense energy to the defensive side of the ball. His leadership and skills should definitely help San Jacinto improve on their record from last year.  One drawback: Sullivan has to serve a “transfer penalty” before he is actually allowed to play.

Tahquitz went 4-6 last year, but losing Sullivan is a huge blow to the team. They graduated five seniors last year and lost Sullivan to SJ: that is over half the team. Tahquitz will basically suit up a brand new roster. Jayden Haywood and Darius Bennett will be leading this team now. It is hard to know exactly how they will play based on how much of the roster is changing.

West Valley will improve on their 0-10 league record that they posted last year. With key player Joshua Edwards back in the line-up. Joshua Edwards, Elijah Edwards, and Adrian Ludwig make up the three-headed monster at West Valley who will be trying to re-assert themselves as the top dogs. It has been a tough climb back up the mountain since they won CIF in 2009. Is this the roster that will bring them back to the top of the league?