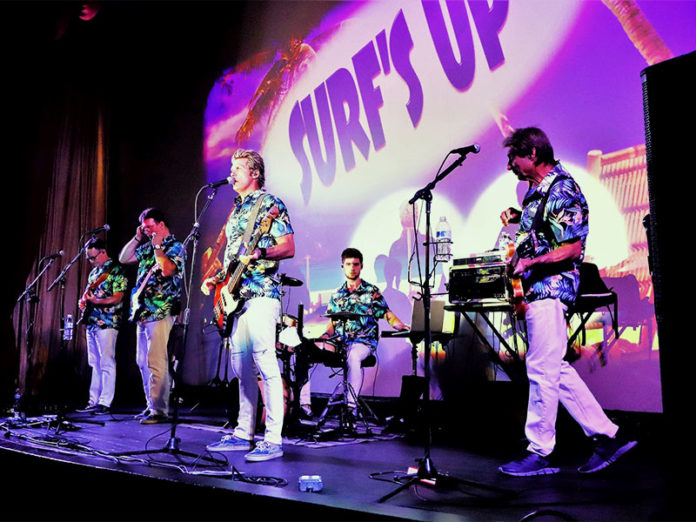 On Saturday, September 14th, SURF’S UP was in town, performing Southern California’s premier tribute to the Beach Boys at the Historic Hemet Theatre.

Led by Donny Goldberg, the band quickly got fans to their feet, dancing to the “sounds of summer” beat. From the first notes of “California Girls,” the crowd was singing along, every lyric a vivid reminder of the carefree sunny days of their youth.

As in every show since their first appearance here in 2014, when the wild beats of “Wipeout” began, a group of beach balls magically appeared, dancing over the room as the crowd cheered.

The fans joined in singing “Surfin’ USA,” “Little Deuce Coupe,” “I Get Around,” “Help Me Rhonda,” “Barbara Ann,” “Good Vibrations,” and on and on through the night.

At the end of the show, the crowd cheered for an encore and the band answered the call, singing “Fun! Fun! Fun!” Theatre CEO Susan Carrier joined the band for the refrain, playing along on an inflatable guitar as the audience roared in laughter.