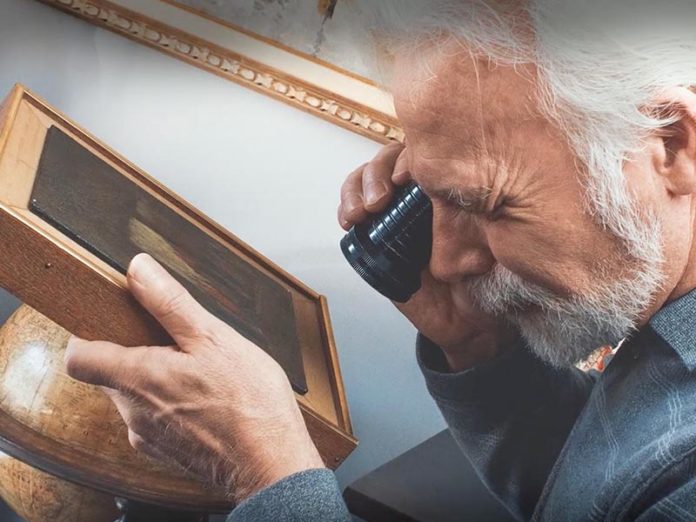 The Bible is one of the most studied texts in existence, but a new book reveals a previously unrecognized encrypted message in the Old Testament that foresees the birth, crucifixion, and resurrection of Jesus.

In the book, The Chamberlain Key: Unlocking the God Code to Reveal Divine Messages Hidden in the Bible, author Timothy Smith describes how he discovered the message by cracking a code in Genesis 30:20-24 in the oldest form of the Hebrew Old Testament.

Smith, an appraiser and restorer of fine art and antiquities, was researching his family history and became intrigued by the Torah after learning that his matriarchal ancestors were in fact Sephardic Jews, and early Christians of Jewish decent. He said in a statement that he was drawn to the specific passages in Genesis because of parallels between descriptions of the family of Jacob, known as the father of the House of Israel, and his own family.

Smith assessed the passages using an equidistant letter skip decryption method inspired by the Hebrew spelling of his name (the nine-letter Timotheus). He discovered not only his own name, but also biographical information that reflected other members of his family

As he reviewed the passage in Genesis using the code, Smith found details about the birth, crucifixion, and resurrection of Jesus. He also identified references to religious images, including the Rocio Madonna, clues to the location of the contents of the Ark of the Covenant, and warnings of the spread of anti-Semitism, hate, and violence.

Smith’s research methods and conclusions have been reviewed by experts, including Dr. Robert Jahn, dean emeritus of engineering at Princeton University, and Dr. Eugene Ulrich, chief editor of the Biblical Dead Sea Scrolls and professor of Hebrew Scripture and Theology at University of Notre Dame.

“Never before have so many high-level language and scientific experts agreed that the encrypted structures we have detected in this section of the Hebrew text, and the other structures logically predicted from this key code, are a very deliberate attempt by the Author of the pre-Christian text to make ‘contact.’ No other published ‘Bible code’ discoveries impress us in this way,” Smith says.

The Chamberlain Key takes readers through Smith’s journey of discovery, including his personal account of the spiritual experiences that inspired him to pursue his research into the Torah.

In addition, a history documentary series about the book and Smith’s story are in production and scheduled to air within the year.