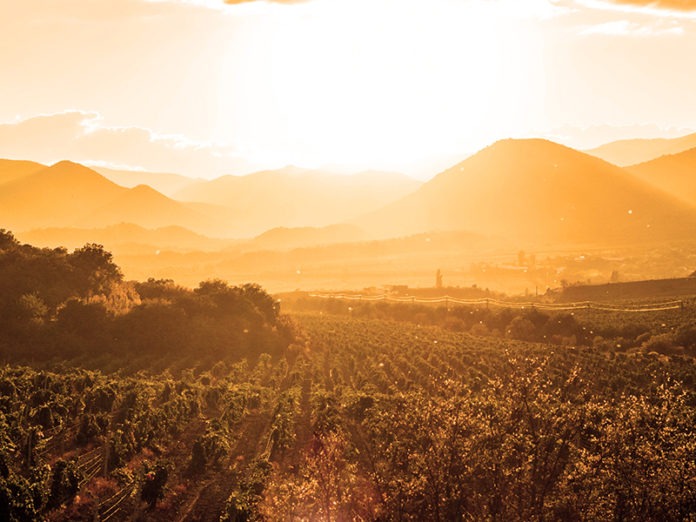 NAPA, Calif. (AP) — Will Abrams and his family packed their pickup truck with laptops, clothes, sleeping bags and a tent and quickly left their rental home in California’s wine country after seeing flames on a hill about a quarter-mile away Monday morning. It was their third hurried fire evacuation in as many years.

In 2017, Abrams woke up to find their Santa Rosa home on fire and cleared burning branches from the driveway so he could get his wife and children to safety. Their home was destroyed. Then last year, the family evacuated as another wildfire bore down on Sonoma County. They were terrified to cross into the San Francisco Bay Area amid smaller grassland fires sparked by power lines falling in the midst of strong, hot winds.

“This time we hurried up and packed up the car, and we were in gridlock traffic on (Highway) 12 while the flames were approaching from behind,” Abrams said Tuesday. He and his wife tried to entertain the kids by making conversation so they wouldn’t panic. “It was just obviously traumatic on a personal level, but also just that so little has changed since the fires of 2017 in terms of preparedness and prevention.”

They have been told this home is still standing. But with the Glass Fire still completely uncontained, the Abrams and their 12-year-old son and 9-year-old daughter are staying in Berkeley until they are allowed to return.

“I’m trying to prepare my kids and let them know that climate change is part of life and they’re going to have to deal with it as they get older and also trying to provide them a sense of safety and security. It’s not easy. But we should not accept this is the way it’s going to be,” he said.

The Abrams family is among thousands of weary wine country residents confronting another devastating wildfire. The Glass Fire, which started Sunday, has scorched more than 66 square miles (170 square kilometers) and destroyed about 95 structures.

It’s the fourth major fire there in three years and comes ahead of the third anniversary of a 2017 wildfire that killed 22 people. Three fires, driven by gusty winds and high temperatures, merged into one on Sunday, tearing into vineyards and mountain areas, including part of the city of Santa Rosa. About 70,000 people were under evacuation orders, including the entire 5,000-plus population of Calistoga in Napa County.

The Glass Fire spread rapidly and is now burning through land that was saved from the other recent wine country fires, Cal Fire Assistant Chief Billy See said. Some of the land has not burned for a century, while crews are now using old containment lines to fight the current fire, relieved slightly by easing winds.

It’s one of nearly 30 wildfires burning around California. The National Weather Service warned that hot, dry conditions with strong Santa Ana winds could continue posing a fire danger in Southern California through Tuesday afternoon. The state has already seen more than 8,100 wildfires that have killed 29 people, scorched 5,780 square miles (14,970 square kilometers) and destroyed more than 7,000 buildings.

Patrick Ryan, who lives in Sonoma County just outside Santa Rosa, stayed up the whole night trying to fight the flames and save his house, which survived.

“Surreal, let me just put it that way. It brings everything about that night in 2017 right back again,” Ryan said.

Mike Christianson and his wife, Mluz Torres, who were at an evacuation center Tuesday, had watched the fire engulf their Napa County home.

“It was within five minutes, the entire side of the hill was on fire. All trees, all burning, all roaring like a jet,” he said. “And at that moment, we realized that it was time to go. So we grabbed a few things, jumped in the car.”

“Many people are feeling the effects, many people are evacuating, and evacuated multiple times, and I just want everyone to know that we continue to support you,” Essick said.

The blaze tore through many iconic wineries in Napa and Sonoma counties and the five-starred Meadowood Resort, home to a three-Michelin-starred restaurant.

Further to the north, in what has already been a historically devastating wildfire season for California, a blaze in a heavily forested area of rural Shasta County has killed three people and destroyed nearly 150 buildings. The circumstances of their deaths are not known. More than 1,200 people were evacuated for the Zogg Fire, which has burned at least 62 square miles (160 square kilometers).

Zogg incident commander Sean Kavanaugh said winds from the north have subsided, giving firefighters an opportunity to get resources around the large fire.

“The weather has given us a break. We’re going to take the opportunity where we can, with the change in the weather, the calmness,” he said.

That area, too, has seen recent fire devastation. It was torched just two years ago by the deadly Carr Fire — infamously remembered for producing a huge tornado-like fire whirl.