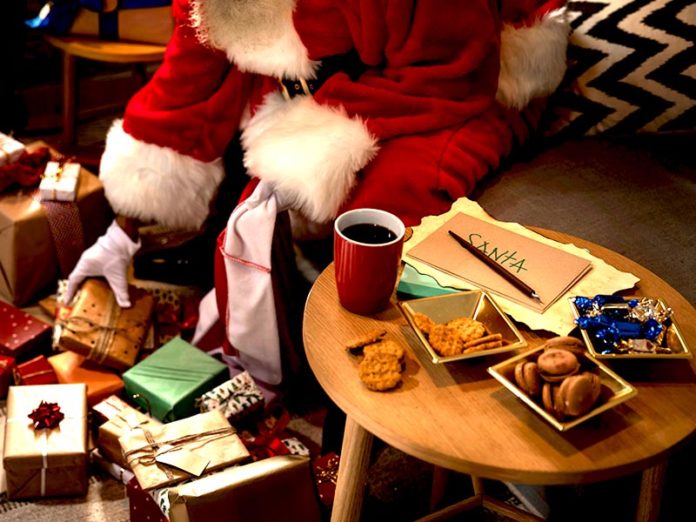 We often think of Christmas as our thing, celebrated in our fashion, allowing, of course, for Bethlehem. However, You might not have the faintest ideal how it happens in our neighbors north and south. Let’s take the cold country up north, first.

Their Santa Claus Parade began in 1913. The big to-do came about when Saint Nick was pulled through the streets of Toronto.  It now rivals our Macy’s Thanksgiving Parade with 25 floats and more than 2000 people participating.

The Inuit celebrate “Sinck Tuck” in some parts of the large country, a festival that consists of dancing and gift exchanging.

Throughout the country their exists all sorts of celebrations that we might consider strange. For instance, in the north people honor Saint Catherine, the patron saint of single women, with a taffy pull. It is a watered down version of our Lil Abner’s “Sadie Hawkins Day:” The women meet and greet eligible bachelors but are far too polite to yank them home by the hair of their heads.

Europe and Eurasia is well represented. Ukrainians (very much in the news these days) represent the third largest of their number in the world outside of the Ukraine itself, and they have their traditional Christmas with 12 meat dishes on the Christmas dinner table.

Nova Scotians fill their tummies with lobster and shellfish from the North Atlantic Ocean on Christmas Eve.

The Christmas Season ends on January 6th when the people of Quebec (highly French populated) celebrate “La Fete du Roi” when they bake a cake, place a bean in the middle. The lucky person who bites into the bean is crowned king or queen. The Spanish Canadians have a similar rite.

Then there are the Mummers who come out during the 12 days of Christmas, December 26 to January 6. The Mummers dress up in costumes similar to our Halloween, and go to door trying to get people to guess who they are. Somewhat different, I’d say, from Trick or Treat.  When the host doesn’t guess who they are, he or she is required to join them in some fun and games.

However, it got so out of hand that mummering is banned in most places. Mummering became an excuse for begging: sort of a trick or treat for cash, if you please. Most folks don’t mind giving up candy but draw the line when it comes to their gold and silver coins.

Children perform the ‘Posada’ processions. Posada is Spanish for Inn or Lodging. The Spanish culture is quite prevalent throughout Mexico. There are nine Posadas as a part of the Christmas story as they emulate that starry night when Joseph and Mary looked for someplace to give birth to her son. Many of the children hop on the back of a donkey for authenticity, which adds to the flavor of such an event.

Posada parties are held at different houses each night during the Christmas Season.  The final Posada takes place on Christmas Eve when the Posada house is found, a baby Jesus is put into a manger. Afterward, families go off to midnight mass. That is followed by a celebration of fireworks. The entire Posada season is filled with colorful costumes, music and lights.

Not unlike our own Hispanic communities, the Pinata is something to see. The Pinata is a very special deal and has a very special meaning. It is a decorated clay or paper-mache jar filled with sweets which is hung from the ceiling or a tree branch. It is often decorated as a ball with seven peaks around it. The peaks or spikes represent the ‘seven deadly sins.” Children are blind-folded to play the game, taking turns to club the pinata until it bursts open and the goodies pop out as children scramble to collect as many sweets as they can collect.  For colorful decorations, the nacimiento is still more popular than the Christmas Tree.

Known as ‘Noche Buena’ is Christmas Eve, also known as “Family day.” Banquets and celebrations are plentiful. Food, goodies include Pozole (a thick soup) made with hominy, chicken or pork and chilies topped with greens. Roast turkey, roast pork, tamales, bacalao (salt cod), romeritos (a green vegetable cooked in a mole sauce with potatoes and shrimp), salads galore, including Ensalada Nochebuena. The desserts are to die for, i.e., fried pastries sprinkled with sugar and cinnamon or hot sugar syrup. A warm punch called Ponche with fruit. (Also egg nog with rum slipped in).

Mexicans absolutely hold the patent on Poinsettias and they are abundantly displayed at every Christmas Celebration, which adds such brilliant colors to their celebrations.

As we all know, most people speak Spanish in Mexico, so when your Mexican friend wishes you “Feliz Navidad’, it doesn’t mean drop dead: it simply is a lovely way to say “Merry Christmas.”

Bet you didn’t know this one: The largest Angel Ornament ever created was assembled in 2001 by Sergio Rodriguez in the town of Nuevo Leon. It stands 18’3″ tall with a wing span of 11’9″. Now here’s the real trick – it was made completely out of 2946 old beer bottles and is considered a National Treasure by the locals.

During the next few weeks leading up to Christmas, I will be letting you in on some other Christmas celebrations that take place in spots around the world which you might not ever have hard of. So keep your reading specs handy.