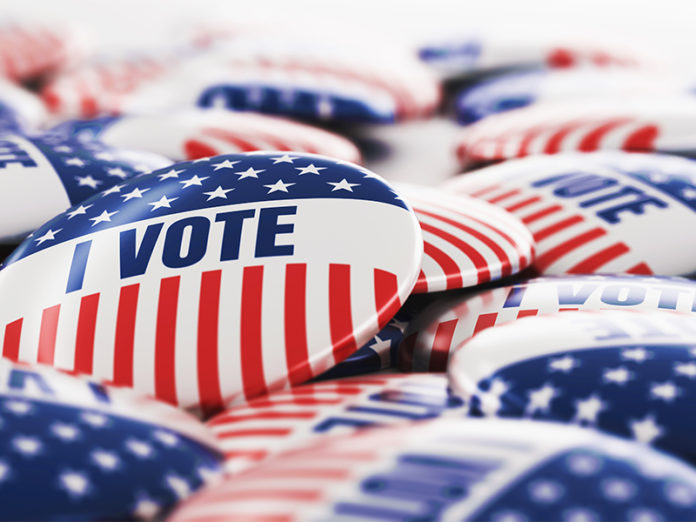 We have a national election taking place on Tuesday, November 3, 2020. We also have a local election along with numerous state propositions. Decisions, decisions. Defining what is being offered might help in making a choice you can live with. We are not fighting anyone; we are electing someone who will hopefully give us what we want.

How do you decide who the next president of the United States of America should be? That is largely dependent on what you believe you want. Civics 101! Here’s a summary of the two primary parties in the USA, the Democratic and Republican parties.

The Democratic party, the oldest in the history of the U.S., has changed ideologically over many decades. In its early days, the party favored slavery. That changed by the mid-20th century. The party began to support organized labor, civil right of minorities and progressive reform. It was during this period, the time of Franklin D. Roosevelt’s New Deal (1930s), that the party developed a policy of government intervention in the economy. In short, they began to insinuate themselves into the private lives of citizens. We can thank Roosevelt for the now institutionalized social security and minimum wages. Are those bad things? Absolutely not. The Bible is replete with scripture that talks about caring for the elderly and infirm.

Later, we watched the Civil Rights era of the 1960s. 1972 saw Watergate (Richard Nixon). 1992 brought us self-proclaimed centrist Bill Clinton. Over a period of decades, we could see an ideological shift, moving the mostly centrist politics of the Democrats to the left. This is not an indictment of Democratic policies and ideals. Generally speaking, the Democrats favor a centralized form of government. The online Encyclopedia Britannica describes the Democratic polices as ‘powers to regulate business and industry in the public interest; federally fined social services and benefits for the poor, the unemployed, the aged and other groups; and the protection of civil rights. Most Democrats also endorse a strong separation of church and state’. This was the bulwark of the “former” Democratic party. It all looks pretty good to me. Bear in mind, when someone hands you something, there is a price to pay; you wind up giving something away (some of your freedoms).

Let’s talk about the Republican Party. Did you know that the Republican Party was formed to oppose slavery? According to Wikipedia, “The GOP (Grand Old Party) was founded in 1854 by opponents of the Kansas-Nebraska Act, which allowed for the expansion of slavery into the western territories.” The long and short of it was that the Kansas-Nebraska Act created the territories of Kansas and Nebraska. The primary issue was slavery. Wikipedia goes on to define Republicanism as “supporting lower taxes (we all love that), free-market capitalism, restrictions on immigration, increased military spending, gun rights, restrictions on abortion, deregulation and restrictions on labor unions.” The Republican prefer less intervention and intrusion into the lives of citizens. They’ll help you if you need it, but you go under a microscope in order to get some help and they really encourage you to be self-sufficient. The Democrats are guilty of some of the same thing, putting you under a microscope and often declining your request for aid. Neither party has a perfect record of governing.

There is corruption on both sides of the aisle.

For a variety of reasons, the Democratic Party has moved further to the left and the Republican Party has moved further to the right. Who do you believe? What’s right for you? Before you actually vote, make a list of what’s really important to you. Vote your conscience. Don’t worry about your neighbor or your spouse or your family. Your vote is a very personal thing. Vote in a way that you believe is right and makes you comfortable. It doesn’t matter if anyone else agrees with it. There are other smaller, less effective parties, such as the Libertarians and the Green Party. I tend to stick with the “either/or” approach since splitting the vote does very little good. Someone has to win and someone has to lose. Do not be bullied into voting a certain way for fear of reprisal or rejection.

Onto the congress and senate. We’ve all seen the chaos resulting from a Democratic congress and a Republican senate. From the writer’s perspective, it is my belief that voters want to keep a balance and that’s why you see opposing parties often at war with each other. Your perception of balance may differ from mine.

Now that you have a general idea of what the two major parties espouse, making a decision should be marginally easier to deal with.

What about the local elections? The city council is supposed to be a non-partisan public office. Most of the candidates have not disclosed their political affiliation, but it’s pretty easy to determine where they stand when they describe their platform and what they want to effect if elected to office. In the case of electing a city council member, look at their websites, call the candidate running for the district in which you live. If they don’t have a website, go to Facebook or some other social media site and read the kinds of comments you see there. Call the candidate up (yes, call them on the phone!) Ask them questions. They will be so happy that you are seriously considering them as a council member & they will be glad to answer your questions. If they do not give you satisfactory answers to realistic questions, you probably don’t want to vote for them. You can send them an email and ask them to respond. Most of the time, candidates will respond to your requests for information (which is more than I can say for either of the local political parties). You may have to follow up (nag them). If they want your vote, they’ll respond. In this particular election, we have some pretty good candidates.

Regarding the Treasurer slot, do your homework. There are two candidates for this office and both have considerable experience.

The city of Hemet (and all other cities) require that you fill out a form disclosing the source of your income (form 700). If you get caught in a lie, shame on you. The city forwards that form to the state. You would be amazed at what you can find out about a candidate when you search the Internet. You have to search their name, the name of any company they are affiliated with, lawsuits, any licenses they may have, actions taken against the individual, all kinds of stuff. Check YouTube. Call the candidate, email them. Both candidates are looking for volunteers too, and the council candidates are looking for volunteers.

Let’s not forget the Board of Education and other slots openings, including judicial seats. You have to do the same thing with these candidates. There are some pretty interesting facts about some of the past judges that felt they were qualified to sit on the bench. It takes time to do all this research. I worked, had a family to take care of, other time-consuming commitments, but somehow, I found the time to do it in our last election of 2016). It was that important to me.

Read, read, read. I do an absentee ballot and that gives me plenty of time to research everything.

I do not mail in my ballot; I drop it off at a polling place. You would think I’m paranoid about eh U.S. postal system (I am). I want to be sure it gets where it is supposed to go. Did you know you can track your ballot online?

Go to the Registrar’s website and look for the information.

Lastly – the propositions…California holds the record on propositions. You need to read the text of these things. The text is often cumbersome and contradictory. There is something in grammar known as a “double negative.” A double negative is when you have two negative components in one sentence, statement, etc. It’s meant to confuse the reader. The lobbyists who write these propositions are good at that.

Remember proposition 6 that repealed the gas tax? Do you know why it lost at the ballot box? Because the text was full of contradictory statements. It confused the heck out of many people. There are twelve propositions on the upcoming ballot. Read the text, then go to YouTube to look for the arguments, pro and con. In most cases, the choice will be clear.

This is Civics 101. The upcoming election is a hugely important one and will define the direction in which this country will go. The same is true of our local election. If you’re unsure about current council members running for re-election, go to the City of Hemet website and look at the minutes for the last year or so. See how the council member voted. If you disagree with some of their votes, you may want to do a little more research.

Review the history of our country. I wouldn’t count on reading the civics books the kids bring home from school. Sadly, history is being erased and recreated before our very eyes. Don’t throw away those old college textbooks, dust them off and start reading some of them again. We are, after all, still the land of the free.

If you are looking for an impartial view on local politics, visit Hemet Politics on Facebook.

See you at the polls!