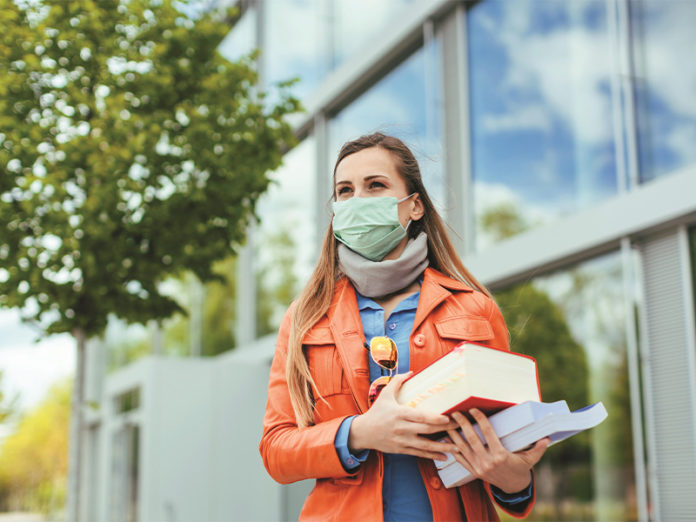 The move to online classes at colleges and universities to deal with COVID-19 isn’t making the grade with many Americans.

A whopping 80 percent of those currently saving for an in-person higher education, either for themselves or their kids, said in a new poll from Edward Jones and Morning Consult that they worried the “quality of education” may suffer as a result of the switch to partial or full-time remote instruction – with 35 percent stating they were “very concerned.”

That statistic alone should trouble schools like Harvard University, where tuition runs about $49,700 annually, that are already under fire from students and parents over their current refusal to lower costs this academic year. However, pandemic aside, the national poll of 2,200 adults also hinted at the impact of critics who question whether the return on investment is worth it for at least certain degrees:

* 20 percent of respondents were more likely, at least for now, to skip getting a higher education and instead seek full-time employment or an internship.

* Another 20 percent were more apt to take “a gap year” before continuing their schooling.

* 17 percent were leaning more towards attending an in-person trade or vocational school.

* Another 17 percent were more likely to attend an in-person community college.

Things, of course, could change dramatically once the coronavirus either runs its course or a vaccine is found. In fact, Tim Burke, who’s responsible for education savings at the financial services firm Edward Jones, makes the case that people should take the long view in what he calls “this period of uncertainty.”

“As learning environments and needs change in light of the pandemic,” he said, “it’s critical to keep in mind that higher education will continue to be important. So proper steps to save should remain a top priority.”

Experts agree that one of the best ways to do so is through what’s known as a 529 plan. Unlike personal savings accounts, these state-sponsored plans -which 21 percent of those polled already use – have for decades provided a tax-advantaged way to sock away money to cover tuition, books, and other expenses at most accredited two- and four-year colleges, universities and vocational-technical schools. Private K-12 education, student debt repayment, and registered apprenticeships were also recently included.

“Yes, educational expenses would include a new laptop or internet access for those who choose to learn from home,” said Nela Richardson, an investment strategist at Edward Jones.

Exactly what does “tax-advantaged” mean?

Simple. The earnings in those 529s – typically comprised of a portfolio of funds – accumulate tax-free, and qualified withdrawals are exempt from federal income taxes.

The federal gift tax exclusion allows a contributor to give up to $15,000 a year, per beneficiary, or $30,000 for married couples. But here’s what a lot of people don’t realize: While almost every state has its own 529 plan, there’s no “home-town” restriction that would keep you from selecting one with a higher total aggregate cap – some are more than $500,000, which would come in handy for those also thinking Harvard Medical School – or a more attractive mix of funds.

Edward Jones has an online tool that provides an idea of how much college will cost you looking as far as 18 years down the road. Though with so many variables affecting your education savings strategy, you might want to talk things over with a local Edward Jones financial advisor who’ll also work up a free report illustrating whether you’re on track to meet your savings goal.