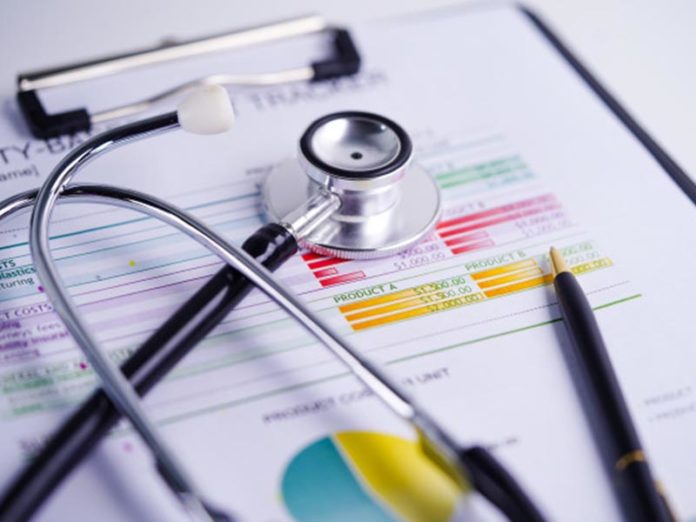 At the Texas hospital where Dr. Christopher Moriates works, it’s a common story: Patients come in with diabetic ketoacidosis, a life-threatening condition that can be prevented with insulin shots.

“They say they couldn’t afford or are self-rationing their insulin,” said Moriates, a hospitalist and executive director of the nonprofit Costs of Care.

While many of these patients are uninsured, others are foregoing medicine because their private insurance plan has a high deductible or requires a hefty co-pay. That’s why Moriates wasn’t surprised to hear about a new study that found people with private marketplace insurance plans are more likely to avoid medical care and face financial problems than adults with Medicaid, the state-federal health plan for low-income Americans.

“Once again, it reaffirms the incredibly widespread unaffordability of health insurance — even for people with insurance — and how it’s affecting their behavior,” he said.

In fact, 19% of people surveyed with private marketplace plans — often called Obamacare plans — skipped prescriptions, delayed care and faced financial problems. That’s much higher than the 10% of Medicaid patients who did the same, according to the paper, published in the Journal of General Internal Medicine this month.

Such findings have direct implications for the current Congressional debate among Democrats over how to nudge the dozen holdout states to expand their Medicaid programs — potentially by using health exchange plans as a bridge.

What may be more surprising, though: Researchers found that people with Medicaid benefits were just as likely to have their insurance accepted by a doctor as those using these marketplace plans.

“There’s a prevailing idea that private insurance is more likely to be accepted by physicians — even if it’s a marketplace plan—and we didn’t see that,” said Dr. Sonali Saluja, who co-authored the paper with Cameron Kaplan, Pooja Dhupati, and Dr. Danny McCormick.

With tens of millions of Americans still without insurance, it’s important to evaluate how these approaches are faring, both absolutely and comparatively, said co-author Danny McCormick, an associate professor of medicine at Harvard Medical School.

“Do we build on marketplace plans or other public programs like Medicaid?” he said. “We think comparing will help inform these policy decisions and help people figure out what works better.”

The study used national survey data for more than 37,000 adults who had marketplace, Medicaid or employer-provided coverage. People with employer-sponsored plans fared better in areas such as access to providers. But they, too, were more likely than Medicaid enrollees to delay or forgo care because of cost.

Among other key findings: 32% of surveyed adults with marketplace plans said they were “very worried” about being unable to pay their medical fees if they were in a serious accident or had a major illness. That’s compared to 26% for adults enrolled in Medicaid plans.

A large percentage of both marketplace (21.5%) and Medicaid (20%) enrollees reported skipping their prescribed medications because of cost concerns. Those numbers jumped even higher when separating out people with chronic medical conditions such as diabetes.

While researchers didn’t parse out the specific drivers of out-of-pocket costs, those with marketplace plans likely faced some combination of high deductibles, copays or coinsurance, in which a patient must pay a percentage of their bill, Saluja said. The marketplace plans might also have narrow networks, increasing the chances that they face large bills for out-of-network care.

“Do we build on marketplace plans or other public programs like Medicaid? We think comparing will help inform these policy decisions and help people figure out what works better.” — Danny McCormick, Harvard Medical School

By comparison, Medicaid generally requires no premium payments and there’s no or minimal deductibles and co-pays. Still, some states can establish out-of-pocket costs and several have monthly limitations on the number or type of prescriptions.

“Patients with Medicaid struggle with many different things often related to life circumstances and social needs, but there is some sort of sense there are options for me to get care if and when I need it,” Saluja said.

Since the study used nationwide figures, there are some limitations, said Simon Haeder, a Penn State School of Public Policy professor whose work focuses on the Affordable Care Act and who was not involved in the study. For instance, it would have been interesting to compare Medicaid to marketplace plans by state to give a sense of how these findings vary geographically.

Another important caveat in the findings: The data came from 2015-18, a period that captures the landscape after the dust settled on the ACA but before the pandemic led to job and insurance losses as well as delays in care. We still don’t know the long-term impact of the pandemic on factors such as health care costs and access to care, he pointed out.

“It feels like a different world at this point,” Haeder said.

But the study’s findings make sense given the cost-sharing structure of many marketplace plans, he said. Even though cost concerns among Medicaid enrollees were much lower among those surveyed, they are still “strikingly bad,” he said. And those with employer-sponsored insurance are also feeling the pinch.

All of that underscores just how much remains to be done to realize the ACA’s goal of easing health care’s financial strains, Haeder said: “We’re very far away from people accessing medical care without being worried what it will do to their pocketbook.”