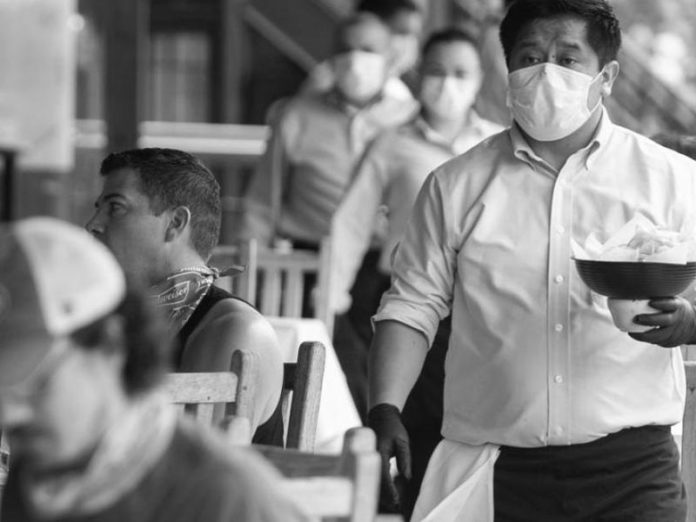 As every state now has reopened some element of society after full lockdowns became the norm in recent months, scientists and reporters are watching for a COVID-19 resurgence.

But how will we know?

There are several confounding factors to consider as you watch for and report on renewed spread of the disease.

The first thing you should do is remind your audience that the coronavirus is not dead. It may be obvious to you if you are reporting on the virus every day or tracking case counts, but some people appear to believe the virus will soon burn itself out. Some of that confusion has been created by — or at least amplified by — the media. So it’s worth noting that there are nearly 9 million confirmed cases of people infected with the virus worldwide — more than 2.3 million in the U.S. alone —and likely many more who have never been diagnosed. Unlike smallpox, which was wiped off the face of the earth with an intense eradication effort, the SARS-CoV-2 virus is till very much alive and will be until we develop and then distribute a vaccine. That means as states reopen, people who are carrying the virus are now going to be in more regular contact with other people and infection numbers will go up.

Making matters worse, people are spreading the virus without showing symptoms of the disease themselves. This is one of the most challenging aspects of this disease and one that cannot be underestimated as we gradually reopen stores, factories, and offices. You can be carrying the disease, spreading the disease, and yet feeling no effects from it yourself. This makes it very different from many other infectious diseases, where people who are sick can isolate themselves but the healthy can go about their lives. If you have a cough, stay at home. Not so with COVID-19. “The substantial asymptomatic proportion for COVID-19 is quite alarming,” Dr. Gerardo Chowell, an epidemiologist at Georgia State University, told the New York Times. Asymptomatic spreaders are one reason wearing masks can help — it lessens the spread of respiratory droplets from those who don’t know they’re carrying the virus.

We know more now than we did two months ago, and there’s still a lot we don’t know. This is the most complex problem and the one that keeps tripping up reporters. We know, for example, that even to date, relatively few people have been tested for the virus. People who had symptoms of the disease when the health care system was at its most stressed were never tested because tests were unavailable, or hospitals were forced to triage, or people feared venturing out. Thousands were never tested. Now tests are increasingly available. (Tests are a complicated topic, too. Read Kellie Schmitt’s useful piece about testing as a great starting point.)

We also know that people who don’t have symptoms can spread the virus. Now people who need to be tested because they are sick are getting tests and people who need to be tested because they are returning to work are also being tested. That testing information is going to greatly improve our understanding of how the disease is spreading. And as we learn more about how the virus works, it causes government agencies and academics to reevaluate the evidence. That will change past case counts, death counts, and other measures related to the disease. We have already seen some of this happen throughout the pandemic with the big corrections in case and death counts coming in large population centers in New York and Italy. We’ve also seen corrections in states that were lumping diagnostic tests and antibody tests into one number. Learning more in the present changes our understanding of the past and our projections for the future. So when you start to see case counts go up in a state that has reopened, ask the question, How much was really known about case counts or death counts in that state to begin with? How much of the rise is due to better testing? How much is due to better surveys in the population?

The last thing to recall is that permanent lockdown is not an option. Maybe there is some (shudder) future where we all live in our own personal bubbles and do our jobs without talking to each other face to face and socialize only virtually. But that future is not sustainable right now. A massive number of people are out of work or barely working. They have bills to pay and families to feed. One of the reasons some people are so angry about the government response to COVID-19 is because they are under extreme financial pressure. More than 40 million Americans have applied for unemployment benefits since the crisis began. If you had a choice between keeping a roof over your head or risking the chances of getting — or spreading — a disease that may or may not actually impact you personally, which would you choose? If you’re enjoying continuous employment, it might be hard for you to get yourself into that mindset, but it’s worth trying.

As a reporter, you can help society transition back to a world that is working again but doing so in a way that lessens — but cannot quite eliminate — the possibilities for disease transmission. As you watch for a resurgence in the disease, keep these confounding factors top of mind. This virus requires a new level of sophistication to get the reporting right.