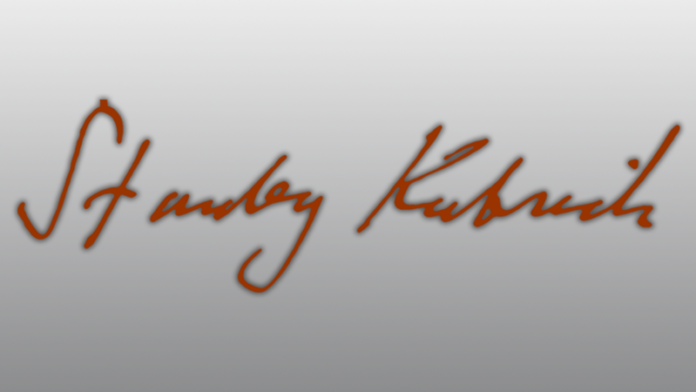 “Whatever today’s filmmakers do, I can do better,” Kubrick said to himself in those days when he was engaged in photography, just before he began his journey to become one of the greatest filmmakers of all time. Photography gave him the vision and the talent to tell stories through images, and these planes scream the true personality of this monster of cinema: perfection.

Such as John Ford, Alfred Hitchcock, Orson Wells, Federico Fellini or Roman Polanski, Kubrick captured his deepest obsessions in his films. But he went further, much further, where the level of perfection in his art was almost unbearable for those around him. His famous phrase was: “Very well, now again.” Something that made his stars nervous. “How can someone make you love him in a moment, and then hate him the next minute,” said actress Nicole Kidman after filming “Eyes Wide Shut.”

At the young age of 23, Kubrick began with short films such as “Day of the Fight,” but it would be “Fear and Desire” the piece that would premiere him as a filmmaker. His second film, “The Kiss of Murder” was his second film where he tells with wit and passion the story of 2 men who fight for the same woman. After “Perfect Beating,” a 1956 thriller where we see a detailed robbery perpetrated by ordinary people, Kubrick finally gives us his first great work “Paths of Glory” and from here the spotlight began to point to him.

In “Paths of Glory” we see reflected one of the techniques that would define most of Kubrick’s films: lateral tracking with traveling following characters. In this film we see soldiers leave the trenches around bullets and explosions and, later this would be honored by Steven Spielberg in his movie “War Horse.”

After “Spartacus,” Kubrick understood something. He knew how he wanted to make films, but the big producers did not let him. It was from this point that he did not allow anyone to come back between his heart and his art; and so that is how “Lolita” came.

This film is a controversial adaptation of the novel of the same name written by Vladimir Nabokov that tells the story of a pedophile man in his fourth decade that relates in detail his passion for girls, and how he fell in love with his 14 year old step daughter Lolita.

In those days, these type of taboo topics were very difficult to handle, and the chances of being rejected by the audience were too high for the taste of the producers. Kubrick however knew how to make an original, clear, concise and correct plot, with a lot of argumentative details and subplots that led to the first scene of the film, which was a murder, but Hollywood again censored the filmmaker.

Despite having appeared almost always on the list of Oscar nominees, as with his satirical “Dr. Strangelove,” he was always ignored by the Hollywood academy. The only Oscar he achieved in his entire life was for “2001: A Space Odyssey” where we can appreciate how Kubrick summarizes in a split second, millions of years of evolution: the greatest time ellipsis ever seen in the history of cinema.

This was also one of the most expensive projects of the capricious filmmaker, who came to spend 10 million dollars (a great excess for the time) of an initial budget of 6 million. What could you expect from a madman who does not rest until he is surrounded by experts from NASA and build a huge rotating centrifuge to recreate the gravity environment of space?

At the end of the day the expense was worth it. Few blockbusters achieved what this Science Fiction movie did, raising $57 million dollars only in the United States, a great success considering that this film was so indigestible for the public; there is barely 40 minutes of dialogue in a footage of much more than two hours, full of philosophical questions and musical compositions such as “The Blue Danube” and “Thus spoke Zarathustra.” It is practically one of the first examples of video art that triumphed by surprise in the moments before the psychedelic era.

The artistic sense of this giant of the cinema flourished in  “A Clockwork Orange” where the colors, the contrast and the unusual shots with their powerful lenses stood out. The most lucid moments with a dry and cold photograph; and the most insane ones with harmonies of colors and a certain irony in the environment.

To make the shot where “Alex DeLarge” jumps from the window to end his misery, Kubrick threw a reflex camera to recreate the scene with a subjective shot; the lens was destroyed but Kubrick got what he wanted. Everyone around him knew that he always got what he wanted, such as when he bought the song rights “Singing in the Rain” for $10,000 after actor Malcolm McDowell decided to hum it casually at the scene of the violation in the writer’s house.

In this piece we can appreciate that point where beauty and violence come together exquisitely to create a satire of evil and violence related to the most beautiful classical melodies. One of the films with the most history of censorship in the industry.

The riskiest movie of Kubrick was probably Barry Lyndon. There are critics who consider the riskiest one was his last film (Eyes Wide Shut), but for that premiere, we knew who Kubrick was and from where the blows were going to arrive.

Barry Lyndon is a film with an impressive script, which is not based on the dialogue or its characters, but on the place where it develops; quite uncommon for the time. The movie is slow and elegant. Baroque style, both in musical ambiance and in set design. The costumes and hairdressing are unbeatable. Sets were more than adequate, and the photography worthy from the filmmaker.

Kubrick’s obsession was so much to present a piece taken from the memories of the eighteenth century that ordered hundreds of candles for the final illumination of this film, something quite risky and difficult for the cameras of the ’70s.

He took production and shooting so seriously that it was scary. They repeated a scene 40 times in a pigeon house, with real pigeons. Of course, they did not give the Oscar to Kubrick and friends close to the director commented that was probably the main reason why he did not make another movie in a long time.

However, it was not forever. “The Shining,” an adaptation of Stephen King’s book and one of the most remembered horror films meant, the return of the monster from the nightmares of the actors. The psychological torture that the actress Shelley Duvall received from the director to perform realistically the famous scene of “Here is Johnny!” was very intense to make her look really horrified. “My eyes were so swollen from crying for several hours that there were times when I wanted to quit,” said Duvall. But that was not all; Duvall was forced to perform the exhausting baseball bat scene 127 times. Afterward, Duvall presented Kubrick with clumps of hair that had fallen due to the extreme stress of filming.

Then he adapted “Full Metal Jacket,” returning to the warlike genre but with much more agility and violence than in “Paths of Glory.” The budget of the film was an exaggeration. Many buildings and bridges flew. They even resorted to military-type explosives. However, the war scenes are impressive, probably much more than “Saving Private Ryan.” The realism was atrocious and shocking.

Kubrick worked hard during his career in the research and documentation of one of his favorite historical characters “Napoleon.” This is considered the great work never made by Stanley Kubrick. It was the great monster of his nightmares. Despite having rooms full of documents and information, the filmmaker was not satisfied. He felt that he needed more to be able to achieve this masterpiece of his life, a film that would never see the light.

Kubrick inherited all this information, plans and ideas to Steven Spielberg along with a project he was working on just before his death. “A.I. Artificial Intelligence. “Although Spielberg did produce and direct the last one mentioned, he has not dared to produce Napoleon, because he feels that the only filmmaker capable of realizing it with the greatness and wit it requires is gone.

Great writer, creator, and narrator, Stanley Kubrick is the only director who is not pigeonholed in one or two genres since he has in his portfolio several genres of film. However, despite the fact that each of his films are so different amongst each other, the signature of Kubrick can be clearly perceived; when you watch a Kubrick film, you’re seeing the inside of his mind.