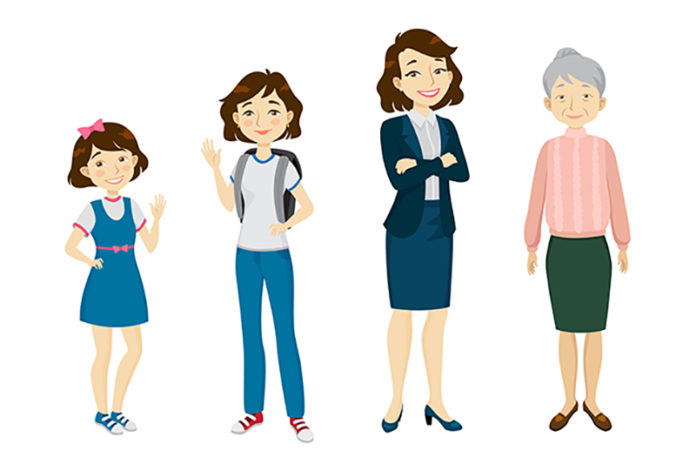 Dr. Stephen Marmer is a psychiatrist in Los Angeles and is affiliated with UCLA Medical Center.  Years ago, I heard him on a radio talk show discussing what leads to maturity in individuals. He said that there are three major qualities that we must develop to accomplish successfully reach maturity: mastery over the past, a high capacity for anxiety, and the willingness to take on responsibility.  I want to focus on the first characteristic, mastery over the past, which seems foundational to the others. We need to go back to go forward.

Nobody comes from a perfect home, with caregivers who never made mistakes.  As much as I appreciate my parents, I faced challenges in my life for which they did not adequately prepare me.  I had to master the dysfunctional parts of my past to successfully mature as an adult. Some of the rules and patterns I learned in my family of origin were distorted and handicapped my ability to face all the circumstances I encountered as I grew older.

The Beavers Systems Model of Family Functioning delineates five styles of family relating.  Level 5 is the Family in Pain. It is the most dysfunctional level of family and is characterized by chaos and incoherence.  Family members have feelings of fear and a permanent sense of pending danger. It’s like living in a state of anarchy or civil disorder.

Level 4 is the Borderline Family.  At this level, the family has dealt with its chaos and lack of structure by installing a tyrannical leader, often the father.  He strictly regulates the behavior of the family, down to what everyone will eat for breakfast. Everything is seen as black or white, and any attempt to develop one’s personality is viewed as treason.

Level 3 is the Rule Bound Family, and most families fall into this mid-range category.  The tyrant has been deposed in favor of an internalized system of rules, silently agreed upon by family members.  They live by a code of “oughts” and “shoulds,” which must not be violated. To the outside observer, this family appears to function relatively well, yet individuals suppress spontaneity and emotion to get along with each other.

Level 2, the Adequate Family, and Level 1, the Optimal Family, share many common characteristics.  They are flexible and resilient in the face of conflict. Power is shared, and differences among members are celebrated, rather than suppressed.  Level 1 families can adapt better than the previous levels to changes and challenges as they progress through the many phases of life. They maintain a high level of emotional connection and hold the belief that they can successfully work through conflicts.

Which level best represents your family of origin?  How successfully have you freed yourself from the hang-ups from the past?  The book of Genesis contains the story of Joseph, the favorite son of Jacob.  His brothers despised him, which led them to fake Joseph’s death and to sell him into slavery.  Eventually, Joseph rose to a position of prominence in Egypt, and he was able to save the nation from starving during a time of famine.  His brothers came to Egypt to buy food for their families, and they had direct contact with Joseph, although they did not recognize him at first.  When Joseph finally revealed his identity, his brothers were fearful for their lives. However, Joseph responded, “As for you, you meant evil against me, but God meant it for good, to bring it about that many people should be kept alive, as they are today” (Genesis 50:20).  Joseph had gained mastery over his past. Instead of responding with bitterness and revenge to his brothers, he showed them compassion and forgiveness.

On Friday, September 27, Hemet Valley Christian Church will host a workshop called, “Going Back to Go Forward,” beginning at 10:00 a.m.  We hope you’ll join us as we continue the journey to spiritual and emotional maturity.

Search: Mastering Your Past