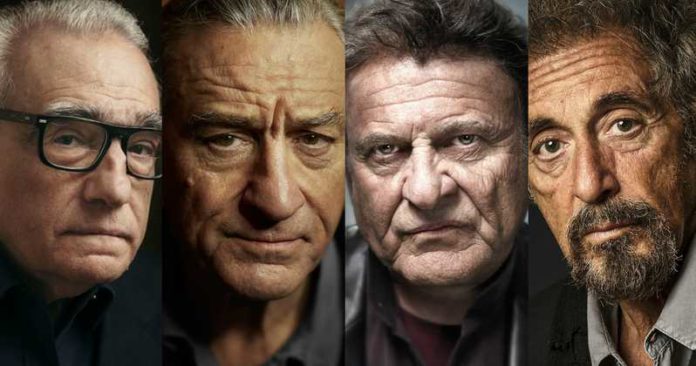 (Netflix to give ‘The Irishman’)

NEW YORK (AP) — Netflix will give “The Irishman” an exclusive theatrical release for about four weeks, providing theaters most of November to play Martin Scorsese’s big-budget crime epic before it lands on the streaming service.

The release plans for one of Netflix’s most expensive films yet had been a subject of much conjecture ever since the steaming service greenlit Scorsese’s film. The director is one of the most ardent proponents of cinema preservation, but Scorsese earlier told The Associated Pressthat he signed up with Netflix without any condition of a theatrical release.

Late Tuesday, the festival disclosed the film’s lengthy runtime on its website: 210 minutes.

Because of the film’s pedigree, theater owners had lobbied Netflix to give “The Irishman” a traditional, wide release. But the major theater chains, including AMC and Cinemark, have refused to play movies that don’t adhere to the standard 90-day exclusivity window. Netflix instead has said the film will be released in select theaters.

Netflix last fall first began releasing certain titles in theaters first, beginning with Alfonso Cuaron’s “Roma,” the Coen brothers’ “The Ballad of Buster Scruggs” and the Sandra Bullock thriller “Bird Box.” This fall, they will expand that strategy to more films and, in some cases, elongate theatrical runs to about four weeks.

The Academy of Motion Pictures Arts and Sciences earlier this year contemplated a new rulestipulating a four-week exclusive run in theaters before ultimately deciding not to amend their rules for next year’s Oscars. On its way to several Academy Award wins, “Roma” played solely in theaters for just over three weeks.

All of the above titles will make their premieres at the fall’s top film festivals in the coming weeks.

Search: Netflix to give ‘The Irishman’