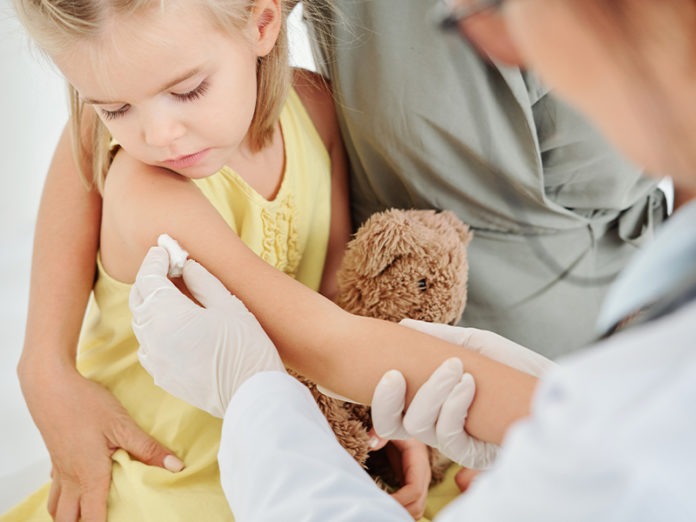 SACRAMENTO, Calif. (AP) — More than a thousand people crowded the front steps of the California Capitol on Monday to protest Gov. Gavin Newsom’s decision to require all children to get the coronavirus vaccine to attend public and private schools.

Newsom’s mandate, announced earlier this month, made California the first state in the country to say it will require the COVID-19 vaccine for schoolchildren once the vaccines receive full federal approval.

California has one of the highest vaccination rates in the country — over 85% of people 12 and older have gotten at least one shot, and 72% are fully vaccinated. But as in other places, the state has a vocal minority skeptical of both the vaccine and the government’s assurances of its safety.

Many parents at the rally in Sacramento had pulled their children out of school to attend the rally, hoping the absences send a message to state officials.

Parents carried signs that read, “My children won’t be a science experiment to make you feel safe,” and “My body, my choice.”

One mother, Kendall Ramer, said she won’t vaccinate her children against the coronavirus because she feels there hasn’t been enough time to ensure it’s safe.

“Everybody should be able to make their own choice for what’s good for them,” said Ramer, 32, who pulled her two children out of elementary school to attend the protest. She said she and her husband will likely homeschool their children once the mandate kicks in.

Newsom’s mandate won’t take effect until the school term that starts after the U.S. Food and Drug Administration‘s full approval. The mandate would be phased in starting with seventh-12th grades, followed by students in K-6th grades.

State officials have said the requirement could begin as early as next fall.

Newsom has been one of the most aggressive governors on coronavirus restrictions, issuing the nation’s first statewide stay-at-home order in March 2020 and requirements more recently for health care workers and most state employees to get vaccinated to keep their jobs.

Newsom was emboldened after easily defeating a recall effort last month fueled by anger over his handling of the pandemic. He says he interpreted his landslide victory as an endorsement of his vaccine policies.

Opponents of the student vaccine mandate urged parents statewide to keep their children home from school Monday. The turnout was not immediately clear.