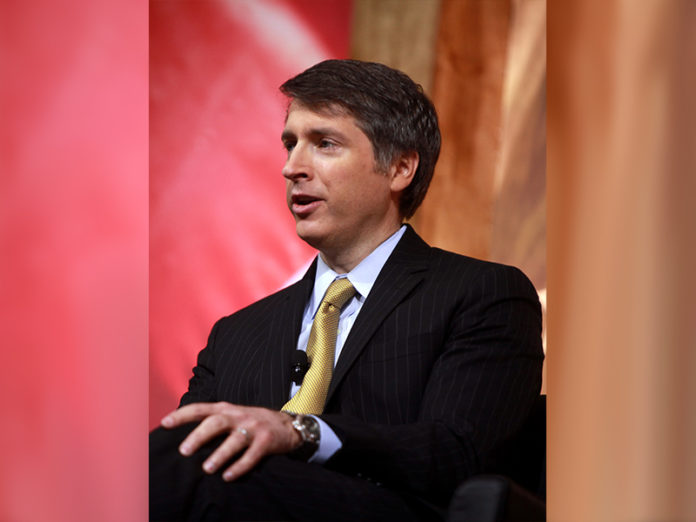 At this rate, Postmaster General Louis DeJoy will be lucky if he isn’t arrested and tried for treason before a people’s tribunal. According to House Speaker Nancy Pelosi, DeJoy is a “complicit crony” aiding Trump’s efforts to sabotage American democracy. She believes the two have hatched a plot to delay mail-in voting and disenfranchise countless Americans prior to the election. In tried-and-true fashion, President Trump has stoked suspicions by saying that he opposes a $25 billion Postal Service bailout in the latest Democratic COVID-19 relief bill.

According to Trump, blocking this measure — and $3 billion in election aid to the states — will prevent universal mail-in voting. But the bailout doesn’t have anything to do with mail-in voting, and given the billions of pieces of mail handled by the post office every week, it surely can handle the increased volume from mail-in voting. It is true that Postmaster General DeJoy is a major Trump donor. He made his fortune in shipping and logistics, though, and he was selected by the Postal Service’s board of governors.

Little did he know, when he took over the agency in June, that he’d soon have a starring role in the country’s latest psychodrama. Every change at the Postal Service is now seen through the prism of a belief that the agency is a tool of creeping authoritarianism. Letter collection boxes are being removed — never mind that this has been an ongoing process for years.

Underutilized boxes are decommissioned or moved to higher-traffic areas. In 2009, the Washington Post reported that 200,000 boxes had been shelved over the past two decades. In 2016, the inspector general noted that another 12,000 collection boxes had been cut over the previous five years. Letter collection boxes all of a sudden have big, red locks on them — well, yeah, as an off-hours device to prevent the theft of mail, also something the Postal Service has done for years. The Postal Service is deactivating mail-sorting machines — right, and there was a plan for this prior to DeJoy becoming postmaster general, and it has long been discussed in response to the declining volume of mail.

DeJoy is cutting back on overtime — indeed he is, because artificially swollen overtime is an enormous expense that he hopes to eliminate with a more rational delivery system. Democrats and much of the media make it sound as though the post office was an efficient, smooth-running agency before DeJoy took charge. In reality, the post office has lost nearly $80 billion since 2007, and it lost more than $2 billion last quarter. Unless the service finds a way to innovate, it is headed for bankruptcy. This is the impetus for DeJoy’s reforms, which should be welcomed by all the people now caterwauling about how essential the post office is to the American way of life.

DeJoy has been adamant that the Postal Service will do its job regarding mail-in ballots. The post office’s recent warnings to states that they should be mindful of how quickly ballots can be delivered were intended to avoid unrealistically late deadlines for mail-in voting that could create a train wreck in November. But in their inflamed state, Democrats want a villain. If not a foreign potentate, then the guy in charge of delivering the mail.