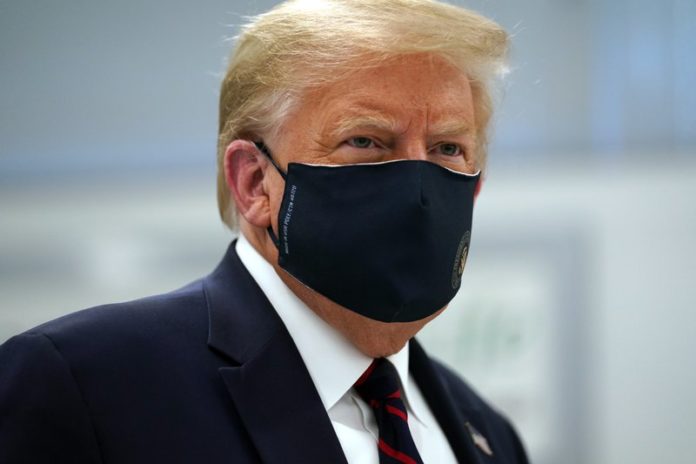 The Health Divide: Underfunded for Decades, Tribal Healthcare Struggles in the Face of the Pandemic

In the Navajo Nation, called home by almost 200,000 Native Americans, the COVID-19 death rate is one of the highest in the United States. Residents and health workers there say that part of the reason has been inadequate healthcare resources and personnel stemming from years of U.S. government’s underfunding of the Indian Health Service, “the government program that provides health care to the 2.2 million members of the nation’s tribal communities,” writes Mark Walker for The New York Times. The Indian Health Service was plagued with shortages of funding, supplies, medical staff and hospital beds long before the COVID-19 pandemic, he writes.. “Now the pandemic has exposed those weaknesses as never before, contributing to the disproportionally high infection and death rates among Native Americans and fueling new anger about what critics say has been decades of neglect from Congress and successive administrations in Washington. The ratio of hospital beds to population within the Navajo Nation is only about one third of the bed ratio for the country’s general population, and more than 25% of physician positions sit vacant. Tribal leaders have taken matters into their own hands, spending millions of tribal dollars on a more robust response to the virus, as nurses and doctors appeal to the public for supplies, Walker writes.  Meanwhile, data gaps further complicate COVID’-19’s impact on Indigenous communities. “Data showing the pandemic’s full impact on Indigenous communities across the country have not been collected, and accessing the information that does exist can be an uphill battle,” writes Lizzie Wade of Science. Abigail Echo-Hawk, director of the Urban Indian Health Institute (UIHI) and the chief research officer for the Seattle Indian Health Board, is working to change that. For Echo-Hawk and other Native Americans working in public health, it’s just another chapter in a tired story — the U.S. census excluded all or some American Indians until 1900 and on hospital intake forms and many health reporting documents, Indigenous people are often simply lumped into the “other” category, writes Wade. Before the pandemic, Echo-Hawk worked around the country training institutions to change data analysis and collection processes that she feels erased her community. Now she’s directing that work towards COVID-19 cases — demanding that Native Americans be counted and that these counts be available to tribal health authorities — even as the disease continues to ravage indigenous communities across the country.

“During a discussion on race in America in the first presidential debate, former Vice President Joe Biden cited a horrific statistic to punctuate his case that President Donald Trump has not been good for Black Americans: 1 in 1,000 Black Americans have died in the Covid-19 pandemic,” writes Dylan Scott of Vox. The worst thing about this statistic? It’s actually true, according to APM Research Lab. As the U.S. recently passed the tragic milestone of 200,000 known COVID-19 deaths, an appalling 1 in 1,020 Black Americans have died, shouldering a disproportionate burden of the death toll. For a variety of reasons, Black Americans are more likely to have many of the pre-existing conditions that could lead to more severe disease outcomes from the virus, including diabetes, obesity, and heart disease. These are the health consequences of inequities fueled by systemic racism. Black Americans are also more likely to be deemed “essential workers,” who have to go to work during stay-at-home orders and may have to take public transportation.

In the early hours of Friday morning President Donald Trump tweeted that he and First Lady Melania Trump tested positive for COVID-19. This announcement comes hours after Trump downplayed news that Hope Hicks, one of Trump’s closest advisors, had tested positive for the disease. Although the First Lady reported just a mild headache and cough, the White House announced that Trump would be hospitalized for a few days at Walter Reed National Military Medical Center in Maryland out of an abundance of caution. Trump received an experimental drug treatment developed by Regeneron Pharmaceuticals, which executives of the company say has seen “very promising results,” though the drug has not been authorized for use by the FDA. The two monoclonal antibodies in the Regeneron treatment “were shown in lab studies to tightly bind the protein coronavirus uses to infect cells,” writes Matthew Herper of STAT.  As of Sunday night, “President Trump’s doctors added a steroid called dexamethasone to his treatment, a drug that’s typically used in more severe Covid-19 patients,” according to Bloomberg News. This is in addition to a dose of remdesivir and over the counter drugs zinc, melatonin, and the antacid Pepcid. “Since his diagnosis, Trump has been given a mix of experimental pharmaceuticals, most not yet individually approved and widely untested in combination,” writes Michelle Fay Cortez of Bloomberg News. Doctors treating presidents and other high profile patients may feel pressured to use aggressive, highly touted, or unproven therapies. Experts worry about how this appears to the general public, who likely won’t have access to these drugs. “It’s scientifically not a sound approach and it sends a message to the American people that if you are a V.I.P. there is something you can get that the rest of us can’t,” said Jeremy Faust, an emergency medicine doctor at Brigham & Women’s Hospital in Boston. “We don’t give that medication to the average person not because we don’t care about them. It’s because we don’t know if it will help or not.”White House physician Dr. Sean Conley has admitted that because of the mix of therapies given to the President so early in his treatment, it’s harder to trace his progress with the disease.

What you need to know about CT values

Epidemiologists and public health experts are debating whether “testing centers should report not just whether a person is positive, but also a number known as the cycle threshold (CT) value, which indicates how much virus an infected person harbors,” writes Robert S. Service for Science. Over half a year living with COVID-19, many of us have become familiar with PCR tests that rely on multiple rounds of amplification to produce a detectable amount of RNA. A person’s CT value represents the amount of rounds that were necessary to spot the virus. A smaller number of rounds required indicates a higher amount of viral genetic material in a sample. However, while experts agree CT values can provide useful information about how much viral load a patient carries, and potentially identify high risk for serious disease, CT values are imperfect. “The same sample can give different CT values on different testing machines, and different swabs from the same person can give different results,” writes Service.