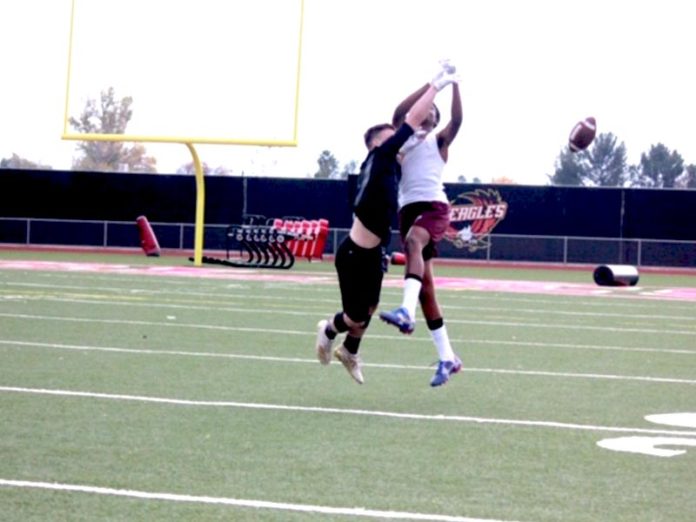 What is Pro Way?

Pro Way is the number one off-season training program for football players. It gives them an opportunity to extend their season by competing in 7-on-7 tournaments all over the country. 7-on-7 football is a wave sweeping the nation right now. As the name suggests there are only fourteen players on the field at a time. The Quarterback has a strict four-second clock to get rid of the ball, thus eliminating the need for an offensive or defensive line. It’s really about the “Skeelz.”. Games are short: typically only 20 minutes long. There are lots of interesting rules that are hard to adjust to when playing 7-on-7, the number one rule being: minimal contact. It’s basically two-hand touch football with absolutely no blocking.

7-on-7 isn’t new, but it’s being brought new life. Many people came together with the idea: Basketball and Baseball players, play their sports all year long. When one season ends, another begins. They are always competing and working to get better. Football players don’t really have that nor do they get the opportunity for competition/exposure outside of their high school season.

Last year Denny Sr. was able to coach his team to over 30 wins and less than 10 losses. They received invites to some of the top tournaments in the nation, including Arizona, Las Vegas, and Atlanta. Players on his team last year included some local athletes who had amazing seasons this year; Kameron Rocha, Ruben Ribera, Marcos Flores, Bradley Fye, Juan Denny Jr, Kelvin Davis, Damonce Williams, Frankie Castillo, Antoine Sullivan, and Kajiya Hollowayne. Many of these players attracted major college attention through their participation in the Pro Way season. Many of them will be playing next year on college scholarships.

This is a new year and a new season. If you know of a football player and want to elevate their skills, reach out to Juan Denny Sr. to get them involved in the Pro Way system. Their skills and abilities will grow by leaps and bounds. Denny has room for kids on his 12-& up, 10-& up, and the Developmental Team, and the Competitive team.