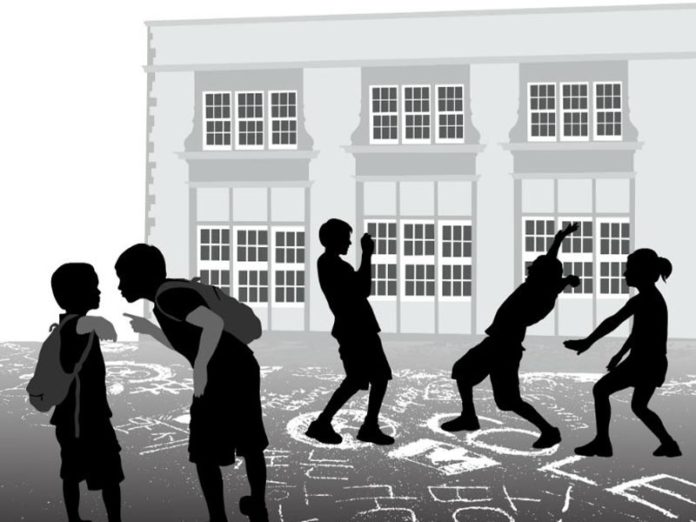 (Teasing Out the Bully)

Local perspectives and experiences with bullying

We’ve all heard the term “bully” and we may casually throw the term around as a label when we see one kid being mean to another.

Some may say “It’s just kids being kids” or “That’s just part of growing up.” Why do some find it necessary to bully others? What’s it like to be the parent of a bullied child? And how does a school district, with thousands of kids, identify and respond to reports of bullying?

Bullying can be defined as recurring aggressive behavior amongst school-aged children, where an imbalance of power, real or perceived, is used to control and harm a victim or victims. Public Information Officer at Hemet Unified School District (HUSD), Alex Sponheim, believes one obstacle to identifying genuine bullying is over-usage of the word “bully” and in separating the one-off incidents that are common amongst school children, saying, “Part of the bullying epidemic is education, and not throwing around the term, because it lessens it for students that are actually targeted and going through it daily, as the term defines.”

The roots of bullying behavior and its effects are a multidirectional and complex issue.

A “reformed bully” we’ll call Mr. B., says he was bullied for having a lisp and a stutter and that he became a bully himself after gaining other’s respect through fighting back, saying, “I began bullying them. A lot of us had things in common: hard upbringings, no fathers . . . a lot of instability at home. Zero tolerance policies wouldn’t have done anything to help me. I think bullying is a symptom of something deeper and I think sometimes children just need to be shown that there are more similarities than differences amongst peers.”

One Mother mentions that her 12-year-old daughter is victim of bullying at a local middle school, where she is physically and verbally abused daily, by both male and female students. Bullying has led this student to lose interest in her hobbies and she suffers from depression and panic attacks, so severe, they’ve landed her in the emergency room. The mother says, “She’s lost all her friends for “telling.” There are days when she doesn’t want to go (to school) or even get out of bed . . . she desperately wants to be homeschooled now because she dreads facing what they might do to her.” Frustrated and desperate, the mother feels her voice isn’t being heard and that schools need to be harder on bullies. She fears the worst of what bullying can lead to: children killing themselves and others out of hopelessness and retaliation.

Regarding parents who feel current policies are not effective, Sponheim says, “It’s a frustrating situation to be in . . . it’s not going to be solved if we’re not communicated with. Each of us has a different piece of the puzzle, and until we have the entire picture of what’s happening, we can’t get to the solution. Never assume that staff knows. There’s over a thousand kids that we’re all trying to look after, and so inevitably, there’s going to be things that we miss.” DMS Principal, Kristen Anderson adds that communicating face to face with parents is the best way to coordinate services and efforts, saying, “Sometimes there’s a disconnect between what’s going on with the student at home and at school . . . together we can come up with action steps to monitor and make a plan; check progress and reevaluate . . . I think together we can make a really big difference.”

On every website for Hemet Unified, information can be shared anonymously about bullying incidents. Students, peers, or family members are urged to report what they see at http://sprigeo.com/

Search: Teasing Out the Bully