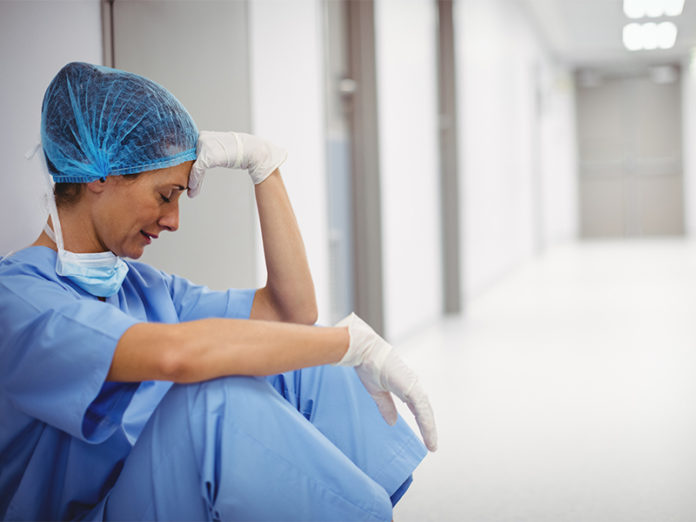 Front-line care workers have been called heroes throughout the coronavirus pandemic. Many of them don’t feel like it.

Instead, they feel besieged and traumatized not only by the suffering and death they’ve witnessed, but by a health care system they believe is showing it doesn’t value them, a disjointed and ineffective governmental response, and members of the public who deny the reality of all that suffering and death.

Tragedy is part of the job for medical providers, but the relentlessness of the coronavirus outbreak is more than most have ever seen, said Nina Wells, a nurse practitioner and the president of the Service Employees International Union Local 121RN in Pasadena, California.

“It is the vicarious trauma that is never-ending with this pandemic. And it’s from all angles, not just the disease itself. It’s from the poor management, the lack of supplies, the lack of staffing ― it just goes on and on,” Wells said. “You get up and you do it again, day after day, without any reprieve, without any resources — for the most part — and it’s just mental cruelty.”

There have been more than 6.7 million confirmed cases of COVID-19 in the U.S. and over 198,000 deaths, according to data compiled by Johns Hopkins University. While some of those deaths occurred at home, the rest happened in hospitals, nursing homes and other facilities where doctors, nurses and other staff are the only witnesses to patients’ final, lonely moments.

“You can say we’re ‘heroes’ ― I don’t particularly like that term ― but we’re definitely not treated as such,” said Erin McIntosh, a nurse in Riverside, California.

The mental health effects of the pandemic on health care workers can already be measured.

A Physicians Foundation survey released this month found that 58% of doctors now say they frequently experience burnout, up from 40% two years ago. Half of physicians during the pandemic have had feelings of “inappropriate anger, tearfulness or anxiety,” 30% report feelings of hopelessness, 8% say they have contemplated self-harm and 18% are drinking or using drugs more.

Yet the same survey found that just 13% of doctors have sought mental health care during the pandemic.