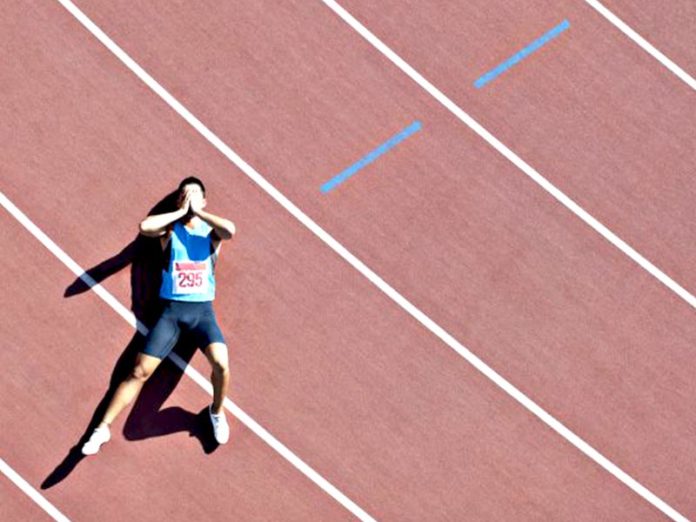 (The Pressure To Perform)

Are We Putting Too Much Pressure On Young Athletes?

Are we putting too much “Performance Pressure” on young athletes? A lot of parents start their kids off in sports at a very young age, with intentions of giving the kids a chance to; burn off energy, make friends, learn respect for authority, and engage in a healthy lifestyle. The very moment a young athlete starts to show abilities that separates them from the rest of the pack is the moment when the fun ends and the pressure begins. We expect these kids to; score a touchdown every time they touch the ball, hit a home run at every at-bat, and make every shot they take on the basketball court. Parents forget that no athlete is perfect, not even the professionals…and that these are just kids. They don’t deserve, nor are they ready to have the weight of the world to carry on their shoulders like a bunch of young Atlas’s. We begin to value winning more than fun, and we force kids to train like professionals, robbing kids of their childhood and replacing it with a vigorous training schedule in preparation for their hoped-for future career.

Not every kid is going to make it to the Major Leagues, and that’s okay. Athletics teach kids many great life lessons; how to fight through adversity, how to give something you’re all, how to make friends, how to work hard, and many other things. You don’t have to force the dream of becoming a professional athlete on kids in order for them to get something out of sports. Some kids just play because they love it. There is no hidden motive.  Psychologytoday.com says, “over 75% of kids quit playing sports before middle school, due to unrealistic expectations and pressure applied to them by coaches and parents.”

Some Pressure Is Good
As a parent to an athlete, and also a coach, I know there is a fine line between too much and not enough pressure. Too much pressure and kids start to shut down. They don’t respond to criticism and completely ignore correction. Not enough pressure and kids will not hold themselves accountable for their actions. They will enjoy messing around instead of playing the game. It’s okay for parents and coaches to apply the correct amount of pressure to each individual kid, but that’s just it: each kid is different and each responds differently. They deserve to be treated as such. There are some kids who will go outside and work on the same layup for three hours straight on their own and never get bored. There are others that have to be begged just to play catch with you for 10-15 minutes.

Realistic vs Un-Realistic Expectations
When young athletes start to shine, coaches and parents instantly begin to label them a “future pro” in hopes of encouraging them to make it to the top level of their respective sport. This can actually do more harm than good says www.healthychildren.org  “You may think that you are encouraging your athlete, but it is more likely that you are causing more damage. Many young athletes who are told they are the ‘next big thing’ have no idea what to do when they don’t make it. Their whole lives have been dedicated to their respective sport, training, playing, and learning. Now, in the blink of an eye, it is all gone. They feel like they have let everyone down around them, who told them they could make it and have no idea where to go from here. If your athlete shows flashes of greatness and you believe that they could one day make it, try to refocus your expectations from professional athlete to college graduate. Let them know, if they work hard enough they can earn a scholarship to a school and get their bachelor’s degree paid for. Have them take courses in college that interests them and could potentially lead to picking a career. There is a very limited amount of professional athletes. But there are thousands of athletic scholarships to go around every year. Focus their expectations on earning one of those. Instead of maybe one day making it to the pros.”

As the new year approaches so does another wave of sports. I encourage you this year to take your athletes back to their roots, remind them why they fell in love with the game and remind them to have fun!

Search: The Pressure To Perform