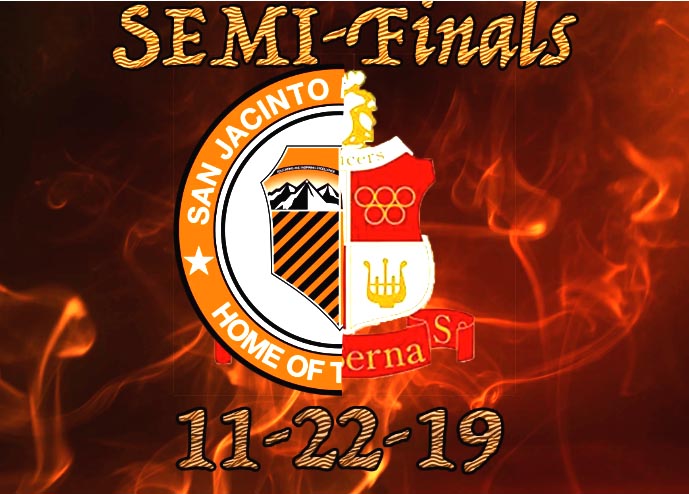 CIF playoffs are winding down, Semi-Finals are this week and it’s “win or go home.”. The San Jacinto Tigers looked impressive in their first two playoff games at home, but will travel this week to take on La Serna. La Serna comes in this matchup ranked 45 in the state. They have a perfect 12-0 record and have been steamrolling opponents all season. That is nothing new to San Jacinto, though their last opponent (Kaiser) was considered one of the favorites to win the whole thing heading into the playoffs. San Jacinto was able to get them out of their comfort zone and shut down their offense. It wasn’t without struggle and definitely wasn’t pretty, but they got the job done.

San Jacinto’s Offense is uniquely diverse. Kajiya Hollawayne, Juan Denny, and Kelvin Davis are all big threats on the ground and can make big plays at any given moment, but they aren’t scared to pass the ball. They have a couple of solid receivers on their roster.  Kameron Rocha who possesses next-level ball skills and speed…Antoine Sullivan has shown flashes of elite speed and route running this season. Damonce Williams is quietly making his case as a real possession receiver coming up with tough catches on a constant basis.

Finally Anthony Morales doesn’t look like your typical high school receiver, but every game he makes big catches; Morales runs clean routes, gets in and out of cuts, and catches just about anything that touches his hands. Coach Galliano is seemingly very inconsistent in his play-calling, but this is by design. He runs very similar formations with many different packages, causing opposing defenses to play on their toes. It seems like he has played the majority of the season with only a quarter of his playbook; when teams think they have it figured out, he comes out with something that no one has seen on film. He is also very comfortable with calling audibles from the sidelines and changing plays after the defense shows their cards.

San Jacinto’s defense will also be key in this game. The defensive front will look to fill the run lanes and set outside contain in order to give the secondary as much help as they can. The Tigers have lost a few of their starting defensive backs this season to various injuries with Davon Banks and Keith Hunter being the two that hurt the most. Banks’ season ended before it really even got started and Keith Hunter was emerging as a top corner in the division this season with 18 tackles, 5 interceptions, 2 clear pass deflections, and being a shut-down man-to-man corner before going down with a serious injury against Citrus Hill.

La Serna’s offense is very balanced.  Their quarterback Andrew Henriquez has thrown for over 2000 yards, 27 touchdowns, and only 3 interceptions on the year. No one on the team rushed for 1,000 yards this season, but two Lancers are over 500 and have a combined for 22 touchdowns ( 17 touchdowns credited to Chandler Mccaffer); they also have another running back you have to watch out for: Joey Bustos.  They love to give him the ball in short yardage territory and let him make plays. He had 8 touchdowns on the year. La Serna’s approach to the game is refreshing.

They play an old-school smash-mouth style of football that has been nearly forgotten. They will look to punish the Tigers in the first quarter, in order to set up play action and look to hit one of their two deep threat receivers, Milo Lopez or Jake George.  Kameron Rocha is going to have to shut one of them down. Elijah Torres will be called upon to lock up the other. Expect Antoine Sullivan to come in and play some safety. In a game like this, sometimes you just need your best athletes on the field in order to give your team the greatest chance to win the game.