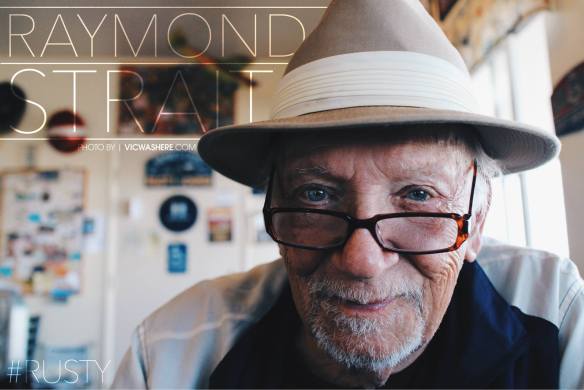 Miami – Not all Sunshine and Beaches

The 1968 Republican Convention preceded the Democratic fiasco in Chicago a week or two later. However, in some ways, it was an omen of things to come. Out of California came Ronald Reagan, who, with Nelson Rockefeller of New York, plotted to block Nixon’s nomination. Of course, they were unsuccessful. Reagan would have his day down the road. A group of Black civil rights activists plotted to usurp the convention. Thousands of fliers were passed out in the ghettos announcing a civil rights rally on August 7th, featuring civil rights leader Ralph Abernathy and Wilt Chamberlain. Both shunned the demonstration. The crowd grew angry and attacked a white cameraman. By evening an angry redneck drove his car, bearing a Wallace For President” bumper sticker Liberty City ghetto. Angry demonstrators forced him out of his car and fleeing on foot to escape; God only knows what. The Chicago Daily Defender described it as one of the “worst racial disorders” in Miami’s history. Nixon, in his hotel room, later tallied the vote count from the floor of the convention and never acknowledged (if he knew) that such an event took place.

The chaos that erupted at the Democrat’s Convention in Chicago, a city under the tight control of Democratic Mayor Richard Daley, turned out to be more social riot than convention. Daley was dictating from the floor to the podium. It had been a decade of assassinations, anti-war protests, the feminist movement and general unrest throughout the country. President Johnson was hated by half the country because of the Vietnam War. The other half detested him, especially in the South, because of his Voting Rights and Civil Rights legislation that affected the Southern States more than others. His decision not to run for a second term left the party, came about because he hoped to reunite the country, leaving the nomination up for grabs. During the several days in which Vice-President Hubert Humphrey was finally selected as the party’s nominee, the Convention floor was more war zone than voting delegations. Riots in Chicago had played a large part in the city’s history since 1919. Most were caused by unrest in Chicago’s predominantly Black population.

Johnson, aware of the possibility of trouble, wanted the convention held elsewhere. Daley flew to Washington and eventually convinced the President that the party would fare better in Chicago because Houston, which Johnson preferred, was a sure bet to vote for the Democratic candidate. Turned out to be a wrong decision. Riots began early in town and on the floor of the convention hall, mostly due to anti-war feelings across the country and especially within Democratic circles. The administration had promised that an end to the hostilities would come soon. By 1967 we had sent half a million troops into the jungles of Vietnam where we were ill-equipped to fight guerilla warfare.

As North Vietnamese hordes were destroying American troops on the terrain we did not understand; the government continued to lie to the American people. The war was almost over; we were assured daily. It was all a lie. People were disenchanted and ready to rise at the least provocation. Daley’s Chicago cops were met with resistance as they attempted to quell the rioters and in the end, it became almost another Civil War. Government against the masses. Tear gas, mace and clubs became the weapons of choice within the convention center as well as the windy city’s streets. Six thousand national guardsmen plus U. S. Army troops with machine guns, rocket launchers and other instruments of destruction patrolled the streets. Chicago was not the issue – it was merely symptomatic of the mayhem from coast to coast brought about due to a number of civil unrest issues, but predominantly the war. The riots could have happened anywhere, but Daley’s lust for more power and politics in general, set about to light the flame in Chicago.

President Kennedy promised “a man on the moon in this decade.” When Neil Armstrong parted Apollo 11 and stepped onto the moon, Kennedy’s promise was kept and began what would become our never-ending race to space. Young men and women aspired to become astronauts, desiring to go where man had never been. New industries were created to take us beyond our galaxy. Space toys were the rage. Space movies and television soon followed. Space changed our lifestyles so dramatically that even the automobile that had taken us across the continent seemed more like a relic than a mode of transportation. The auto survived as we continue to penetrate the ether above us.

The Beat Goes On

Nixon inherited the Vietnam War. A divided nation transferred its anger from Johnson to the new President. No matter what he did, “hell no, I won’t go,” chants echoed across the country. He campaigned with what he called, “a secret plan” to end the war. Kissinger went to Paris to conduct peace talks. They dragged on for weeks and months without results. Nixon was serious, and to prove that he wanted to keep his promise, in June 1969, he reduced American troops by withdrawing 25,000 of our forces in Vietnam. Nixon hit a bump in the road when the Pentagon Papers were leaked to the public, proving that more than one administration had lied to the public about the Vietnam disaster. When he ordered an invasion force into Cambodia, he totally lost any support the voters had for his efforts. Although the Paris Peace Accords in 1973 theoretically ended our involvement in Southeast Asia, events that followed in Vietnam between 1973 and 1975 destroyed any claim to peace or honor for the United States in Vietnam. Embittered veterans returning from Vietnam were disgusted with the Johnson and Nixon administration. To this day, faith between the Department of Defense and Veterans is touchy at best.

Your President is not a Liar

Nixon, facing impeachment over the bungled break-in at Democratic Headquarters, resigned rather than face a trial in the Senate, which would have exposed him and his administration as the most corrupt in recent history. Gerald Ford, who had replaced disgraced Spiro Agnew as vice-president, succeeded Nixon. One of Ford’s first acts as President was to pardon Nixon of all crimes committed or alleged to have been committed during his two terms in the White House. It looked, at the time, that Ford might be another Harry Truman – bringing the country together after a disaster. He served less than a full term. In 1976 a peanut farmer came out of the middle of Georgia and defeated him soundly.

Despite all the turmoil and disruption throughout the sixties and seventies, everyday life in America presented changes that were often rejected, ignored or omens of the future. Take your choice. Bell bottom jeans, loose-fitting cotton shirts became the uniform of unity among America’s youth. Rebellion was still an odious cloud amongst them. Colors emerged in dress styles, even among the intelligentsia, trying to stay youthful.

The sparkling balls of disco led the way to dance halls. Folks of all ages donned gauche jumpsuits, gold chains and what has since become known as bling (carried forth by Sammy Davis, Jr., and television’s Mr. T.) Mini, midi and maxi dresses came into full fashion. Platform shoes were the style for whatever gender you happened to adopt.

Homes did not escape the color trend. Often the walls in living rooms took on the aura of game arcades. Youth ruled. The rush to be young again pervaded department stores, furniture and clothing outlets. Age became a number. Why be old when a new garment, some make-up and a trip to your favorite hairdresser would turn you into a mannequin of the kid you used to be.

A new version of rock came into existence during the seventies. Kiss, the Bee Gees, psychedelic rock, hard rock, heavy metal. If parents thought the sixties music was driving them mad, the seventies sent them into despair. Easy listening was relegated to AM radio for the “old folks at home.”

The method of delivering music, outside of radio and television, came from old and newfound inventions: vinyl, cassettes, 8 track tape. The music industry, as Hollywood did in the fifties, complained that new inventions would rob them of their business. And, like Hollywood, the new inventions only added billions to their coffers. Pet rocks, like the hula hoops of the past, became popular as doorstops and paperweights. People gave them names. And we think things are silly today. CB radios were popular not only with truck drivers, but you could have them in your family car for a fee.

Folks, these trends were only precursors to the future. Continued Political Furor Jimmy Carter was confronted with rising inflation. At one point, interest rates were up to 21% in some instances. Economic conditions worsened. Ridesharing increased along with soaring gasoline prices. The Supreme Court became more liberal on civil rights and job protection. For his contribution to the Camp David Agreement between Israel and Egypt, he was awarded the Nobel Peace Prize. He turned over the Panama Canal to Panama and opened diplomatic relations with the People’s Republic of China.

The explosions at Three Mile Island’s nuclear power plant stifled future atomic energy expansion in 1979. During his term, Congress approved two new executive departments: The Department of Education and the Department of Health and Human Services. However, a major international crisis occurred when Iranian militants, in 1979, seized the American Embassy in Tehran and took all employees hostage.

Although Carter arranged for their release, it wasn’t until the day of Reagan’s inauguration that they were freed. Carter’s brother, somewhat of a loose cannon, did several things that embarrassed the President and his administration. Most people liked Billy but thought he was the family clown. Carter was considered a good man, a decent man. Although he had been aa two-term governor of Georgia, he never managed to unite with Congress, which weakened his ability to move legislation into law.

Because of that, he has been considered one of our less effective commanders in chief. Back in private life, he has devoted himself to humanitarian projects and both he and his wife have made a positive post-government career in the Habitat for Humanity. Here Comes the Movie Star Carter’s run for a second term brought him up against two Republicans. John Anderson and Ronald Reagan.

Reagan swept them both aside like a tsunami. Economically we were in deep doo-doo. People were rushing to the polls to vote for change. Good men sometimes get lost in the fray. The times continue to be a’changin’.