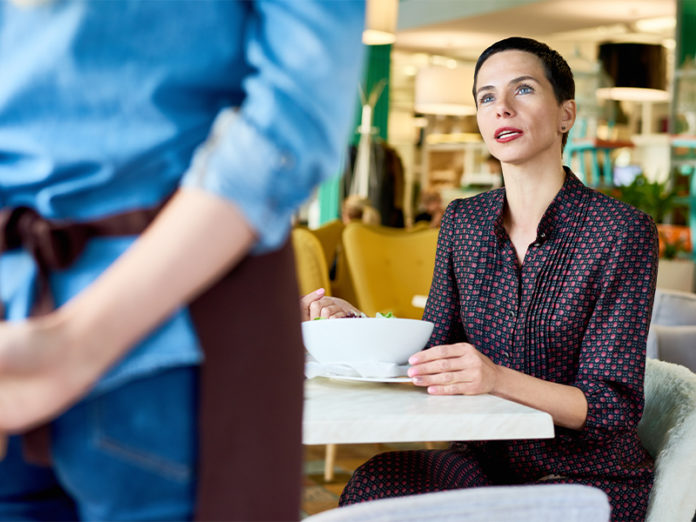 Approximately thirty years ago, a Jewish youth organization sponsored a trip to Israel for high school kids. Apparently, the last few minutes of the flight were somewhat turbulent, and the plane landed at Ben Gurion Airport with a very palpable thud.

No biggie, as they say.

Except, one young woman marched off the plane, found a pay phone, and called her parents collect. She loudly complained to her parents, demanding that they call El Al and get a full refund for the flight.

I hope that that young woman has not grown up to become a “Karen.”

You’ve heard or seen the word before — a relatively recent term for an entitled middle-aged white woman, who often demands to “speak to the manager,” and who is sometimes prone to racist/white privileged behavior.

Let me be very clear, at the outset. I have many friends and colleagues named Karen, and none of them are “Karens.” I am not even quite sure how this particular name became associated with such attitudes and behaviors.

Does this term have an older, now obsolete cousin?

The term was JAP — Jewish American Princess. Surely, you remember her — a spoiled, upper middle class young woman — for whom the generic ethnic association was Jewish.

Thirty seven years ago (yikes), I wrote an article, “Shylock in Drag?” (Moment, March, 1983). I bemoaned the use of the term, the plethora of JAP jokes, and made a few observations.

First, the term was anti-Semitic — what I dubbed “kosher misogyny.” It assumed that all princesses were Jewish Americans, totally cutting WASP debutantes and other non-Jewish wealthy women all kinds of slack.

Second, the term was classist.

How so? Because no one ever criticized or ridiculed that WASP debutante, coming from (at least) three generations of inherited wealth.

From a sociological point of view, the term JAP was an attack on the nouveau-riche. Consider the literary JAP archetypes: Brenda Patimkin in Philip Roth’s “Goodbye Columbus,” and Marjorie Morningstar, created by Herman Wouk. Nouveau-riche, both of them.

In American social history, “old money” is good; “new money” is somewhat tainted. That was one of the points in “The Great Gatsby.” And, new money is especially suspect when it comes from those who are not of standard “American” stock.

Third, the term was misogynistic. Jewish male literary figures (Roth and Wouk) created the stereotype in print; Jewish men perpetuated it. Jewish women used it as a negative signifier –“I am not a JAP!”

The term also conveniently transferred all the negative stereotypes about Jewish men, the common tools of economic anti-Semitism, onto women. You could no longer say that Jewish men were grubby and materialistic, but you could say that about Jewish women with impunity.

It is now forty years later, and the JAP stereotype has blissfully disappeared.

Whenever I hear socio-economic stereotypes, I keep thinking that at least some of them are anti-Semitic.

Take that current term, so favored by the right wing: “elitists.” I know that I am not alone in thinking that the term is a dog whistle — and that it includes me.

The social classes are at war — sometimes subtly; sometimes, not so subtly. From the Left, it is economic; it is about “privilege.” From the Right, it is intellectual and cultural; it is about “elitists.”

She does conform to an older, pernicious perception of Jews.

And yet, even with that, I do not think that the term is anti-Semitic.

But, it is something else that is just as bad.

It is misogynistic. It assumes that middle-aged, upper-middle class women have a monopoly over obnoxious, entitled behavior.

(Warning and apology: finding a photo for this blog was very difficult. I was aware that any visual image that I could choose would further the stereotype. Still, I relied on a common meme.)

It happened only recently, but men have figured out that there is a male equivalent — “Ken.”

And, yes, believe me — I have met my share of them.

Life is hard enough right now, for everyone.

Don’t be a Karen.

Project: think of a meme for the anti-Karen and anti-Ken — for those who express compassion and patience in the midst of the petty and not so petty pains of everyday life.