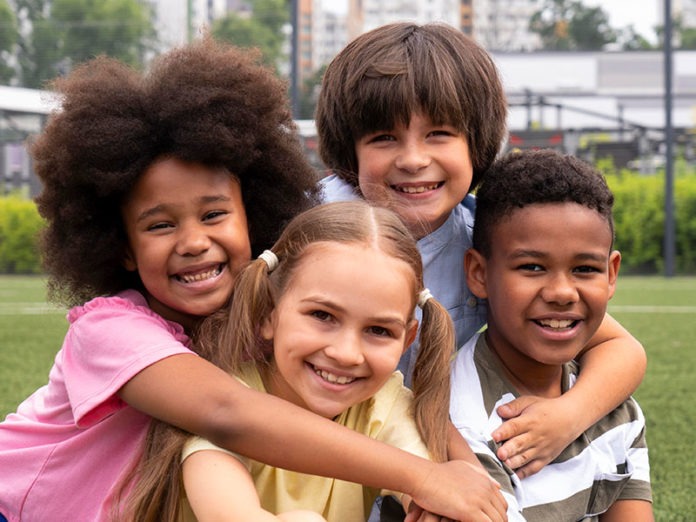 As the new year began, this writer had a disturbing dream. In this dream, parents had to document their childrearing to a bureau of experts called the Children First Agency for the Protection of Young Life (CFAPYL). The agency would make the final decisions about whether the parents’ sons would stand or sit when urinating, would be required to take medications to prevent penile erections at puberty, would be required to grow their hair long, wear lipstick, and/or adorn themselves with female attire, and whether said sons would be required to undergo counselling to reassure them that they were on the right path as steadily and assuredly they transitioned to a more defined female identity.

Children born in some technical but limited sense as “females” would in parallel fashion be directed by post-parental experts how they might satisfy their urges to identify as boys. The parents would need to affirm and document that their so-called “daughters” were taking puberty blockers to prevent menstruation and testosterone to induce hair growth on faces, arms, and/or legs. Daughters’ breasts could be removed with or without parental consent at a time determined by medical clinicians and administrative authorities. Parents were assured that they would be notified in a timely fashion after the procedure.

In the dream, I saw what seemed to be thousands of bewildered parental faces staring blankly and dejectedly into space wondering where their precious children were and how they were doing. The children were assigned special residences and were away from home. They were living under the new collectivism where the government, the schools, the specialists in transitioning, and pediatric medical specialists took control of child rearing. It was a dream where the theme and motto was “A New Contentment In The Land.” Yet, when I awoke, I was sweating and frantic.

In the great dystopian novel Brave New World by Aldous Huxley we find the statement, ““A really efficient totalitarian state would be one in which the all-powerful executive of political bosses and their army of managers control a population of slaves who do not have to be coerced, because they love their servitude.” Because we are freedom-loving Americans who have professed a love for liberty since the writing of our founding document the Declaration of Independence, it is understandable that the defense of transitioning under the secret and invincible dicta of state authorities would be defended on the grounds of liberty.

But this crushing of liberty is justified on the grounds of liberty — the freedom of the child to choose to be whomever he or she believes himself or herself to be. The child is presumed to have the liberty to escape the bondage of a false identity. Thus, freedom of parents and of physicians assigning sex on the basis of biology is undermined and attenuated in the name of freedom. The enemies of parental freedom say, and believe, that they are taking away freedom in order to promote even greater freedom.

The freedom to call a newborn either a “girl” or a “boy” is a deceptive freedom. The child’s birth into a home — an event that happened without the child being consulted — is perceived as being a kind of captivity, since it is absent a free will choice in the matter. In this context of understanding, choosing one’s gender is an early but fundamental exercise of freedom of choice which is the linchpin of true freedom. Just as one has the liberty to choose which government one is to live under, just as one can discern the parameters of governmental oppression, in parallel fashion the individual growing child through an immediate, intense, and intuitive sense of his or her own nature can accept or reject the claims of the family environment in which he or she lives.

Under the recent statist fiats mandating parental noninterference with transitioning, the inability or helplessness of a child to care for itself and provide for itself can be offset by a caring, morally neutral state that exists to enhance the child’s liberty and to prevent parental encroachment upon that liberty. Here the connection between parent and child is considered a type of bondage of the child. Bondage is evident if it conflicts with the self-chosen identity of the child.

However, what the law and authorities are increasingly seeing as bondage is actually bonding. It is a bonding not only based on the child’s helplessness and need but upon the natural love of a parent for his or her child and the reciprocated love of the child for his or her parents. Love and the concomitant bonding is the centerpiece of the child-parent relationship.

Should love take precedence over biological claims? Religion, going back to the Ten Commandments, approximately 3500 years ago, states “Honor thy father and thy mother that thy days may be long upon the land.” Here, there is an assumption of a deep — one might even say immutable — connection between the bonding of parents and their children and the health and longevity of those children. Typically, when one fills out forms at doctors’ offices, there are questions about what illnesses the parents may have had or what one’s parents, if deceased, died from. The health history of the parents may impact an understanding of the child’s health even into the child’s old age. Therefore, one may assume, the parental sense of their identities will have lifelong implications in the overwhelming numbers of situations for the identities of their children.

This may not be a perfect one-to-one correlation, but it does indicate the need for a wait and see attitude towards transitioning. If the parents would wish to wait until their child reaches the age of consent for transitioning (and we know from a 2021 study that 87.8% or more do not transition if they wait until a later date), then it would make sense to defer any medical or chemical interventions until the person in question reaches adulthood.

Further, for Bible-believing Christians, freedom is advanced even further than mere family bonding which enlarges one’s ability to love, but by worship of God. The Bible teaches that “the truth will set you free.” (John 8:32) Thus, the loving family bond is enhanced even further by the family’s love for God such that “he whom the Son sets free is free indeed.” (John 8:36) True freedom is not the prerogative based upon mere “choice,” but on the love enhanced by appropriate bonding between parents, children, and God.

Lastly, we know that identity is not mainly subjective although there is a subjective component. The chromosomal makeup of males and females cannot be changed. Chromosomes cannot be transitioned. The uterus and fallopian tubes cannot be transplanted or grown in a male. Similarly, sperm cannot be generated and expelled from a body that was born as a female. These are intractable realities. If one’s “gender identity” is to some degree unchangeable that in itself would suggest extreme caution in coming out as the other gender.