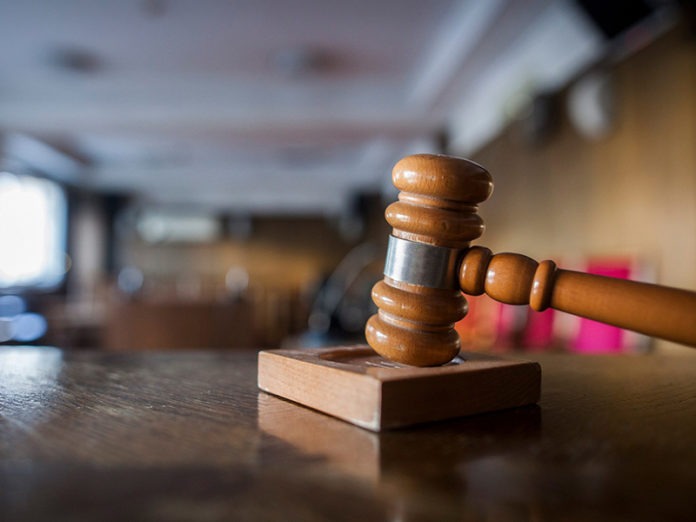 ST. LOUIS (AP) — Unless Missouri Gov. Mike Parson grants clemency, Amber McLaughlin, 49, will become the first transgender woman executed in the U.S. She is scheduled to die by injection Tuesday for killing a former girlfriend in 2003.

The clemency request focuses on several issues, including McLaughlin’s traumatic childhood and mental health issues, which the jury never heard in her trial. A foster parent rubbed feces in her face when she was a toddler and her adoptive father used a stun gun on her, according to the clemency petition. It says she suffers from depression and attempted suicide multiple times.

The petition also includes reports citing a diagnosis of gender dysphoria, a condition that causes anguish and other symptoms as a result of a disparity between a person’s gender identity and their assigned sex at birth.

“We think Amber has demonstrated incredible courage because I can tell you there’s a lot of hate when it comes to that issue,” her attorney, Larry Komp, said Monday. But, he said, McLaughlin’s sexual identity is “not the main focus” of the clemency request.

There is no known case of a transgender inmate being executed in the U.S. before, according to the anti-execution Death Penalty Information Center. A friend in prison says she saw McLaughlin’s personality blossom during her gender transition.

Before transitioning, McLaughlin was in a relationship with girlfriend Beverly Guenther. McLaughlin would show up at the suburban St. Louis office where the 45-year-old Guenther worked, sometimes hiding inside the building, according to court records. Guenther obtained a restraining order, and police officers occasionally escorted her to her car after work.

Guenther’s neighbors called police the night of Nov. 20, 2003, when she failed to return home. Officers went to the office building, where they found a broken knife handle near her car and a trail of blood. A day later, McLaughlin led police to a location near the Mississippi River in St. Louis, where the body had been dumped.

McLaughlin was convicted of first-degree murder in 2006. A judge sentenced McLaughlin to death after a jury deadlocked on the sentence. A court in 2016 ordered a new sentencing hearing, but a federal appeals court panel reinstated the death penalty in 2021.

One person who knew Amber before she transitioned is Jessica Hicklin, 43, who spent 26 years in prison for a drug-related killing in western Missouri in 1995. She was 16. Because of her age when the crime occurred, she was granted release in January 2022.

Hicklin, 43, began transitioning while in prison and in 2016 sued the Missouri Department of Corrections, challenging a policy that prohibited hormone therapy for inmates who weren’t receiving it before being incarcerated. She won the lawsuit in 2018 and became a mentor to other transgender inmates, including McLaughlin.

Though imprisoned together for around a decade, Hicklin said McLaughlin was so shy they rarely interacted. But as McLaughlin began transitioning about three years ago, she turned to Hicklin for guidance on issues such as mental health counseling and getting help to ensure her safety inside a male-dominated maximum-security prison.

“There’s always paperwork and bureaucracy, so I spent time helping her learn to file the right things and talk to the right people,” Hicklin said.

In the process, a friendship developed.

“We would sit down once a week and have what I referred to as girl talk,” Hicklin said. “She always had a smile and a dad joke. If you ever talked to her, it was always with the dad jokes.”

They also discussed the challenges a transgender inmate faces in a male prison — things like how to obtain feminine items, dealing with rude comments, and staying safe.

McLaughlin still had insecurities, especially about her well-being, Hicklin said.

“Definitely a vulnerable person,” Hicklin said. “Definitely afraid of being assaulted or victimized, which is more common for trans folks in Department of Corrections.”

The only woman ever executed in Missouri was Bonnie B. Heady, put to death on Dec. 18, 1953, for kidnapping and killing a 6-year-old boy. Heady was executed in the gas chamber, side by side with the other kidnapper and killer, Carl Austin Hall.

Nationally, 18 people were executed in 2022, including two in Missouri. Kevin Johnson, 37, was put to death Nov. 29 for the ambush killing of a Kirkwood, Missouri, police officer. Carman Deck was executed in May for killing James and Zelma Long during a robbery at their home in De Soto, Missouri.

Another Missouri inmate, Leonard Taylor, is scheduled to die Feb. 7 for killing his girlfriend and her three young children.