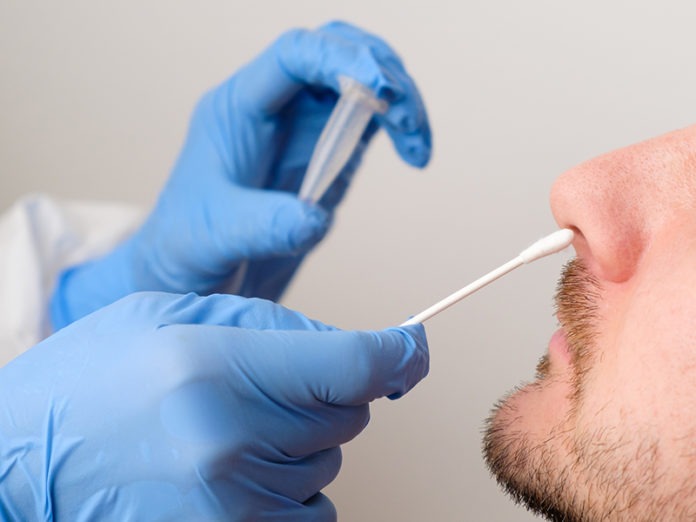 NEW YORK (AP) — The Centers for Disease Control and Prevention on Tuesday explained the scientific rationale for shortening its COVID-19 isolation and quarantine recommendations, and clarified that the guidance applies to kids as well as adults.

The CDC also maintained that, for people who catch COVID-19, testing is not required to emerge from five days of isolation — despite hints from other federal officials that the agency was reconsidering that.

The agency announced the changes last week, halving the isolation time for Americans who catch the coronavirus and have no symptoms or only brief illnesses. Isolation should only end if a person has been fever-free for at least 24 hours without the use of fever-reducing medications and if other symptoms are resolving, the CDC added.

It similarly shortened the time that close contacts need to quarantine, from 10 days to five.

CDC officials previously said the changes were in keeping with evidence that people with the coronavirus are most infectious in the two days before and three days after symptoms develop.

Some experts have questioned how the new recommendations were crafted and why they were changed amid a spike in cases driven largely by the highly contagious omicron variant. Some also expressed dismay that the guidelines allowed people to leave isolation without getting tested to see if they were still infectious.

On Tuesday, the CDC posted documents designed to address those — and other — questions about the latest recommendations. The new guidance applies to school children as well as adults, the CDC said, responding to questions raised by school leaders around the country.

In laying out the scientific basis for the revisions, the agency said more than 100 studies from 17 countries indicate that most transmission happens early in an infection. The CDC acknowledged the data come from research done when delta and other pre-omicron variants were causing the most infections. But the agency also pointed to limited, early data from the U.S. and South Korea that suggests the time between exposure and the appearance of symptoms may be shorter for omicron than for earlier variants.

The CDC also took up the question of why it didn’t call for a negative test before people emerge from isolation.

On Sunday, Dr. Anthony Fauci — the White House’s top medical adviser — said the CDC was considering including the negative test as part of its guidance.

The agency said lab tests can show positive results long after someone stops being contagious, and that a negative at-home test may not necessarily indicate there is no threat. That’s why, the agency said, it was recommending that people wears masks everywhere for the five days after isolation ends.

It did offer tips for those who have access to the tests and want to check themselves before leaving isolation.

Dr. Eric Topol, the head of the Scripps Research Translational Institute, accused the agency of furthering confusion. He agreed that it is appropriate to shorten isolation time, but only with testing.

“We do need to come up with a strategy that limits isolation time, but we don’t want it to be one that’s adding to the spread of the virus and unwittingly leading to the virus circulating,” he said.

Yale University’s Dr. Howard Forman said the updated recommendations were communicated poorly last week, but he also applauded the CDC for trying to be more nimble while dealing with limited science, a short supply of tests and an intensifying wave of infections.

Under the previous isolation and quarantine recommendations, “it was obvious that … society was literally going to be disrupted. If you expected people to comply with those (old) rules, you might as well have a lockdown,” said Forman, a radiologist who teaches public health policy.

The agency acknowledged people weren’t following the longer recommendations: Research suggests only 25% to 30% of people were isolating for a full 10 days under the older guidance, the CDC said.

The CDC also suggests that people exposed to the virus quarantine for five days, unless they have gotten booster shots or recently received their initial vaccine doses. The agency said anyone exposed — regardless of vaccination status — should get tested five days later, if possible.