LAKE ELSINORE (CNS) – A mountain biker fell into a 15-foot deep hole on Thursday along a trail in the Cleveland National Forest just west of Lake Elsinore and had to be rescued by firefighters.

The biker was reported down about 11 a.m. on the San Juan Trail, roughly a mile west of the Blue Jay Campground, according to the Riverside County Fire Department.

It was unclear how the biker ended up in the pit, but he was injured and unable to extricate himself, according to reports from the scene.

Four engine crews and a truck company, numbering about 20 personnel, were sent to the location, staging at the campground, northwest of the Ortega (74) Highway.

Because of low clouds, rain and poor visibility, a Cal Fire helicopter could not be routed to the area to assist with the search, officials said.

A group of firefighters located the stranded biker about 12:25 p.m. and pulled him to safety, according to reports from the scene. The man was assisted down the trail to the campground, where an ambulance was waiting.

The extent of his injuries were not immediately known. 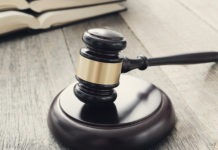 UC Riverside School of Medicine to serve as lead site for...

Contributed - December 17, 2020
The School of Medicine at the University of California, Riverside, will serve as lead site for a Phase 2 clinical trial evaluating ecopipam, an investigational first-in-class drug being tested for the treatment of stuttering in adults and Tourette syndrome in pediatric patients.