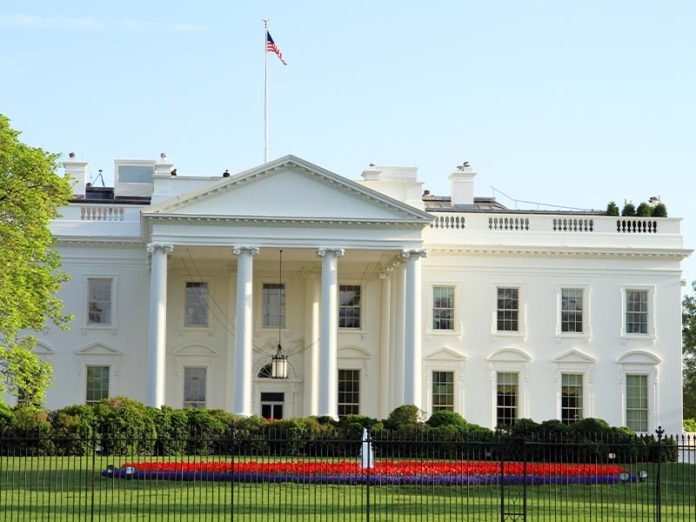 PROVIDENCE, R.I. (AP) — As the nation marked 1 million deaths from COVID-19 last week, the milestone was bookended by mass shootings that killed people simply living their lives: grocery shopping, going to church, or attending the fourth grade. The number, once unthinkable, is now an irreversible reality in the United States — just like the persistent reality of gun violence that kills tens of thousands of people every year.

Americans have always tolerated high rates of death and suffering — among certain segments of society. But the sheer numbers of deaths from preventable causes, and the apparent acceptance that no policy change is on the horizon, raises the question: Has mass death become accepted in America?

“I think the evidence is unmistakable and quite clear. We will tolerate an enormous amount of carnage, suffering and death in the U.S., because we have over the past two years. We have over our history,” says Gregg Gonsalves, an epidemiologist and professor at Yale who, before that, was a leading member of the AIDS advocacy group ACT UP. He made his comments in an interview last week, before the latest massacre at an elementary school in Uvalde, Texas, where 21 people were killed on Tuesday, including 19 children.

“If I thought the AIDS epidemic was bad, the American response to COVID-19 has sort of … it’s a form of the American grotesque, right?” Gonsalves says. “Really — a million people are dead? And you’re going to talk to me about your need to get back to normal, when for the most part most of us have been living pretty reasonable lives for the past six months?”

Certain communities have always borne the brunt of higher death rates in the United States. There are profound racial and class inequalities in the United States, and our tolerance of death is partly based on who is at risk, said Elizabeth Wrigley-Field, a sociology professor at the University of Minnesota who studies mortality.

“Some people’s deaths matter a lot more than others,” she lamented in an interview last week. “And I think that’s what we’re seeing in this really brutal way with this coincidence of timing.”

In the shooting in Buffalo, New York, on May 14, the alleged shooter was a racist bent on killing as many Black people as he could, according to authorities. The family of 86-year-old Ruth Whitfield, one of 10 people killed there in an attack on a grocery store that served the African American community, channeled the grief and frustration of millions as they demanded action, including passage of a hate crime bill and accountability for those who spread hateful rhetoric.

“You expect us to keep doing this over and over and over again — over again, forgive and forget,” her son, former Buffalo Fire Commissioner Garnell Whitfield, Jr., told reporters. “While people we elect and trust in offices around this country do their best not to protect us, not to consider us equal.”

In the handful of days after the shooting in Buffalo, a man 1,700 miles away in Texas legally purchased one AR-style rifle, then another, along with 375 rounds of ammunition, according to state senators briefed by law enforcement. He then carried out the attack on Robb Elementary. Just 10 days had passed.

The sense that politicians have done little even as the violence repeats itself is shared by many Americans. It’s a dynamic that’s encapsulated by the “thoughts and prayers” offered to victims of gun violence by politicians unwilling to make meaningful commitments to ensure there really is no more “never again,” according to Martha Lincoln, an anthropology professor at San Francisco State University who studies the cultural politics of public health.

“I don’t think that most Americans feel good about it. I think most Americans would like to see real action from their leaders in the culture about these pervasive issues,” said Lincoln, who spoke before the attack on the school in Texas, and who adds that there is a similar “political vacuum” around COVID-19.

The high numbers of deaths from COVID-19, guns and other causes are difficult to fathom and can start to feel like background noise, disconnected from the individuals whose lives were lost and the families whose lives were forever altered.

American society has even come to accept the deaths of children from preventable causes.

In a recent guest column published in The Advocate newspaper, pediatrician Dr. Mark W. Kline pointed out that more than 1,500 children have died from COVID-19, according to the U.S. Centers for Disease Control and Prevention, despite the “myth” that it is harmless for children. Kline wrote that there was a time in pediatrics when “children were not supposed to die.”

“There was no acceptable pediatric body count,” he wrote. “At least, not before the first pandemic of the social media age, COVID-19, changed everything.”

There are many parallels between the U.S. response to COVID-19 and its response to the gun violence epidemic, according to Sonali Rajan, a professor at Columbia University who researches school violence.

“We have long normalized mass death in this country. Gun violence has persisted as a public health crisis for decades,” she said last week, noting that an estimated 100,000 people are shot every year and some 40,000 will die.

Gun violence is such a part of life in America now that we organize our lives around its inevitability. Children do lockdown drills at school. And in about half the states, Rajan said, teachers are allowed to carry firearms.

“What will happen down the line if more and more people get sick and are disabled?” she asked. “What happens? Do we just kind of live like this for the foreseeable future?”

It’s important, she said, to ask what policies are being put forth by elected officials who have the power to “attend to the health and the well-being of their constituents.”

“It’s remarkable how that responsibility has been sort of abdicated, is how I would describe it,” Rajan said.

The level of concern about deaths often depends on context, says Rajiv Sethi, an economics professor at Barnard College who has written about both gun violence and COVID-19. He points to a rare but dramatic event such as an airplane crash or an accident at a nuclear power plant, which do seem to matter to people.

By contrast, something like traffic deaths gets less attention. The government last week said that nearly 43,000 people had died on the nation’s roads last year, the highest level in 16 years. The federal government unveiled a national strategy earlier this year to combat the problem.

Even when talking about gun violence, mass shootings get a lot of attention but represent a small number of the gun deaths that happen in the United States every year, Sethi said in an interview last week. For example, there are more suicides from guns in America than there are homicides, an estimated 24,000 gun suicides compared with 19,000 homicides. But even though there are policy proposals that could help within the bounds of the Second Amendment, he says, the debate on guns is politically entrenched.

“There’s been almost a sustained narrative created by some that tells people that these things are inevitable,” said Ranney, an ER doctor who did gun violence research before COVID-19 hit, speaking before Tuesday’s Texas school shooting ended 21 lives. “It divides us when people think that there’s nothing they can do.”

She wonders if people really understand the sheer numbers of people dying from guns, from COVID-19 and from opioids. The CDC said this month that more than 107,000 Americans died of drug overdoses in 2021, setting a record.

Ranney also points to false narratives spread by bad actors, such as denying that the deaths were preventable, or suggesting those who die deserved it. There is an emphasis in the United States on individual responsibility for one’s health, Ranney said — and a tension between the individual and the community.

“It’s not that we put less value on an individual life, but rather we’re coming up against the limits of that approach,” she said. “Because the truth is, is that any individual’s life, any individual’s death or disability, actually affects the larger community.”

An understanding of history is important, said Wrigley-Field, who teaches the history of ACT UP in one of her classes. During the AIDS crisis in the 1980s, the White House press secretary made anti-gay jokes when asked about AIDS, and everyone in the room laughed. Activists were able to mobilize a mass movement that forced people to change the way they thought and forced politicians to change the way they operated, she said.

“I don’t think that those things are off the table now. It’s just that it’s not really clear if they’re going to emerge,” Wrigley-Field said. “I don’t think giving up is a permanent state of affairs. But I do think that’s where we’re at, right at this moment.” 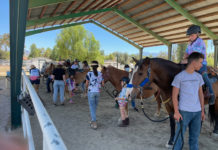 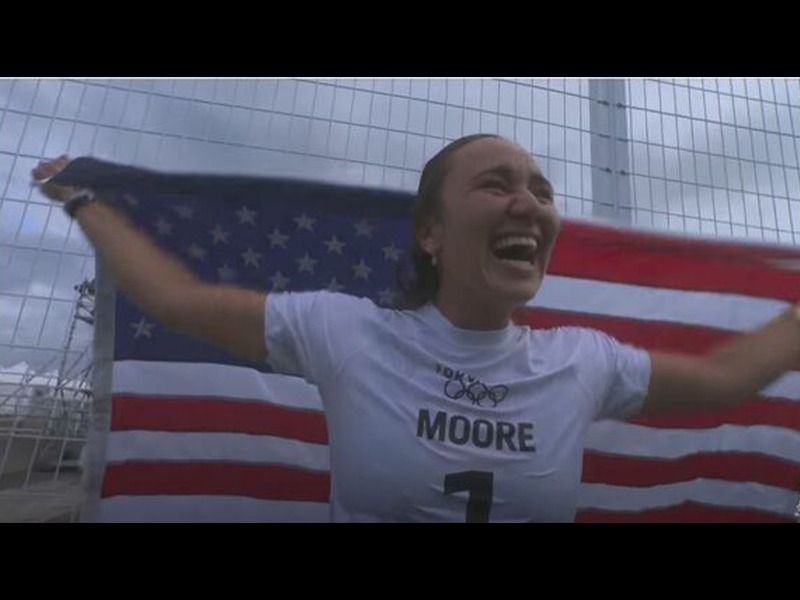 Wokesters’ Nightmare: Almost all of the Olympic medal winners are patriots

Contributed - August 7, 2021
Many Americans are ignoring the Olympics this year based on the wokester politics of certain loudmouth Olympic athletes, some just itching to turn their podium moments into anti-U.S. protests. It's disgusting, given that they've chosen to compete under the U.S. flag. It not only comes off as the height of ingratitude, but indicates contempt for the American people as a whole, who love their flag and country. Who needs that crap? Many just say no, and not just "no," but "hell no," and watch the Olympics to cheer the other team, a new phenomenon, which has been evident in all the delight at the gold- and silver-medal loss of the wokester women's U.S. soccer team, and its offensive captain, Megan Rapinoe.

Rusty Strait - April 24, 2022
The world seems to have suddenly awakened to the fact that we are in a proxy war with Russia. President Zelensky of Ukraine, in trying to save his own country, has been the front runner to alert us that we might be next.