On July 1, 2022, about 4:09 PM deputies from the Riverside County Sheriff’s Department, Moreno Valley Station, responded to the report of a major-injury traffic collision at the intersection of Ironwood Avenue and Heacock Street, in the city of Moreno Valley. Deputies arrived on scene to find the rider of a 2018 Kawasaki Ninja motorcycle lying unresponsive in the roadway. The rider suffered severe, life threatening injuries, and was declared deceased at the scene by Cal-Fire personnel. The second vehicle involved, a 2018 Infiniti Q50 sedan, was located one block east of the collision with major collision damage to the front of the vehicle. The driver of the Infiniti fled the scene. The Moreno Valley Sheriff’s Station Traffic Collision Reconstruction Team responded to the scene and assumed the investigation. The investigation revealed the motorcyclist was traveling northbound on Heacock Street and was making a left turn onto westbound Ironwood Avenue. The driver of the Infiniti was traveling eastbound on Ironwood Avenue when he failed to stop for a red traffic signal and collided with the motorcyclist.

The identity of the deceased will not be released pending further investigation and notification to the next of kin. A temporary closure of Ironwood Avenue, between Heacock Street and Davis Street, and Heacock Street between Kernwood Drive and Hemlock Avenue, was required in order to process the scene and collect evidence.

Anyone with information about this incident is encouraged to call Deputy Drew Galbreath of the Moreno Valley Sheriff’s Station at 951-486-6811 or the Riverside County Sheriff’s Department at 951-776-1099.

Contributed - January 18, 2021
On January 14, 2021, about 8:37 P.M, deputies from the Riverside County Sheriff’s Department - Perris Station, responded to a report of a major injury traffic collision in the area of Goetz Road and Mapes Road, in the city of Perris. Deputies arrived within minutes and located a collision involving an adult male bicyclist. 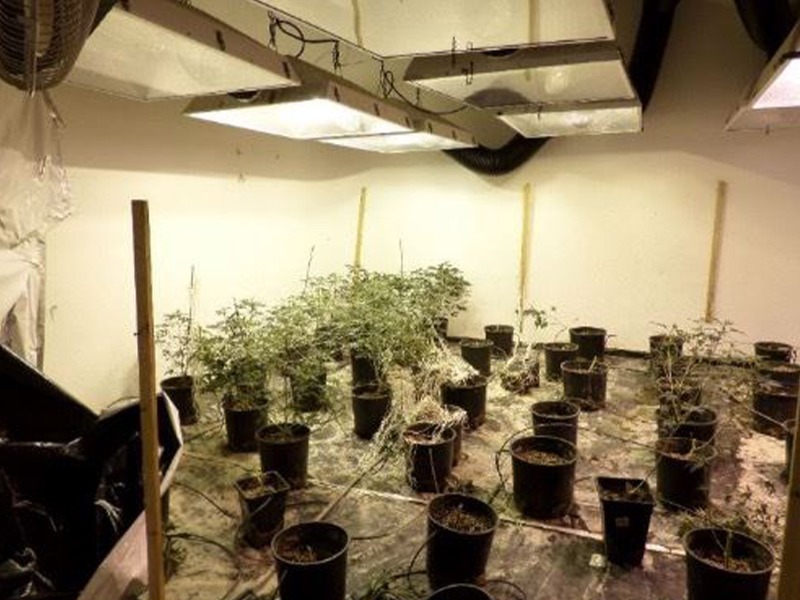 Contributed - May 1, 2021
On April 29, 2021, personnel from the Riverside County Sheriff’s Department Moreno Valley Station Problem Oriented Policing Team, served a search warrant related to marijuana cultivation, in the 11000 block of Vista De Cerros Drive, Moreno Valley. Deputies had previously received information of a possible drug house at the location from a concerned citizen. Further investigation led to the authoring and execution of a search warrant for the residence.