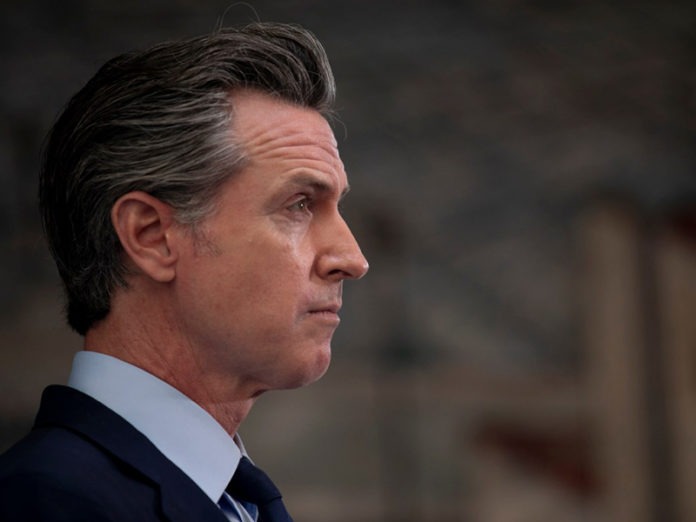 SACRAMENTO, Calif. (AP) — California Gov. Gavin Newsom can refer to the recall against him as a Republican effort in the state’s official voter guide, a judge said in a tentative ruling released Wednesday.

Sacramento Superior Court Judge Laurie M. Earl issued her tentative ruling hours before the parties were set to appear in court for a hearing. Republicans who led the effort to place the recall on the ballot filed a lawsuit to block him from labeling the contest a “Republican recall” in the guide, saying it was false and misleading because the recall is supported by people from various political parties.

The tentative ruling does not immediately take effect. Typically, the parties are given an opportunity in court before a judge issues a final ruling.

But her tentative ruling is likely to mark a win for Newsom, a Democrat who has sought to brand the recall as a power grab driven by Republican extremist. In television ads, he’s linked the recall to the storming of the Capitol on Jan. 6 and efforts in Republican-led states to overturn results from the 2020 presidential election. The recall was placed on the ballot through a legal process.

Newsom and Orrin Heatlie, one of the activists who filed the suit, were each allowed to write 500 word arguments in support of and against the recall, which will appear in the voter guide that goes out to registered voters this month. Voters will start receiving ballots in the mail in mid-August; the last day to vote is Sept. 14.

Earl wrote that Heatlie’s suit failed to prove that Newsom’s branding of the effort as Republican was outright false or objectively untrue, rather than typical comments expected in political debate. The suit argued the recall was falsely labeled Republican because nearly half of the 46 candidates vying to replace Newsom are from other parties. Heatlie’s suit also provided declarations from five people who signed the petition who say they are not Republicans.

“The Court has no doubt that not all recall supporters are Republicans,” Earl wrote. “But the challenged arguments do not state or imply that they are.”

Newsom’s statements in the voter guide include labeling the recall “an attempt by national Republicans and Trump supporters to force an election and grab power in California” and says the recall backers are “abusing our recall laws in order to gain power and advance their partisan agenda.”

Newsom lost an earlier court case to get his party affiliation as Democratic next to his name on the ballot. His campaign had failed to file the paperwork in time. But he refers to himself as the Democratic governor in his voter guide argument.

If more than half of voters say “yes” to recalling Newsom, he’ll be forced to leave office more than a year before his first term ends. Then, the replacement candidate with the highest number of votes would become governor.