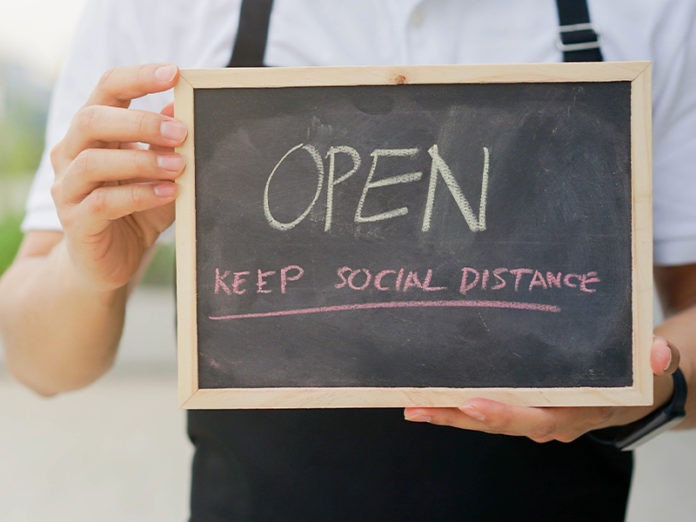 The county of 10 million people was one of several counties, including neighboring Orange County, that moved into the state’s second-least restrictive orange tier amid low coronavirus case rates and increased vaccinations. Half of the state’s nearly 40 million people are now in that tier, which means virus rates are “moderate.”

The new rules allow for expanded activities the following day, but counties can opt to maintain more restrictions. It’s still unclear how quickly LA and other reassigned counties will move to increase capacity and reopen businesses.

Health officials in California and across the country are urging caution because of a troubling rise in new cases of COVID-19, but aquariums and amusement parks are on track to reopen in California anyway. The state’s mask mandate remains in effect.

Dr. Anthony Fauci, director of the National Institute of Allergy and Infectious Diseases, said Tuesday that the next few weeks will be critical, given the potential surge.

“At the same time, we are vaccinating more and more people,” he said during a virtual event hosted by the Congressional Hispanic Caucus. “It’s going to be almost a race between getting people vaccinated, versus avoiding a surge of new cases.”

The typically crowded Santa Cruz Beach Boardwalk reopens Thursday, while Universal Studios Hollywood plans to reopen April 16, followed by Disneyland at the end of April and the Monterey Bay Aquarium in May.

Only three counties totaling more than 1 million people — San Joaquin, Merced and Inyo — remain in the state’s most restricted purple tier, where the virus remains widespread. Thirty-six counties are in the state’s red tier, including hard-hit Fresno County, where officials said Tuesday people could dine indoors and visit the movies and museums at 25% capacity starting Wednesday.

Santa Cruz and Alameda also moved to the orange tier Tuesday. Two counties are in the least-restricted yellow tier.

Meanwhile, California is expanding vaccine eligibility to people 50 and older starting Thursday and to all adults on April 15.

The San Francisco Bay Area county of Contra Costa announced Tuesday that vaccines are now available for residents 16 and older, saying it has thousands of vaccine appointments available at its community clinics this week because of increased supply from the state and federal governments. The county has about 1.2 million people.

Contra Costa County Health Director Anna Roth announced the change at the county’s Board of Supervisors meeting Tuesday. The move should expand eligibility to more people who work in the county plus an additional 375,000 residents, according to a statement from county officials.

The county recently received extra doses for its federally qualified health centers — a windfall that has not yet benefited all of the state’s counties. Last week, Contra Costa County opened up appointments to people 50 and older.

“Governor Gavin Newsom announced last week that his goal was to move the state quickly through the eligibility tiers,” Roth said. “We agree and applaud this goal. We have appointments to fill. By expanding eligibility now, we can ensure that no appointments go unused.”

More than 6 million people in the state are fully inoculated and more than 17 million doses have been administered.

Contributed - December 14, 2020
The first shipments of a much-anticipated vaccine for COVID-19 could arrive in Riverside County on Friday (Dec. 18), and local health officials are working with area hospitals to vaccinate thousands of first-line health care workers.