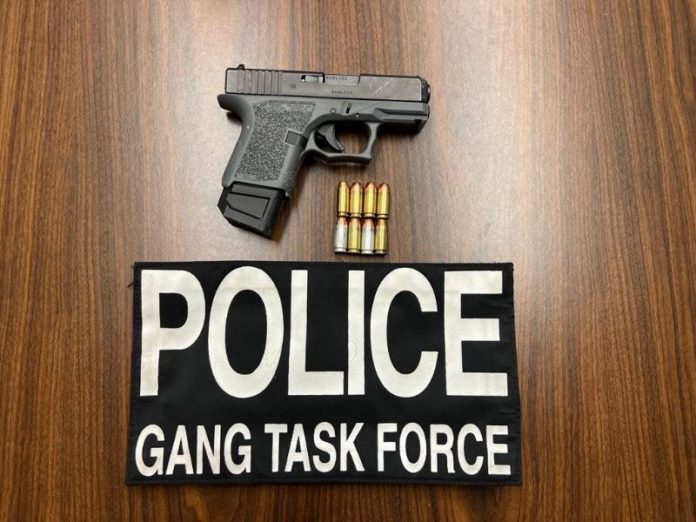 On Thursday, June 9, 2022, at 3:33 PM, Region 3 Gang Task Force Officers conducted a traffic enforcement stop in the 1700 Block of West Stetson Avenue, in the City of Hemet, on a Volkswagen sedan for several vehicle code violations. The driver of the vehicle, Cody Barnett, a documented criminal street gang member, failed to yield and a vehicle pursuit ensued. Barnett and his passenger, Tarah Henry, led Task Force Officers on a vehicle pursuit out of the city limits and into the unincorporated area of Hemet where the pursuit was terminated. Prior to the pursuit being terminated, a loaded firearm was discarded from the vehicle and recovered. A short time later and with the assistance of the Riverside County Sheriff’s Aviation unit, the suspect vehicle was located abandoned near the 44000 block of Taffle Ranch Road.

The Hemet/San Jacinto Valley Gang Task Force is one of five teams comprising the entire Riverside County Regional Gang Task Force, which is a collaborative effort of various law enforcement agencies with the goal of combating criminal street gangs.

Contributed - January 23, 2022
A 55-year-old motorist who allegedly struck and killed a woman trying to help an injured wild burro just north of Moreno Valley is due to be arraigned Tuesday on a second-degree murder charge.

Assault with a Deadly Weapon Arrest

Contributed - February 22, 2022
On February 10, 2022, at 9:00 PM, Thermal Station patrol deputies responded to the 79700 block of Avenue 42, in the unincorporated area of Bermuda Dunes, in reference a 17-year-old juvenile that had been shot multiple times. The investigation revealed the juvenile was in the area attempting to sale items via a social media application.