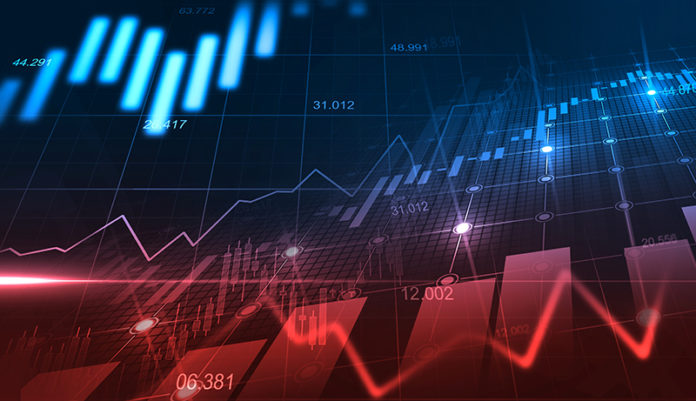 By STAN CHOE and ALEX VEIGA

NEW YORK (AP) — Wall Street took another sharp swing Wednesday, this time back to rally mode, as stocks and Treasury yields rose even as U.S. crude oil prices climbed to the highest level in more than a decade.

The S&P 500 rose 1.9%, recouping its losses from earlier in the week, after Federal Reserve Chair Jerome Powell said he supports a more modest rise in interest rates this month than some investors had feared. He also said he still expects inflation, which is at its highest level in 40 years, to moderate through the year.

“Although we’ve had some Fed governors lately saying ‘Oh my God, this is such a huge crisis,’ the conventional wisdom is slow and steady wins the race right now,” said J.J. Kinahan, chief strategist with TD Ameritrade.

The comments helped drive the market higher, adding to modest gains from earlier in the morning. Other areas of the market also gained ground a day after worries about Russia’s invasion of Ukraine sent the S&P 500 tumbling 1.5% and prices soaring for all kinds of commodities.

Treasury yields climbed after falling sharply earlier this week as investors clamored for safety. Gold receded, and a measure of nervousness among stock investors on Wall Street eased after swinging sharply in recent days.

“We’ve seen wild swings, but not major changes in the indexes,” said Jeff Kleintop, chief global investment strategist at Charles Schwab. “Geopolitical conflicts can be very unsettling, but you don’t tend to get bear markets from these, just periods of volatility.”

Markets have been spinning wildly as investors try, sometimes blindly, to gauge how high Russia’s attack on Ukraine will push prices for oil, wheat and other commodities where the region is a major producer. On top of that are worries about what upcoming hikes in interest rates by the Federal Reserve and other central banks around the world will do to the economy and inflation.

Powell said in testimony to Congress that the Fed is set to raise its key interest rate for the first time since 2018. But he also said the attack on Ukraine may have muddied conditions, with its impact on the U.S. economy “highly uncertain,” adding that “we’re never on autopilot.”

The Fed is balancing a tightrope where it needs to raise interest rates enough to rein in the highest inflation in generations but not so much that it pushes the economy into a recession. All the while, higher interest rates tend to put downward pressure on stocks and most other investments.

The yield on the 10-year Treasury leaped to 1.89% from 1.72% late Tuesday, while the two-year Treasury surged to 1.53% from 1.31%. Yields, though, remain well below where they were before Russia’s invasion. The 10-year yield was above 2% last month, before it plunged as investors plowed into investments seen as safer amid worries about war.

The move follows a perhaps less impactful decision by the United States and other major governments in the International Energy Agency to release 60 million barrels from strategic reserves to boost supplies.

“Markets dismissed the notion that 60 million barrels of strategic reserves released will be consequential to the risks of Russian supply jeopardized,” Tan Boon Heng of Mizuho Bank said in a report. “Russia pumps more than that in just six days.”

More than 90% of stocks in the S&P 500 rose, with technology, financial and health care companies accounting for a big share of the rally. Bank stocks led the gainers, climbing 2.6%, as higher longer-term interest rates can mean bigger profits for them making loans. Energy stocks also helped lift the index as they rode higher energy prices.

Ford jumped 8.4% after it said it was accelerating its transformation into an electric-vehicle company and split its EV and internal combustion operations into two individual businesses.

Russia’s central bank said stock trading on the Moscow exchange would remain closed Wednesday for a third day, though trading of currencies and precious metals would resume for the first time this week.

Late Tuesday, President Joe Biden announced he was joining U.S. allies in closing the country’s air space to Russian aircraft, the latest in a set of sanctions and other measures meant to isolate Russia.

But Biden also said in his annual State of the Union speech that he would try to cushion Americans against the impact of higher oil prices. “I will use every tool at our disposal to protect American businesses and consumers,” Biden said.