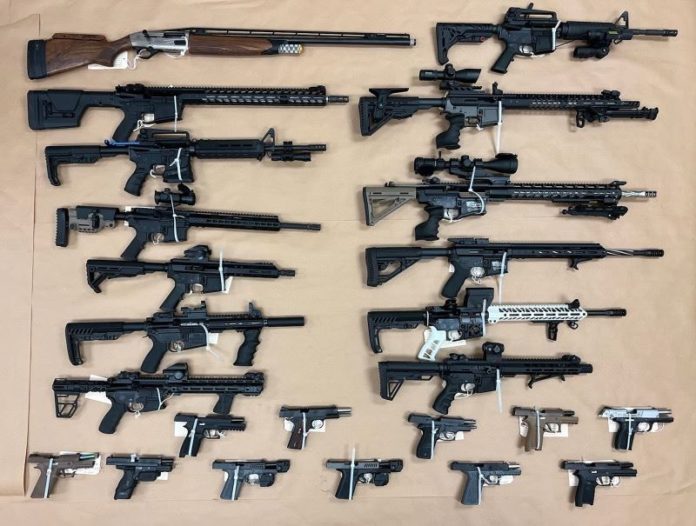 On Tuesday, June 7, 2022, at 4:30 P.M. the Coachella Valley Violent Crime Gang Task Force conducted a follow-up investigation related to an illegally possessed firearms arrest by Deputies from Indian Wells Special Enforcement Team that occurred on May 19, 2022. Gang Task Force Officers conducted a vehicle stop on Hwy 111 and Miles Avenue in Indian Wells. A search warrant was subsequently obtained to search the vehicle during which time Gang Task Force Officers located a concealed loaded 9mm semi-auto Handgun without a serial number, commonly referred to as a “Ghost Gun”. The driver of the vehicle Austin Edwards, 23 of Palm Desert was arrested at the scene.

The Coachella Valley Violent Crime Gang Task Force is committed to creating safe and secure neighborhoods free of violent crime and gang activity. If you have any information about this crime, please contact CVVCGTF member Deputy Henson or Indian Wells SET Deputy K.Martinez at (760) 836-1600. If you have non-emergency information regarding gang activity, please use our online Gang Task Force Tip Form or call 951-922-7601.

Contributed - December 1, 2020
Two people were injured Monday in a two-car collision on the north end of Moreno Valley that caused one of the vehicles to roll over, leaving the injured driver trapped for a time in the wreckage.

Associated Press - June 1, 2022
An exterior door at Robb Elementary School did not lock when it was closed by a teacher shortly before a gunman used it to get inside and kill 19 students and two teachers, leaving investigators searching to determine why, state police said Tuesday.