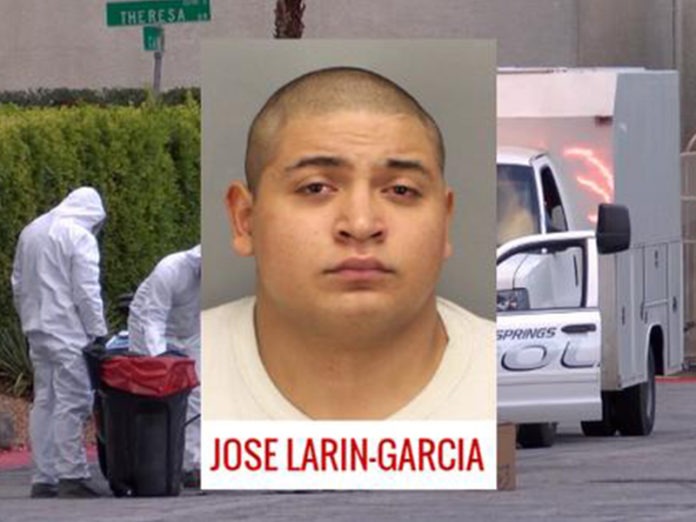 “Each victim suffered a gunshot wound to their head…all four were executed,” said Paixao. The prosecution says on the night of the murders; Larin-Garcia was in a car with three of the four victims. Paixao said Yuliana Garcia was driving, Juan Duarte Raya was in the passenger seat and Jacob Montgomery and Larin-Garcia were both in the backseat. She says the four were driving in Duarte Raya’s green Toyota Corolla, and that direct Facebook messages reveal Jacob Montgomery was going to sell drugs to the fourth victim, Carlos Campos Rivera. “These are the last known messages these two engaged in,” said Paixao.

Paixao said when the Corolla approached the agreed upon meeting spot in Palm Springs around 11:30 that night, shots were fired — killing Carlos Campos Rivera. A witness said the Corolla then sped away. The four inside the Corolla were heading down E. Sunny Dunes Rd. when a witness heard additional gunshots. Paixao said it was at that moment that Larin-Garcia shot and killed the other three inside the car.

“They didn’t stand a chance. There was the element of surprise. There was determination and there was an execution that was occurring inside that car,” said Paixao. She says Larin-Garcia jumped out of the moving Corolla before it crashed.

She says police found him hiding under a truck without his shoes, and that a later investigation revealed he had the blood of both Montgomery and Duarte Raya on those shoes.

While no gun was recovered from the scene, the prosecution says investigators found ammunition in Larin-Garcia’s bedroom.

“The ammunition is consistent with the ammunition of the 9 millimeter weapon that was used for all four of the murders,” said Paixao.

Larin-Garcia was taken to Desert Regional Medical Center the night of the murders, where he fled. He was arrested by police at a bus stop in the following days.

In court on Monday, Larin-Garcia appeared calm. He did not turn to face the victims’ families or press that were present.

The defense is expected to deliver their opening statement on Tuesday at 9 a.m. Larin-Garcia could face the death penalty in this case, if convicted. Watch News Channel 3 at 5 and 6 p.m. on Tuesday for the latest developments in court.

Watch News Channel 3 at 5 & 6 p.m. for a closer look at what happened in court today. You can follow along with the proceedings as News Channel 3’s Madison Weil live tweets from the courtroom.

Four victims, ages 17 to 25, were found shot and killed in Palm Springs just before midnight on February 3rd, 2019.

Three of the victims were found inside a car that crashed at Sunny Dunes and El Placer roads. “I heard this terrible noise about 11:30 at night…it was sort of a crash and a screeching noise,” a neighbor told News Channel 3 at the time.

The fourth victim was discovered in the street a few blocks away. Court documents reveal all four victims were shot twice in the head.

When police arrived at Sunny Dunes and Desert Way, police found Larin-Garcia hiding under a truck. He appeared intoxicated and covered in blood.

“They told him to get up from under the truck and the next thing the ambulance showed up and they were working on the fella. And then they just took him away,” another neighbor told News Channel 3.

We now know Larin-Garcia was taken to Desert Regional Medical Center for treatment. Security footage shows him running away from the property.

Detectives have testified he then went to a friend’s house who he had buy him a one-way bus ticket to Florida using a fake name. Prosecutors say he was preparing to flee – shaving his head and beard to change his appearance. He was arrested waiting at the bus stop.

In 2019, News Channel 3 spoke to family and friends of the victims.

“Right now is the time when we show everyone love and respect because they didn’t deserve this death,” said a family friend of Yuliana Garcia.

Larin-Garcia is charged with four counts of murder. He also faces a special-circumstance allegation of committing multiple murders, opening him to the death penalty if convicted.

Opening statements are expected to begin at 9 a.m. on Monday at the Larson Justice Center in Indio. News Channel 3’s Madison Weil will be covering the case. Watch on Monday at 5 and 6 p.m. for new details on the case. 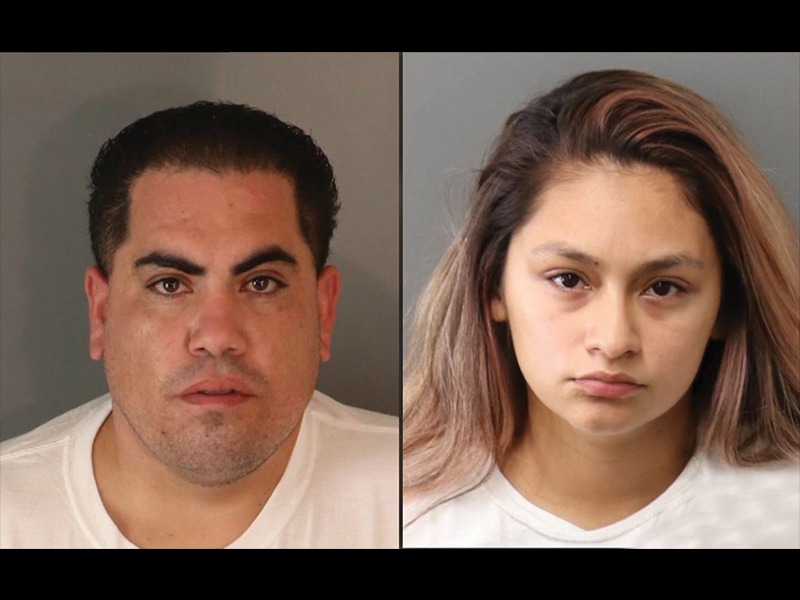 Contributed - October 2, 2021
An alarmingly large load of drugs generally used as a tranquilizing agent for elephants and other large animals was seized from a home in Perris, and a couple now faces multiple drug charges in the case.