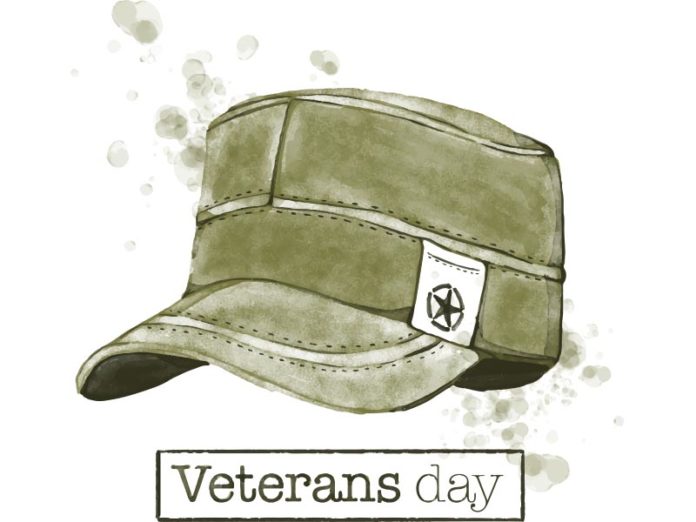 A veteran and writer puts his pain on paper

On November 11th, folks from numerous generations and beliefs will gather from early morning until late afternoon somewhere, perhaps at a park in Hemet, to pay homage and thanks to our military veterans of the many wars our country has fought in defense of liberty and justice for all.

Lofty words respecting honorable deeds, battle scars and the paying of the ultimate price – loss of life. Young boys and girls, who are too young to understand the gravity of the day, will frolic across the green grass and beneath the hundreds of flags of liberty fluttering beneath a clear sky as planes soar above to respect the event far below them.

There will be politicos and other officials with their usual commentaries about the day and the sacrifices it represents. You’ll see an exhibition of vintage cars, vendors hawking souvenirs, and stalls of food and clothing. The local first responders were well-represented by the police, fire and A.M.R. personnel. All of these things have become the norm for holidays. It often takes on the resemblance of some ancient Bazaar. But some more important things come to me as a veteran of two wars.

Love and comradeship are precious qualities that seem to be tossed about like leaves in the wind, with seemingly little value in our current society. On Veterans Day, old warriors in wheel chairs, some supported by crutches, will be enjoined as one family with two or more generations of citizens.

Wide-eyed young boys will listen with awe as (sometime exaggerated) battlefield sagas are exchanged among the old vets from WWII . Some will speak of the retaking of Paris and what a great turn out there was for the Americans who marched down the Champs-Elysees. They will be remembering the beautiful girls who showered the G.I.’s with hugs, kisses and bouquets of flowers.

Yours truly was stationed thousands of miles away from home on the small 2 x 4 mile island of Tinian, a part of the Mariannas Islands. Today they call it Micronesia.

We were still at war with Japan.

We listened in the mess hall on radio as President Harry Truman announced that the Japanese had surrendered. It was a happy occasion and the beer flowed like the Mississippi River.  Our day would come In August 1945 when, our Captain Paul Tibbets of the 509th Composite Group, stationed with the 308th Bomb Wing of the 20th Air Force piloted the Enola Gay, a B-29 (named after his mother) and dropped a bomb of death on Hiroshima: a bomb that forever changed the notion of war.

Sage older veterans remember that day every year as they will this year. There will be laughter and yes, tears as folks remember those who did not come home from the wars: World War II, The Korean Conflict, Vietnam, the Gulf Wars , Iraq and Afghanistan.

Time will have diminished the agony of old pain and suffering. Someone once said that all tragedy, looking back, has a comedic side. That’s true. However, during this hallowed time of remembrance, folks who lost fathers, husbands, brothers and sons will recall personal sacrifices both on the battlefields and on the home front.

Something I had forgotten, now comes home to me again. Old warriors do not like war. They’ve seen enough to last two life-times. I imagined a conversation between some teen-aged boys and a vet from Vietnam who lost his left arm at D’nang. One of the teens, looking forward to enlisting when he turns 18, gung ho for battle, might brag about conquest. “I can’t wait to get over in Korea and take out that North Korean dictator.” or, ‘ Let’s take out those Iranian thugs.”

The vet, might respond, “Why are you so anxious to get yourself killed?”

He probably hasn’t given a thought to the millions that might die in such a war, but an old vet may set him straight. “Maybe you ought to consider the cost of war before you wish it on yourself. It cost me an arm.”

“I had buddies who were blown to bits. Is that what you want? That’s war, kid. You’ve seen too many parades.” Will the boy be dissuaded? I doubt it.

I love it when a seasoned veteran has the opportunity to set a young fellow straight on the realities of war. No matter how much we hear “Let’s bomb the hell out of them,” nobody wants to be the victim of such a consequence.

There will be harmony and peace among us as the sun sets in the west and we hear taps while the flags are lowered. Perhaps we will have a record turnout of old and young warriors.. Yes, they will have spoken of war and their involvement, but I doubt we will hear one veteran say, “Let’s bomb hell out of them.” Peace will prevail, as “Old Glory” times two or three hundred waves in the afternoon breeze.

Search: Beneath the celebration 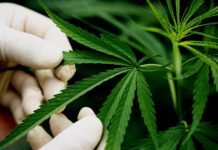 Contributed - March 15, 2022
There’s nothing like war to hasten the spread of a plague. It’s impossible to maintain handwashing, social distancing and masking in the middle of a siege. The war in the Ukraine makes COVID-19 spikes in the region “inevitable,” writes Alice Park at Time; those surges in turn could provide fertile ground for new variants to emerge.

The outrage of police defunding

Michael Peterson - June 18, 2020
The phrase "defunding the police" has to be perhaps one of the worse marketing ever done in history. However, the vagueness of this term gives politicians a lot of wiggle room to use the language without defining what they will actually do.