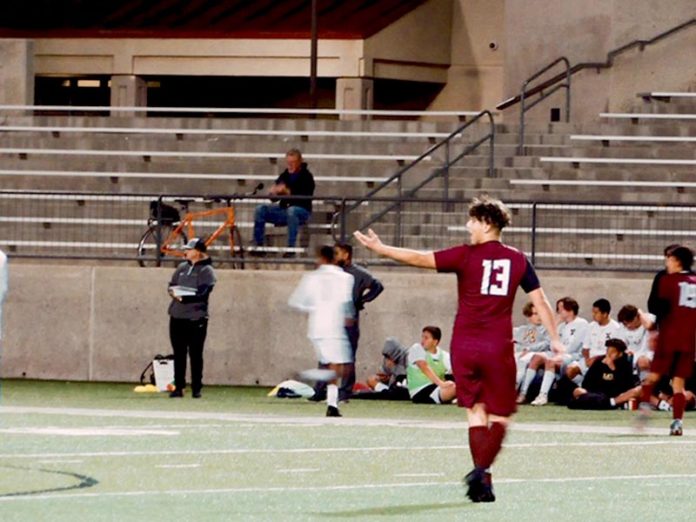 SJHS Girls off to a fast start

Soccer season has started for high school boys and girls in the valley and there is a lot to dive into. In the boy’s division competition is stiff. All of the teams in the Mountain Pass League are tied with three wins so far, with the exception of West Valley who only has one win on the season. San Jacinto is leading the way with eleven goals on the season, but that isn’t their only claim to fame: they have also held opposing teams to only four goals so far. That’s the best Goal Scored vs Scored Against ratio in the league. Tahquitz’s soccer team has been great at scoring goals, however, they haven’t been the best at defending: they have scored 15 goals but have had 19 scored against them.

At this point, it looks like San Jacinto is on the fast track to compete in the playoffs. Hemet has a good team with a lot of potential but seems to be struggling on the offensive side of the ball. They’ve only scored eight goals in seven games. Their opponents have scored twelve goals. SJ needs to button up their defense and offense if they want to get back to where they finished last year. Hemet finished last year with 55 goals and only 36 against and made a deep playoff push.

In the girl’s division, San Jacinto is leading the way with a 7-1 record. They have been blowing by opponents with 39 goals scored already and only nine against. Hemet has a 3-2-1 record and has scored 20 goals against their opponents this season. They have only been scored against eight times. Both teams seem built to make deep playoff runs this year. This is especially true of Hemet who has five very impressive Freshmen on their team. These five young up-and-comers play on the Legends FC club team and just returned from an impressive showing in a tournament held on the East Coast. They will be looking to lead Hemet into the playoffs this season and will be dangerous in the future. They already have the chemistry, trust, and sisterhood that usually takes years to build.

West Valley and Tahquitz are at the bottom of the girl’s division. Tahquitz has a 0-4 record with only two goals scored and 12 scored against him. West Valley has a 1-7 record they have scored 11 goals but have been scored on 21 times. Last year Tahquitz finished 3rd in the league. It doesn’t look like they will be in that same position when this season is over, but there is a lot of soccer left to play. Stay on the lookout for future updates about the soccer in the valley.

Involve your kids in sports

Kyle Headlee - June 22, 2019
High school sports have been losing popularity the last ten years, some schools have even stopped playing certain sports due to...