On Friday, September 30, 2022, at 2:54 PM, deputies from the Thermal Station responded to the 87100 block of Center Street in Thermal, regarding reports of an intoxicated teacher at a local school campus. A student inside a classroom called their parent to say they believed their teacher was intoxicated and students in the class were frightened by the teacher’s behavior. School officials, along with campus security, contacted the teacher and removed him from the classroom while they waited for law enforcement to arrive.

The investigation revealed, Marcos Jesus Espinoza, a 44-year-old resident of Palm Desert and teacher at the school, was believed to be under the influence of alcohol and believed to have consumed it while instructing students. Espinoza was arrested and booked at the John Benoit Detention Center for public intoxication, possession of alcohol on school grounds, and child endangerment.

Anyone with information about this investigation is urged to contact Deputy Telles of the Thermal Sheriff’s Station by calling 760–863–8990. If you wish to remain anonymous, call Valley Crimestoppers at 760–341–7867.

Contributed - December 3, 2020
On December 2, 2020, at 7:00 A.M., deputies assigned to the Coachella Community Action Team (CCAT) served a search warrant with the assistance of La Quinta Special Enforcement Team (SET), The Southern Coachella Valley Community Service District Team (SCVCSDT), and the Coachella Valley Violent Crime Gang Task Force (CVVCGTF) at three locations in the cities of Coachella and Indio. The search warrant stemmed from a robbery incident which occurred on November 29th, 2020 at De Oro park in the city of Coachella. 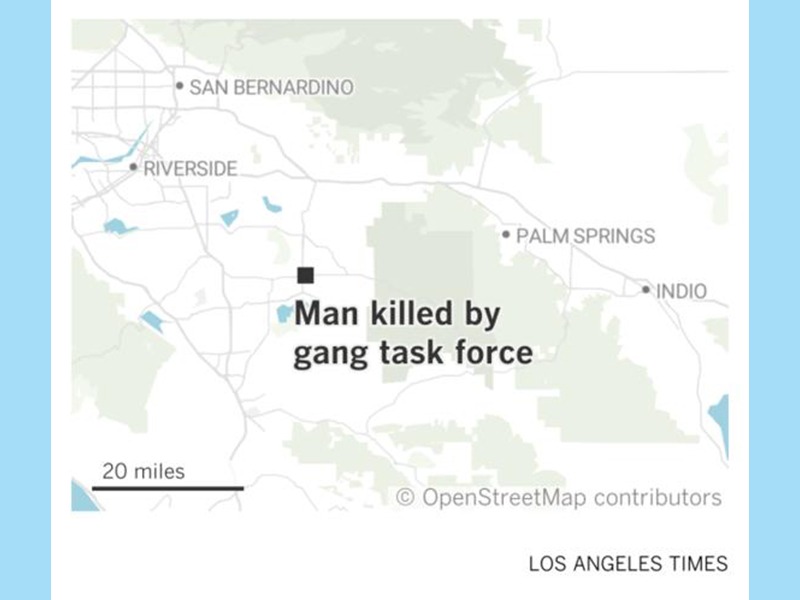