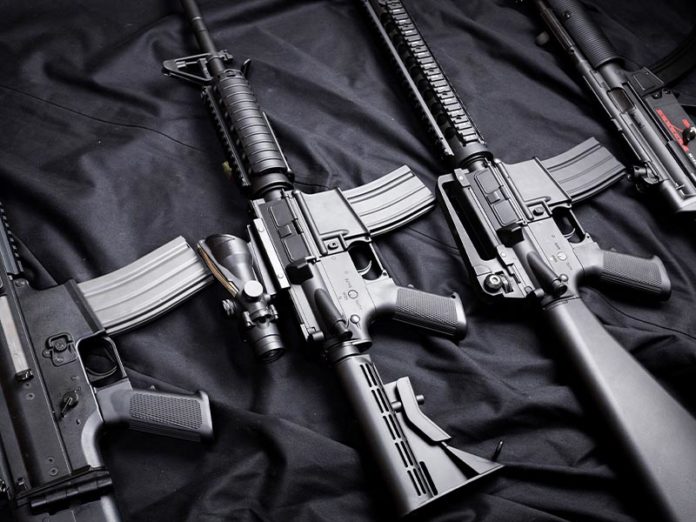 ALBANY, N.Y. (AP) — New Yorkers under age 21 will be prohibited from buying semiautomatic rifles under a new law signed Monday by Gov. Kathy Hochul, making the state among the first to enact a major gun control initiative following a wave of deadly mass shootings.

Hochul, a Democrat, signed 10 public safety-related bills, including one that will require microstamping in new firearms, which could help law enforcement solve gun-related crimes.

Another revised the state’s “red flag” law, which allows courts to temporarily take away guns from people who might be a threat to themselves or others.

“In New York, we are taking bold, strong action. We’re tightening red flag laws to keep guns away from dangerous people,” Hochul said at a press conference in the Bronx.

The quick action in New York further illustrated the sharp divide between Republican and Democratic leaders on how to respond to gun violence.

In New York, most people under age 21 had already been banned from owning handguns. People age 18 and over will still be allowed to own other types of long guns, including shotguns and bolt-action rifles.

Part of New York’s new law will also require all purchasers of semiautomatic rifles to get a license, something now required only for handguns.

Proposed federal legislation that would require buyers of semiautomatic weapons to be 21 is advancing in the U.S. House, but is seen as facing long odds in the Senate.

A handful of states require people to be 21 to purchase any firearms, including Florida, which raised the age for legally purchasing a rifle after a 19-year-old gunman killed 17 people at a high school.

Hochul also signed a bill Monday that will restrict sales of bullet-resistant vests and armor only to people in certain professions.

The governor said New York will continue to invest in prevention of gun-related crimes by partnering with local communities and continuing to strengthen laws by putting pressure on Congress.

“Today is the start, and it’s not the end,” said Hochul. “Thoughts and prayers won’t fix this, but taking strong action will. We will do that in the name of the lives that have been lost, for the parents who will no longer see their children stepping off the school bus.”

Uvalde tells Biden to ‘do something’; he pledges ‘we will’

Associated Press - May 30, 2022
President Joe Biden grieved with the shattered community of Uvalde on Sunday, mourning privately for three hours with anguished families of the 19 schoolchildren and two teachers killed by a gunman. Faced with chants of “do something” as he departed a church service, Biden pledged: “We will.”