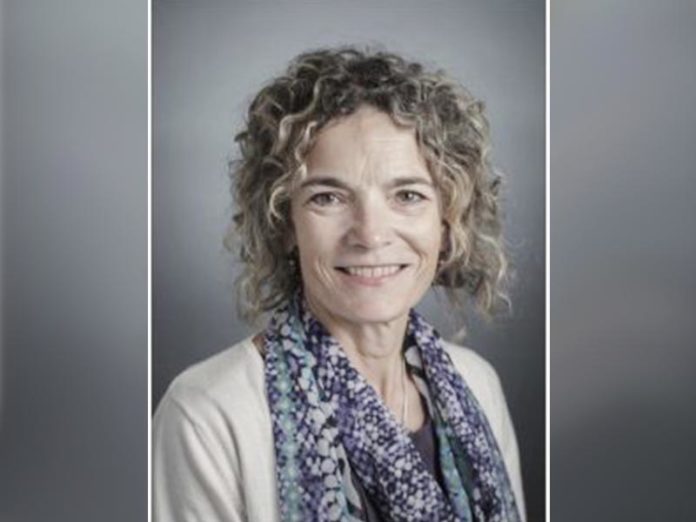 By Kathy Kiely, University of Missouri School of Journalism

Once upon a time, having a job at a newspaper meant working in one of the most imposing buildings in town, inhaling the acrid aroma of fresh ink and the dusty breath of cheap newsprint and feeling mini-earthquakes under our feet every time the presses started to roll. For those of us old enough to remember those days, National Newspaper Week 2019 could be one big, fat elegiac nostalgia trip.

Today, many newspapers are ditching the imposing buildings for low-rent storefronts and have outsourced the printing. Those could be the newspapers that are left. My hometown had three daily newspapers when I was a kid. Now it’s down to one that shows up in print just three days a week. Youngstown, Ohio just became the first major American city without any newspaper at all. As University of North Carolina professor Penny Abernathy has documented in her groundbreaking research on the news desertification of America, upwards of 1,300 communities that had newspapers of their own in 2004 now have none.

But if we ink-stained wretches fall prey to the temptation to spend National Newspaper Week crying in our beers, we’d be wasting an opportunity.

Real newshounds don’t wallow in the cozy memories of a sepia-stained past. We are about the now and the next. Our job has always been to help our communities recognize the today’s challenges of today and turn them into the tomorrow’s promise.

Yes, it’s awkward that of today’s biggest challenges involves us —the newshounds. We’ve always been better at telling your story than telling our own. Yet this is your story too: The future of democracy is inextricably bound up with the future of a free press.

So here, dear readers, are some facts you need to know:

Newspapers are more than a medium

Increasingly, for both younger and older readers, that low-grade paper with come-off-on-your-hands ink is being replaced by bits and bytes that light up your phone or tablet or computer.

What can’t be replaced, however, and what should never be made obsolete is the primary function that newspapers have traditionally performed: Deploying small armies of reporters, photographers and editors to find and produce stories on everything from natural disasters to political scandals to your neighbor’s golden wedding anniversary, to catch the mistakes before they make it into print and to correct them when they do (hey, we’re human).

You never paid for news

That 25 or 35 cents you used to plunk into a newspaper box didn’t came close to covering what it cost to produce what we newsroom denizens like to call “the daily miracle.” The high cost of public service journalism has always been subsidized by advertisers. And the big dogs in the economic equation were not the car dealers or department stores who bought those big, full-page displays. At most newspapers, classified ads produced the lion’s share of revenues.

The internet broke that model. Newspaper advertising revenue has nosedived to levels that are less than one-third of what they were in 2005, a study from the Pew Research Center found. The result is all too sadly predictable: newspapers employed fewer than half the number of people in 2016 that they did at the beginning of this century, according to the Bureau of Labor Statistics.

Readers might not notice the hollowing out of newsrooms because today, we have, if anything, too much information at our disposal.

The same digital revolution that blew a hole in newsroom budgets and turned Craigslist and eBay into advertising behemoths also created new paths to publication. According to a 2018 survey by the Pew Research Center, more Americans now get their news from social media than from newspapers.

There’s something to be said for no longer having to work for a company that could afford an army of editors and truck drivers to get your voice heard. Historically, the owners of imposing buildings and giant printing presses have been rich white guys, and that had an unquestionably distorting effect on the news.

But not everyone who’s publishing via smartphone and YouTube is a promising writer or videographer giving voice to underserved communities. A lot are peddlers of propaganda, snake oil, disinformation and dissension.

Nor is social media as free as it seems: We pay by providing our personal data every time we log on and, often, every time we make a purchase IRL (in real life). Social media sites that data to deliver information that’s likely to keep you on their sites: A resident of Moberly, Missouri who shops at Cabela’s and is Facebook “friends” with Donald Trump supporters is likely to get a very different news feed on Facebook than one who lives in New York City, listens to NPR and “likes” former President Barack Obama’s page. It’s a recipe for never having your received opinions challenged or your mind changed.

You can do something about this

OK, I will cop to waxing sentimental for the rumble of the printing presses underfoot. But I’m not arguing that we should turn off the internet and replace it with ink and paper. What I do think readers can do this National Newspaper Week is become more mindful about their information diet. Right now, a lot of us are living on nutrition-free snacks.

There are still plenty of sources of whole-grain news out there. Some of them, are non-profit news organizations; some are launching web start-ups to fill the gap left when legacy media outlets folded. And some are still at those legacy outlets, trying hard to find new revenue streams.

Here are some ways to recognize purveyors of real news: Do they sometimes make you a bit uncomfortable by raising doubts about what you thought to be true? Do they make it easy for you to reach a real human being if you have a question or a complaint? Do they correct their mistakes? Do they ask you to subscribe or donate? Because gathering facts costs.

Yes, supporting real news is a more expensive proposition for readers than it used to be, but it’s cheap when you consider what you’re really paying for.

As my former Gannett News Service colleague, University of Kentucky journalism professor Al Cross put in a bumper sticker he had commissioned a couple years back, “Support democracy: Subscribe.”