Season One of the 2022 Tribute Mania Concert Series continues on Saturday January 22nd with a Tribute to Prince, performed by Prince Again. This group is the world’s #1 Prince tribute band and local fans have been anxiously awaiting this first appearance at HHT. Tickets have been selling fast, but are expected to still be available on day of show.

Prince Nelson was an American singer-songwriter, multi-instrumentalist, record producer, and actor. He was known for his flamboyant persona and wide vocal range, which included an extreme falsetto and high-pitched scream. Prince pioneered the Minneapolis sound, and his music incorporated a wide variety of styles, including funk, R&B, rock, new wave, soul, synth-pop, pop, jazz, and hip hop. He often played most or all instruments on his recordings.

A prolific artist, Prince released 39 albums, with a vast array of unreleased projects left in a vault at his home after his death. He released hundreds of songs, as well as writing songs that were made famous by other musicians, such as “Nothing Compares 2 U” and “Manic Monday”. It is estimated that he wrote well over 500 songs.

Prince sold over 150 million records worldwide, ranking him among the best-selling music artists of all time. His awards included the American Music Awards for Achievement, the Billboard Icon Award, an Academy Award, and a Golden Globe Award. He was inducted into the Rock and Roll Hall of Fame in 2004.

Prince died in 2016 at the age of 57, from an accidental fentanyl overdose at his home in Minnesota.

Meanwhile, tickets remain available for this Saturday’s 100-Year Anniversary Gala starring Rich Little. Tickets are $100 general admission and $200 for VIP seating at the foot of the stage. 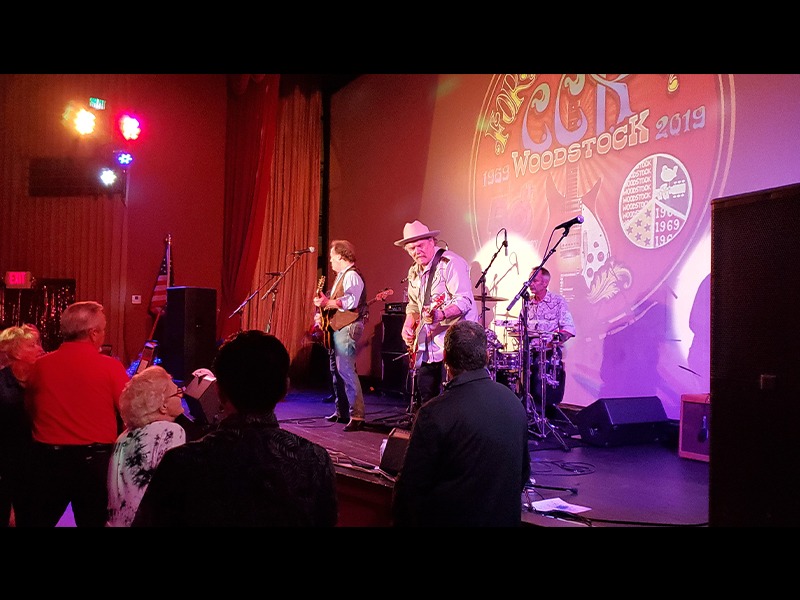 FORTUNATE SON RETURNS (TWICE) TO HHT WITH TRIBUTE TO CCR

Contributed - June 27, 2021
On Saturday July 10th, Brad Ford returns to the Historic Hemet Theatre with his band, Fortunate Son, to perform their remarkable Tribute to Creedence Clearwater Revival and the music of John Fogerty. A week later on Sunday July 18th, Brad will return as part of the Celebration of Life for Bryan Carrier.

Sarasota, Florida, AND THE JOHN AND MABEL RINGLING MUSEUM OF ART

Arlene Lehtone - March 12, 2020
My husband Lloyd and I are in St. Petersburg, to start our ten-day escorted motor-coach tour around Florida. Twenty-eight of us are from England