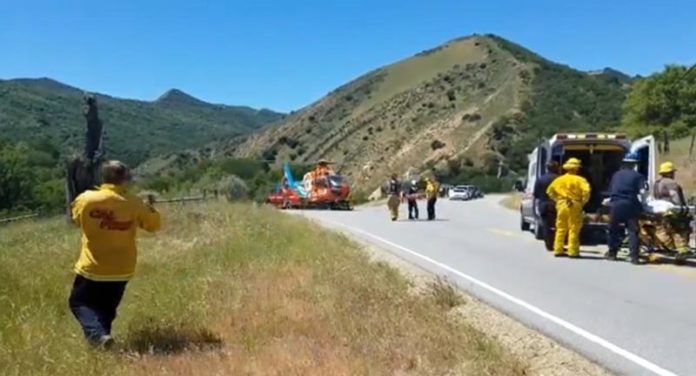 MESA VERDE — Four juveniles were involved in a fatal UTV crash, including two teenage San Jacinto boys who were crushed to death, Sunday morning, Sept 15. Two girls, including one from San Jacinto and another from Blythe were also injured in the deadly accident, according to CHP and Cal Fire officials.

The deadly crash happened in a dirt area on the 13800 block of Mesa Dr. near Green St., west of Blythe in the unincorporated community of Mesa Verde.

CHP and other emergency personnel were dispatched to the crash shortly before noon, after receiving reports of four juveniles involved in a rollover accident, CHP reported on September 16.

Based on the severity of at least one of the victim’s injuries, an air ambulance was summoned to the scene and eventually life-flighted one or more of the critically injured victims to Desert Regional Medical Center in Palm Springs.

Two of the victims, described only as 14 and 13-year-old boys – who had not been wearing safety belts when the accident happened – died from their injuries as a result of the crash. Two girls, ages 13 and 9 – who had been seat belted into the side-by-side UTV – suffered minor injuries. Both girls were hospitalized after the crash.

During their subsequent investigation, CHP determined a 13-year old girl had been driving a 2015 Polaris RZR with three passengers on board the UTV just before the deadly accident.

As she was operating the vehicle, the teenage girl attempted to make a sharp left turn, causing the Polaris to overturn onto its right side.

As the vehicle rolled onto its side the two teenage boys, who were not wearing seat belts and had been sitting on top of the right rear door panel of the vehicle, were ejected and then crushed to death by the overturning UTV, according to CHP.

Although officials have not released the victims’ names, CHP has said all of the teens were from San Jacinto, while the 9-year-old girl is from Blythe.

Officials investigating the fatal crash have said they do not believe drug or alcohol intoxication were contributing factor in the crash, but their investigation is ongoing.