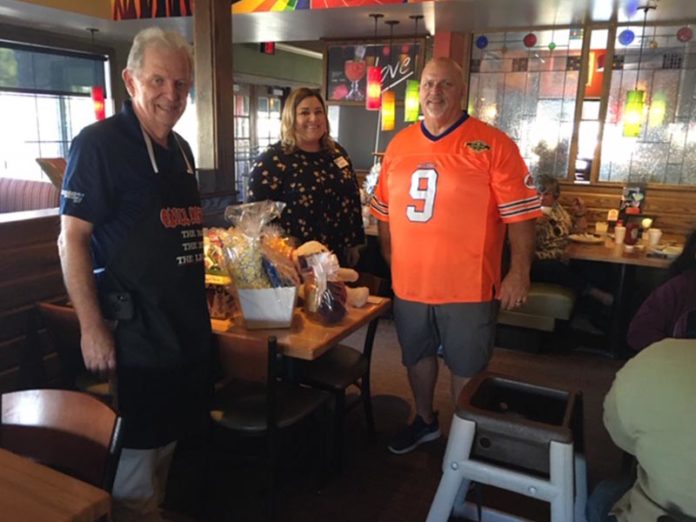 The Valley Community Pantry (VCP) held its first pancake breakfast of 2020 this past Saturday, January 27 at Applebee’s on Florida Avenue.

Liz Dubruille, Vice President of VCP was amazed at the turnout. “We try to hold this particular fundraiser two or three times a year: I feel like this event filled up very quickly and we had a turnover of patrons two or three times.”

Our Valley always comes together to help others in need, and Terry Larned of Hemet American Legion Post 53 is a great example.  “I think this a fantastic opportunity for the community to come out and stand behind Jim and the Valley Community Pantry, said the veteran.

Jim Lineberger, Executive Director/CEO of VCP , “In America, everybody deserves to eat: our particular constituency comes from three main groups: the elderly, our veterans, which are sometimes one-and-the-same, and single mothers. Of course, we will feed anyone who is hungry, but the overwhelming majority of our clients, some 97, 98 percent, come from those three groups. This event gets better and better every time, because we have more than 70 volunteers who help make it better and better,” said Lineberger, adding, “We saw lots of new faces, which is always encouraging.  Our next pancake event will be held on June.”

Lineberger also reminded patrons that this year will be a very special year for VCP as they will be celebrating 55 years of service and commitment to our valley.  “We will be holding open house on February 21 to celebrate this milestone,” said, Lineberger, urging all to come out in support and celebration.

The event raised close $1,100-an amazing amount for an event such as this.  Leonard Gleason, President of VCP thanked everyone who came out and urged all to come out to the 55th anniversary celebration.

City of Hemet completes Stetson Bridge ahead of schedule and within...

Contributed - September 13, 2019
On September 8, 2019, the City of Hemet hosted a ribbon cutting in celebration of the recently completed construction of the Stetson Bridge, located along Stetson Avenue between Cawston Avenue and Warren Road.