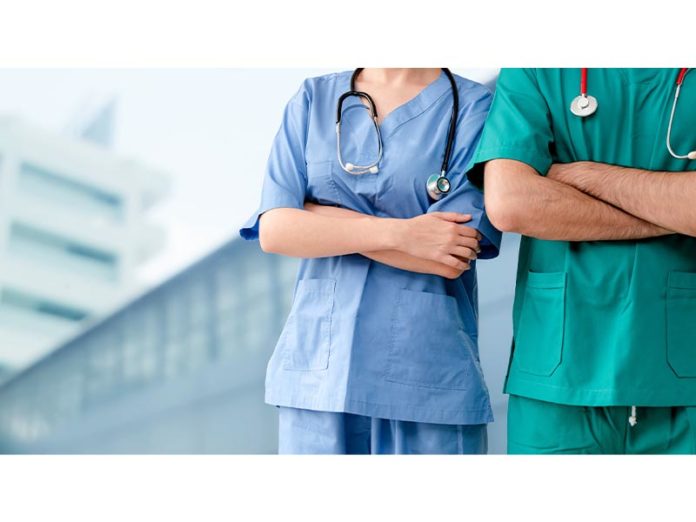 Enrollment in Medicaid soared to record levels during the pandemic. With more than 80 million people now getting health coverage through Medicaid and the Children’s Health Insurance Program, more Americans rely on the public safety net than ever before.

That’s especially true for the country’s children. More than one-third of kids get their health coverage through the program, and 70% of children from families with incomes under 200% of the federal poverty line rely on it. It’s also a story of racial equity, since the share of Black and Native American children on the program is nearly double that of white kids.

That means any near-term changes to the program could have big implications for a large chunk of the nation’s children and families, and especially families of color. The pandemic ushered in some key enhancements to boost Medicaid coverage, Joan Alker, executive director of the Center for Children and Families at Georgetown University, told journalists at last  Friday’s 2021 National Fellowship via Zoom. But if these emergency measures go away when the pandemic subsides, families on the margins stand to lose health coverage.

A big one is funding: The Medicaid program is a partnership between states and the federal government, with the feds matching a given state’s funding at a set level, which varies by state according to an abstruse formula. The emergency coronavirus bill passed in March 2020 gave states a 6.2% bump in the matching rate. But that big funding boost is set to expire when the federally declared “public health emergency” ends. (Health and Human Services Secretary Xavier Becerra just renewed it for another 90 days last week.)

“This is a very big question for states: When it this going away?” Alker said.

The federal bonus funds came with strings attached: States couldn’t kick people off their Medicaid rolls unless they asked to be or moved out of state. While that might seem like a minor point, states that have been politically opposed to growing their Medicaid programs have long turned to bureaucratic strategies to winnow the ranks. For instance, before the pandemic, Texas relied on a system of automated monthly income checks, which resulted in thousands of kids losing coverage despite their eligibility.

But that would change when the funding bump and its disenrollment restrictions expire. According to Alker, some states are eager to start paring their Medicaid rolls.

The broader losses of coverage could be huge, Alker said.

“Now we’re awaiting guidance from the Biden administration on how states have to do this, how to make sure that kids and families don’t lose coverage for procedural reasons, but this is potentially a huge issue, because we could see hundreds of thousands, if not millions of kids and families losing their coverage when this disenrollment freeze is lifted.”

But while other states might be looking to reinstate some of the red tape around their Medicaid programs, Alker says that on the flip side, other states have streamlined enrollment, promoted the use of telehealth (especially important for behavioral health), ditched premiums and looked for other ways to expand access during and before the pandemic. And it’s not just blue states like New York or Massachusetts. Alker calls Alabama the “star of the South” for insuring nearly 97% of its kids.

Spend too long on the arid plains of Medicaid and CHIP policy and it can become easy to forget why it matters and what’s at stake. A family who loses coverage before getting hit with a medical emergency potentially is liable to face financial devastation. But some of the consequences are more subtle than that, as Alker reminded journalists.

For a child with asthma, a condition that disproportionately impacts Black children, it could mean not having access to doctors and prescriptions for inhalers, she said. That in turns can lead to more missed school, which is correlated with lower rates of high school graduation. Alker and her colleagues at Georgetown partnered with the Commonwealth Fund last year for a report that detailed the long-term benefits of Medicaid for kids. The report links Medicaid enrollment to everything from lower rates of chronic disease to higher birthweights, higher rates of education and earnings, and even reduced mortality.

“We get in these budget debates, and we’re just looking at a year in a state budget, but thinking about the long-term consequences for kids and families and communities, when these kids are having trouble accessing the care they need, really is a big issue,” Alker said.