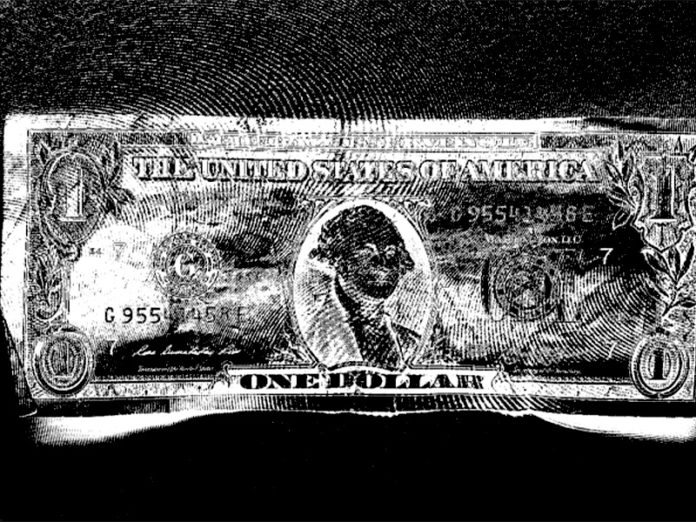 There’s a widespread belief that the exorbitant quantity of money the Federal Reserve is pouring into the U.S. economy must eventually mean the return of high inflation. After all, if there’s lots more money but no more stuff to buy, prices must rise, mustn’t they? So the prospect of Judy Shelton – known for her support of the gold standard – joining the Fed’s Board of Governors is raising the hopes of those who want the Fed to be stripped of its money creation powers.

But the Fed’s mandate is price stability. And, as I shall explain, if the Fed can’t vary the quantity of money in circulation in response to economic circumstances, it can’t stabilize the price of a dollar.

What is the “price” of a dollar? Some people like to express the dollar’s price in terms of gold – though as the dollar hasn’t been backed by gold since 1971, this is perhaps a bad attack of nostalgia. For them, the dollar’s price is anything but stable and the Fed is fatally undermining it.

Goldbugs think the rise in the dollar price of gold over the last century means the dollar is worthless (despite me arguing about it with them for hours). I have had similar arguments with people who think that massive rises in the stock market/bond market/real estate/bitcoin mean the dollar is hyperinflating. But as the dollar is not backed by assets, the rising price of assets tells us absolutely nothing about the price of a dollar.

If people reject a currency in favor of gold or another currency, its purchasing power falls to zero. This is known as “hyperinflation.” It has never happened to the U.S. dollar.

Furthermore, if the country is dependent on imports, a sudden exchange rate fall can mean it can’t pay for imports. All too often, the government’s response to these disasters is to print enormous amounts of its own currency in the hope of exchanging it for the foreign currency it needs. This fuels the exchange rate collapse and triggers domestic hyperinflation.

In the past, central banks and governments regarded the exchange rate as the most important price. They thought countries must “earn their way” in the world by exporting goods and services to other countries, and they knew controlling the exchange rate would help them to export. They also feared that if a country allowed its exchange rate to float against other currencies it would collapse, resulting in hyperinflation. So they pegged their currencies to gold or other assets, or even to each other.

“Fear of floating” determined monetary policy long after the end of the gold standard. Indeed, for many developing countries it still does. As recently as the 1980s, the Fed was actively managing the dollar’s exchange rate, aided by other central banks.

But after the failure of the Louvre Accord in 1989, the Fed switched to managing the dollar’s domestic purchasing power instead of the exchange rate. Along with most major central banks, it set a target of 2% per annum consumer price inflation and allowed the exchange rate to float.

Since then, the Fed has managed inflation by adjusting the interest rate it charges banks to borrow dollars. Bank lending creates purchasing power. Increasing banks’ borrowing costs encourages them to charge more for loans to individuals and businesses, which damps demand for loans and thus reduces bank lending. When bank lending falls, the rate at which purchasing power increases also falls. In other words, less bank lending means lower consumer price inflation.

Of course, U.S. banks create dollars when they lend. But the Fed doesn’t directly control the quantity of dollars they create. And it doesn’t restrict its own money creation either. It creates reserves in response to demand from banks, and provides liquidity to financial markets in response to signals from market participants. Contrary to popular opinion, this is intended not to allow inflation to run out of control but to maintain it at around the Fed’s 2% inflation target.

To understand why the Fed can’t meet its price stability mandate by directly controlling the quantity of dollars in circulation, it’s helpful to look at bitcoin’s behavior. Bitcoin’s algorithms control its quantity, not its price. The quantity of bitcoin in circulation increases at a constant rate and is ultimately limited to 21 million (even though this won’t be reached in the lifetime of anyone alive today).

The result of controlling the quantity of bitcoin rather than its price is price instability. Bitcoin’s price is subject to wild swings as demand for it fluctuates, while its quantity does not. This roller-coaster ride doesn’t really matter for bitcoin, because almost no one is buying their weekly shopping with it or hodling their life savings in it. But for the millions of people whose livelihoods depend on the dollar, price swings of the kind all too often seen on the bitcoin charts would be disastrous.

As we saw in September last year and March this year, international demand for dollars heads for the moon at times of crisis. So if the Fed wants the price of dollars to remain stable, it has no choice but to accommodate that demand by creating lots more dollars. This would still be true if it were targeting the exchange rate, by the way. International dollar shortages cause the dollar’s exchange rate to rise.

If the Fed adopted some kind of algorithm that kept the rate of money creation constant, or linked the dollar to gold or some other asset, the result would be renewed instability both in the dollar’s external value and its domestic purchasing power, not on the upside (exchange rate collapse and hyperinflation really are not a serious risk) but on the downside. We know from the 1930s that when the Fed is prevented by a rule or a gold standard from creating enough money to ease a crisis, the result is debt deflation and severe economic depression.

Let’s not go there again.