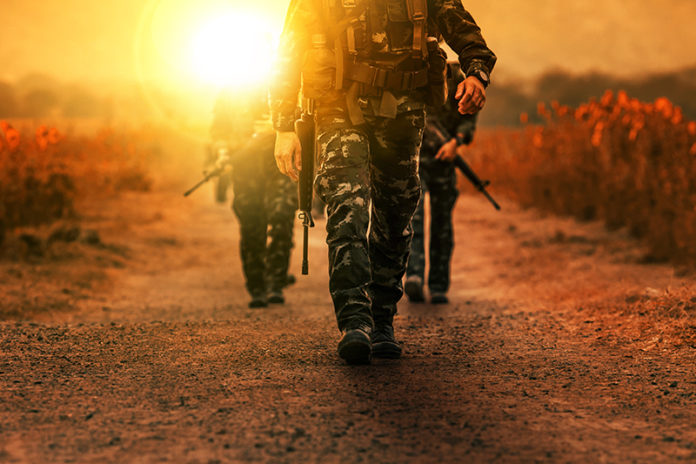 (34 US troops had brain injuries)

WASHINGTON (AP) — The Pentagon said Friday that 34 U.S. troops were diagnosed with traumatic brain injuries suffered in this month’s Iranian missile strike on an Iraqi air base, and that half of the troops have returned to their military duties.

Seventeen of the 34 are still under medical observation or treatment, according to Jonathan Hoffman, the chief Pentagon spokesman.

President Donald Trump had initially said he was told that no troops had been injured in the Jan. 8 strike. The military said symptoms were not immediately reported after the strike and in some cases became known days later. Many were in bunkers before nearly a dozen Iranian ballistic missiles exploded, damaging several parts of the base.

After the first reports that some soldiers had been hurt, Trump referred to them as “headaches” and said the cases were not as serious as injuries involving the loss of limbs.

Hoffman’s disclosure that 34 had been diagnosed with traumatic brain injury, or TBI, was the first update on the number injured in Iran’s missile attack on Ain al-Asad air base in western Iraq since the Pentagon said on Jan. 17 that 11 service members had been flown out of Iraq with concussion-like symptoms. Days later, officials said more had been sent out of Iraq for further diagnosis and treatment, but the Pentagon did not provide firm figures on the total or say whether any had been returned to duty.

Hoffman said that of the 34 with TBI, 18 were evacuated from Iraq to U.S. medical facilities in Germany and Kuwait, and 16 stayed in Iraq. Seventeen of the 18 evacuees were sent to Germany, and nine remain there; the other eight have been transported to the United States for continued observation or treatment.

The eight who were sent to the United States arrived Friday and will receive treatment either at Walter Reed National Military Medical Center in Bethesda, Maryland, or at their home bases, Hoffman said.

No one was killed in the attack on Ain al-Asad. The strike was launched in retaliation for a U.S. drone missile strike that killed Qassem Soleimani, the most powerful military general in Iran, on Jan. 3 at Baghdad International Airport.

The U.S. had no missile defense systems protecting Ain al-Asad from potential missile attack. Hoffman said Friday that deploying one or more Patriot anti-missile systems to Iraq is among options now being weighted by military commanders. The U.S. had deployed numerous Patriot systems to other countries in the region as protection against Iranian missile attack, including in Saudi Arabia, but a strike on Iraq was seen as less likely.

Trump has repeatedly claimed that no Americans were harmed in the missile strikes, an outcome that he said drove his decision not to retaliate further and risk a broader war with Iran. He credited the minimized damage to an early warning system “that worked very well” and said Americans should be “extremely grateful and happy” with the outcome.

Some members of Congress this week pressed the Pentagon for more clarity on the scope of the TBI cases resulting from the Iranian attack. Rep. Bill Pascrell, D-N.J., wrote senior Pentagon officials on Thursday requesting additional details on casualties from the attack.

On Friday morning, Defense Secretary Mark Esper directed the Pentagon’s acting undersecretary of defense for personnel and readiness, Matthew Donovan, to begin working with the staff of the Joint Chiefs to review how military injuries are tracked and reported — not just TBI cases but battlefield injuries of all kinds, Hoffman told reporters.

“The goal is to be as transparent, accurate, and to provide the American people and our service members with the best information about the tremendous sacrifices our warfighters make,” Hoffman said.

Traumatic brain injury is a type of casualty that the U.S. military began to understand and deal with during the height of the Iraq war, where roadside bombs — including particularly effective ones produced by Iran — caused severe injuries and death to thousands of U.S. troops.

Search: 34 US troops had brain injuries

Biden and Congress face a summer grind to create legislation

Associated Press - June 22, 2021
WASHINGTON (AP) — Until recently, the act of governing seemed to happen at the speed of presidential tweets. But now President Joe Biden is settling in for what appears will be a long, summer slog of legislating.

Under pressure to ease up, Biden weighs new virus response

Associated Press - February 10, 2022
Facing growing pressure to ease up on pandemic restrictions, the White House insisted Wednesday it is making plans for a less-disruptive phase of the national virus response.